Rayo Vallecano beat Real Madrid 3-2 to knock Carlo Ancelotti’s side off top spot in Spain in the shock result of the season so far.

With 14,000 squeezed into their three-sided ground in the Vallecas neighbourhood on the outskirts of the capital they roughed up the Champions from the first kick and fully deserved all three points.

Carlo Ancelotti had picked a team full of players who will be at this month’s World Cup and they looked as if they had their heads in Qatar already as Rayo played the better football and became the first team in La Liga to beat them. 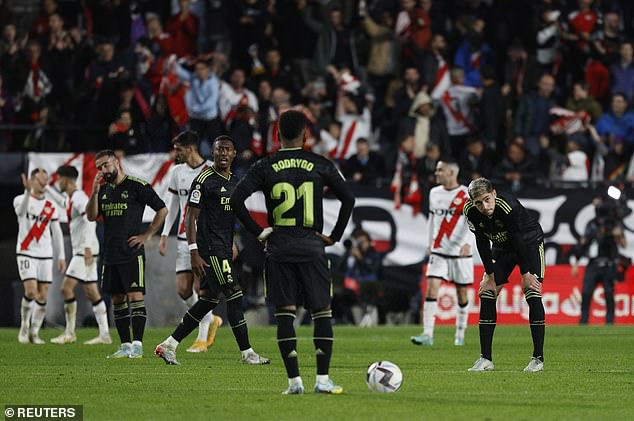 The result means, Madrid missed out on the opportunity to take top spot in LaLiga 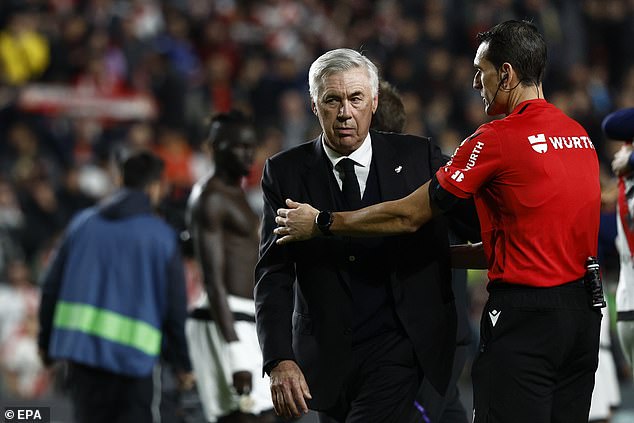 There budget is around 50m euros – Real Madrid’s is 680m but it never showed from the moment Rayo took the lead five minutes in.

Fran Garcia crossed from the left and Santi Comesana scored with Madrid rattled and Vinicius booked by referee Juan Martínez Munuera who went across to speak to Anceloti to ask him to calm his player down.

Madrid found a way back into the game when Marco Asensio went down under a challenge from Fran Garcia in the area and VAR gave a penalty. The referee had waved away Madrid’s initial appeals but after what seemed an age he was finally told to check the replay pitchside and pointed to the spot. 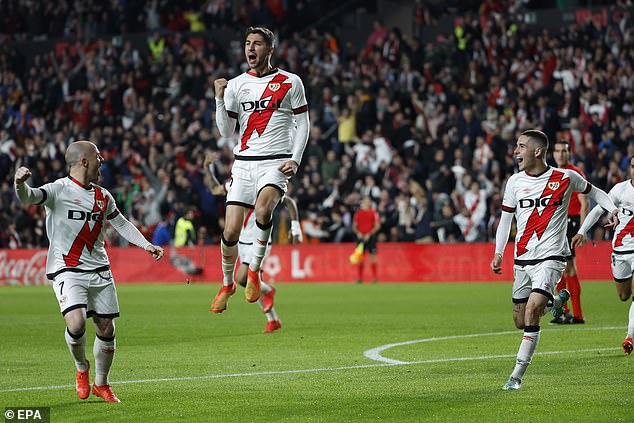 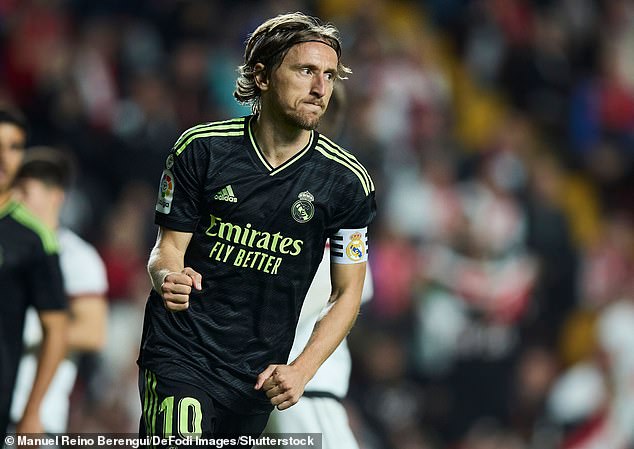 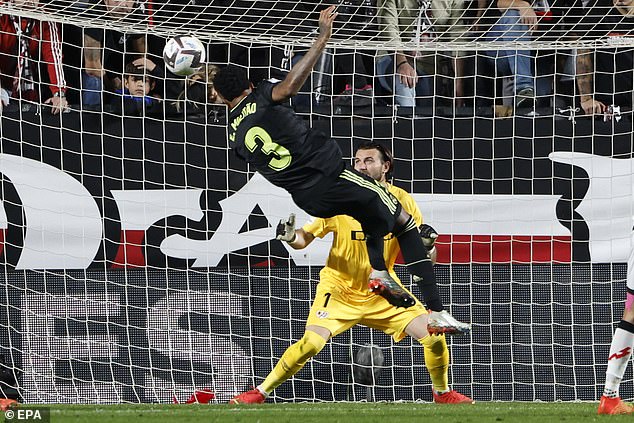 Luka Modric stepped up to score on 37 minutes and just four minutes later Madrid were ahead when Asensio whipped over a corner and with a monumental leap Eder Militao headed past Stole Dimitrievski for 2-1.

Rayo were not about to throw away all that hard work of having got themselves in front and after Madrid failed to clear a move down the home team’s right flank but the ball came out to the left from where Alvaro Garcia sent it past Thibaut Courtois despite the keeper getting a touch.

The second half was ill-tempered with Luka Modric booked and Rayo coach Andoni Iraola sent off for correctly arguing that his team should have been given a corner. The coach went down the tunnel and unless he got to a television screen quickly he will have missed Dani Carvajal’s handball.

VAR did not and when the referee checked it pitch side he pointed to the spot. Up stepped Oscar Trejo but his kick was straight down the middle and Courtois pushed it away.

Madrid players celebrated but only for as long as it took for VAR to confirm that Carvajal had encroached in the area and both Courtois’ feet looked to have been in front of the line. Trejo boldly buried the retake to make it 3-2. 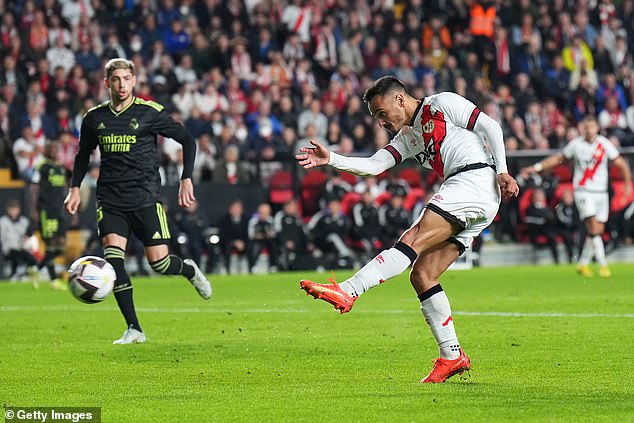 But just a minute before the break, parity was restored through Alvaro Garcia (above) 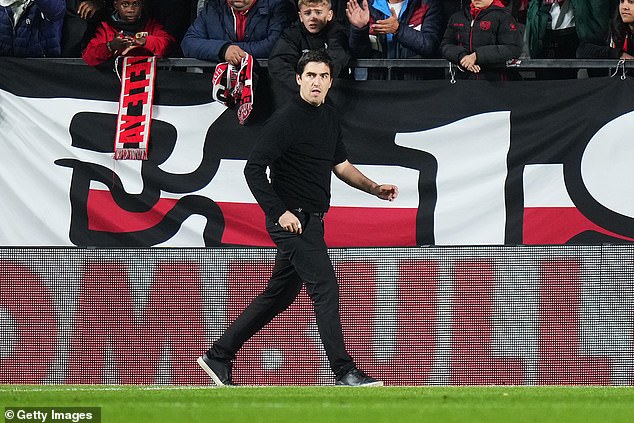 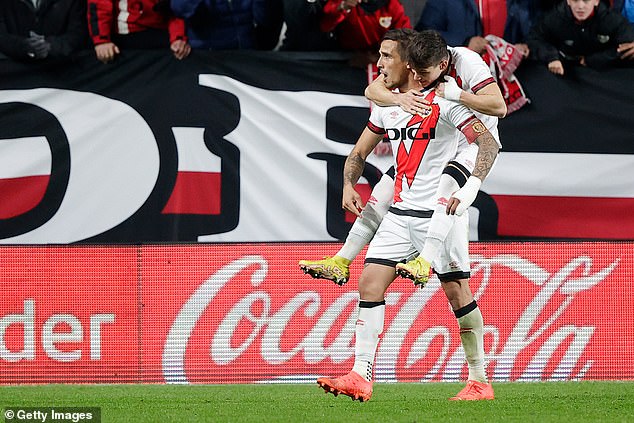 With five minutes left Rayo brought Radamel Falcao on – he’s the kind of player they can only afford aged 36. He replaced on-loan Atletico Madrid forward Sergio Camello, the 21-year-old had run himself into the ground. So had Alvaro Garcia and Izi Palazon who were applauded after superb performances.

Eight minutes were added on at the end but when Vinicius blazed over on 92 minutes it was an indication that no matter how long they were given this was not going to be their night.

Ancelotti got up from his seat on the bench to watch two late corners. And for the second Courtois went up in hope of getting on the end of it but it came to nothing and the coach sat back down, folded arms, resigned to the first league defeat of the season.