When the late Chinese Premier Zhou Enlai was asked, during a visit to China by U.S. President Richard Nixon in the early 1970s, what he thought were the implications of the French Revolution nearly 200 years previously, he reputedly replied: ‘Too early to say.’

Some suggest his answer got lost in translation and that he was, in fact, referring to the more recent Paris street riots of 1968.

Whatever the truth of the anecdote, it has for generations been taken as a neat characterisation of China’s ancient culture in general, and its ruling Chinese Communist Party in particular.

Shock and Ora: The Funky Cat will be hitting UK roads later this year

So it should come as no surprise the inroads Chinese car firms have already made into the UK, European and Western car-markets — spearheading their offensive with affordable but well-specced zero-emissions electric cars.

I have seen first-hand the progress, over nearly four decades, as China emerged at the end of the Mao era and through rapid industrialisation became an economic, manufacturing and political powerhouse.

It’s a familiar path as newcomers from the East have arrived in Western markets and shaken them up — starting with value-for-money, but well-stocked vehicles, then moving gradually upmarket.

First it was the post-war Japanese with the likes of Honda, Nissan, Toyota, Lexus, Mitsubishi and Suzuki. Then came the Koreans — with Hyundai, Kia, SsangYong and the upmarket Genesis. Now it’s China’s turn.

Ever heard of the Chinese car-firm BYD? Great Wall Ora? Wey or NIO? Geely or SAIC? If not, you soon will.

The Chinese have also been busy over many years snapping up established UK and European brands — including MG, Volvo, Midlands van-maker LDV (now Maxus), sports car-maker Lotus, and even the iconic London Black Cab — and creating new stand-alone brands such as Volvosibling Polestar.

This month’s Paris Motor Show is a case in point. Although most French car-makers — such as Renault and Peugeot — were present, most other European car-makers, particularly Germans, were not. But the Chinese were out in force filling many of the gaps.

I witnessed for myself the dawn of this remarkable industrial journey back in 1986 when, as a young trainee journalist on the Coventry Evening Telegraph, I first travelled to mainland China to look at trading opportunities for West Midlands firms in this vast but closed nation which was just beginning to open up to the West. But how things have accelerated since then.

But how things have accelerated since then.

First there was a scramble by Western car firms — including Fiat, BMW, Volkswagen, Renault and more — to grab a slice of the business in rapidly booming China. But negotiators extracted hard bargains in ‘partnership’ deals in which they were the senior partners.

As China’s expertise grew, domestic manufacturers started creating their own cars — often copycats of existing Western vehicles such as Range Rovers and even a Rolls-Royce.

After Britain’s MG Rover went bust in 2005, Nanjing Automotive snapped it up for a song before itself being taken over by Shanghai ­Automotive (SAIC) which owns it now.

Volvo, Midlands van-maker LDV (now Maxus), the maker of the iconic London black cabs LEVC (owned by Geely), and Norfolk-based Lotus which has just announced its £89,500 Eletre electric hypercar will be built in Wuhan from 2023. While others were also bought in a spate of deals. British and Western designers were recruited to give the Chinese cars contemporary style.

And only this month, BMW-owned Mini announced that most electric vehicle production is to be switched from the car’s home in Oxford to China, as part of a partnership deal with Great Wall (which at one stage was rumoured to be seeking to buy the Oxford factory — a claim denied).

And if you think existing Western car-makers will be in a big battle with Chinese rivals, think again.

As Sun Tzu’s ancient military treatise The Art Of War makes clear: ‘Every battle is won before it is ever fought.’

Ford’s best-selling and long-running Fiesta supermini has run out of road after seven generations and will cease production next year, the company has said.

It is being axed as Ford switches priorities to a new range of modern electric crossovers and SUVs — such as the Mustang Mach-e — and prepares for the UK’s ban on new petrol and diesel car sales from 2030.

More than 4.8million of the popular small family hatchback Fiestas (pictured) have been sold in the UK since its launch in 1976 — out of a total of more than 22 million globally. 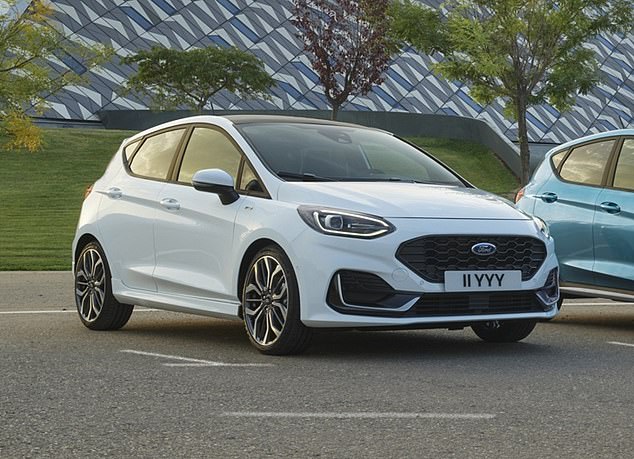 It was the UK’s most-bought new car from 2009 to 2020, but was knocked off the top spot last year by the Vauxhall Corsa. In its launch year, a Fiesta even appeared alongside Roger Moore in Bond film The Spy Who Loved Me.

Ford said an electric version of the Fiesta — costing from £19,000 — was not viable and so the last ones will roll off the line at the Ford factory in Cologne next year. Production at Ford’s Dagenham plant in Essex ended in 2002.

It means the Fiesta will go the way of other Ford classics such as the Mondeo, Cortina, Capri and Focus, which ends in 2025.

What will spook you this Halloween?

With Halloween looming and the nights cutting in, these can be scary times for motorists. But what exactly are drivers most afraid of?

In fact, the survey reveals that UK drivers are four times more frightened of parallel parking than they are of having their motor nicked. 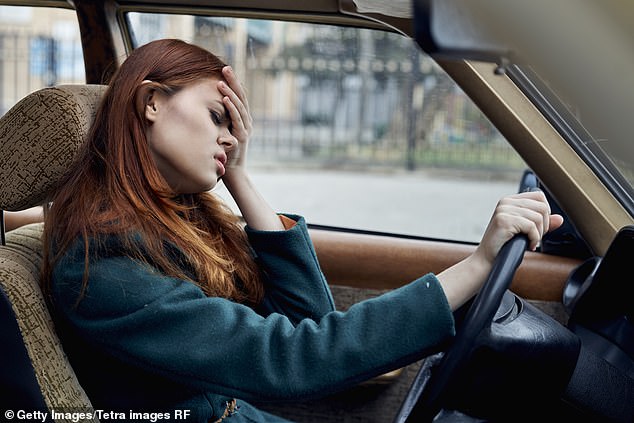 Analysis of more than 5 million online Google searches by leasing company Vanarama (vanarama.com) reveals that breaking down is the top driving fear for UK motorists

The Vanarama report says: ‘Each year, a huge 419,000 UK drivers search for tips on avoiding and dealing with car breakdowns — making it far and away the most feared driving aspect for Brits.’

In second place is cosmetic damage, such as minor scrapes and scratches, with 273,600 drivers looking for help with this kind of superficial damage each year.

Parallel parking is the third most feared driving aspect for UK motorists, generating 170,160 online searches every year, says the report: ‘­Shockingly, this is four times the number of drivers searching for car theft-related queries, such as anti-theft devices and fully comprehensive insurance products.’

Reverse bay parking is in fourth place, generating 116,160 annual searches, followed by car theft in fifth place at 42,480. Globally, more than half of the 50 nations surveyed (56 per cent or 28 countries) fear cosmetic damage most.