EXPRESS INFORMER > ShowBiz & TV > Ray Liotta once turned down role in The Sopranos series: ‘I didn’t want to do another mafia thing’

With his role as Henry Hill in the acclaimed film Goodfellas, Ray Liotta will forever be lumped in as one of the legendary mobsters of the silver screen.

Realizing that he could be typecast as the gangster, Liotta once turned down a role in The Sopranos series before it went on to help launch the Golden Age of television that still wages on.

And now, with hindsight in the rearview mirror, the actor couldn’t refuse the offer a second time, and has since scored the role in the new Sopranos prequel film, The Many Saints of Newark.

Confession: Ray Liotta, 66, admits he turned down a role in The Sopranos series because he ‘didn’t want to do another mafia thing’ following Goodfellas; Liotta pictured in the upcoming Sopranos prequel film The Many Saints Of Newark

While out on the promotional trail for The Many Saints Of Newark, the Newark native confessed her heard the rumors that he passed on playing Anthony ‘Tony’ Soprano, the role famously, and brilliantly played, by the late James Gandolfini.

But Liotta, 66, came clean and admitted he was approached by show creator David Chase to play a different character.

‘No! I don’t know where that story came from,’ Liotta said in reference to him being offered to play Tony Soprano.

‘David [Chase] once talked to me about playing Ralphie. But never Tony.’ 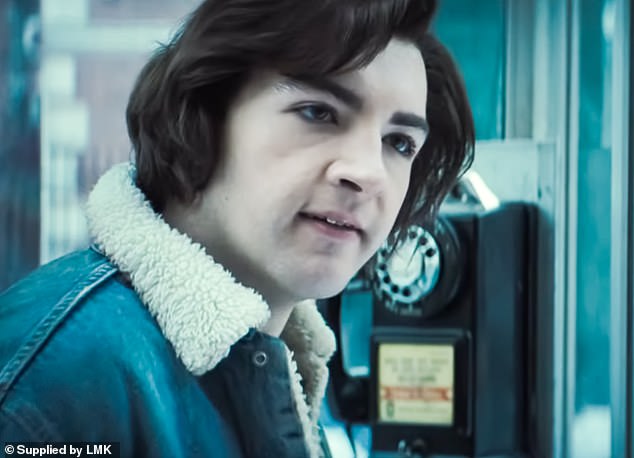 Stepping into his shoes: Liotta stars alongside Michael Gandolfini (pictured), son of the late James Gandolfini, in The Sopranos prequel film, The Many Saints Of Newark 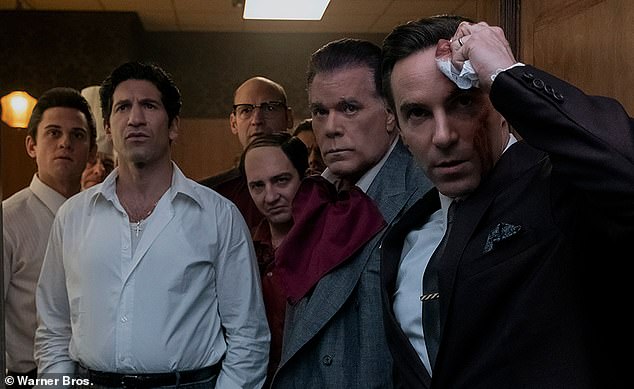 His reasoning: Liotta says he was offered to play Ralphie in The Sopranos; Liotta pictured with costars in The Many Saints Of Newark

At that time, in 1999, Liotta felt like he needed to branch out and play other characters that were being offered to him.

‘I didn’t want to do another mafia thing, and I was shooting Hannibal,’ the actor told The Guardian, in a reference of the Silence of the Lambs sequel he made in 2001, adding, ‘It just didn’t feel right at the time.’

The Ralphie character, which would have required a two-year commitment, would eventually go to actor Joe Pantoliano. 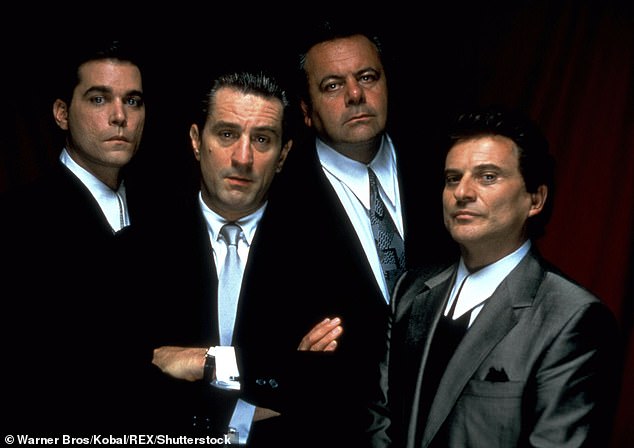 Bada bing: The Newark, New Jersey actor had already made a name for himself in the mobster genre in Goodfellas (1990) before before offered the role of Ralphie; he’s pictured alongside co-stars Robert De Niro, Paul Sorvino and Joe Pesci 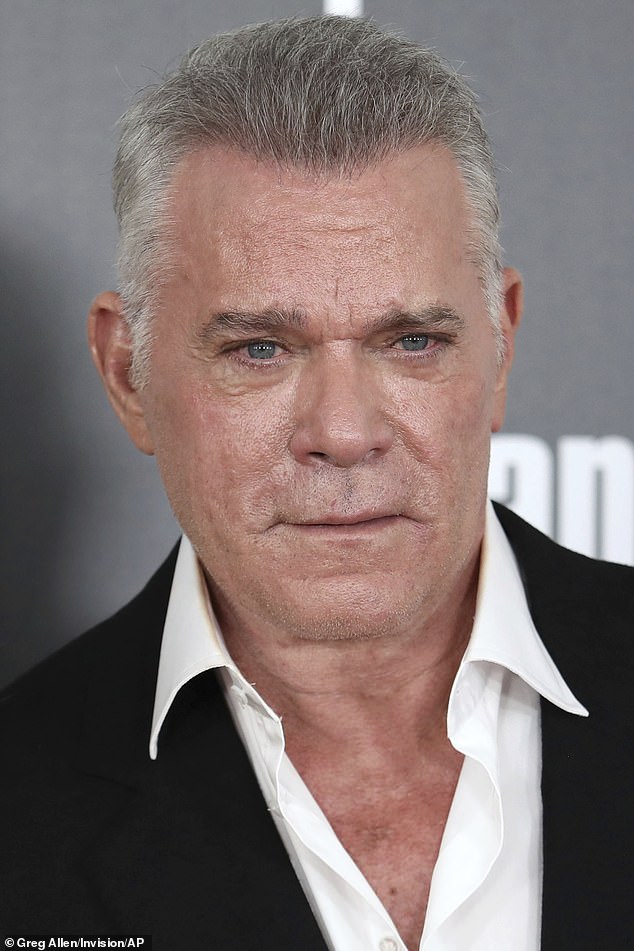 Tale of two roles: While he rejected the offer to play Ralphie in The Sopranos, Liotta lobbied show creator David Chase for a role in The Many Saints Of Newark

While Liotta was offered the part of Ralphie more than two-decades ago, this go-around he decided to aggressively pursue a role in the prequel film; even going as far as spending his own money to take a flight to meet with Chase.

‘I’m really not sure what made me so determined. But I was and luckily it all worked out,’ he explained.

Set in the 1960s, the film focuses on the Newark Riots of 1967, all while examining the young Tony Soprano and his rise to power.

Chase co-wrote The Many Saints Of Newark with Lawrence Konner, and it was directed by Alan Taylor, who worked behind the camera on the television show for nine episodes. 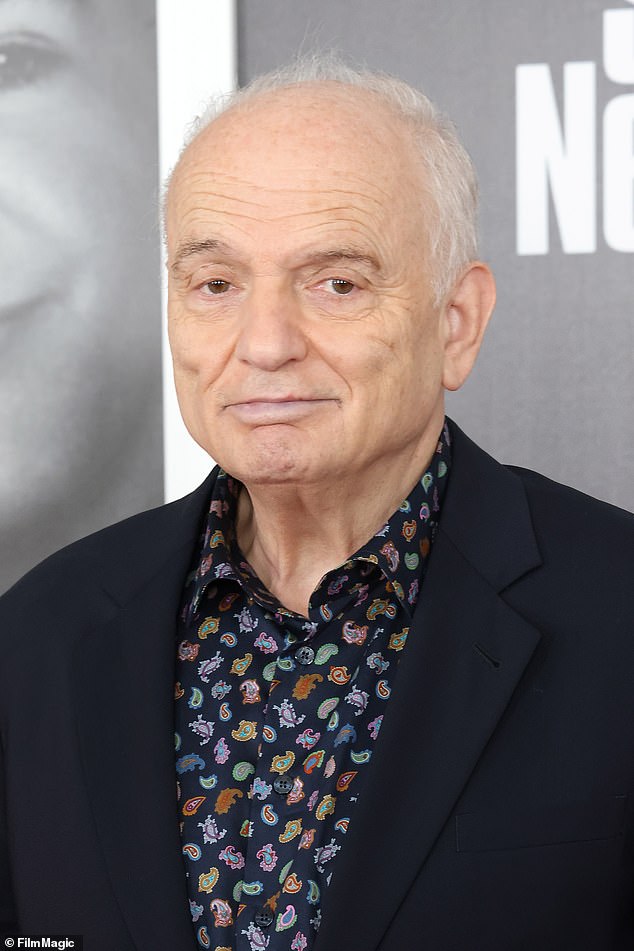 Back for more: The Sopranos creator David Chase co-wrote The Many Saints of Newark

The Many Saints of Newark premieres October 1 in theaters and on HBO Max. 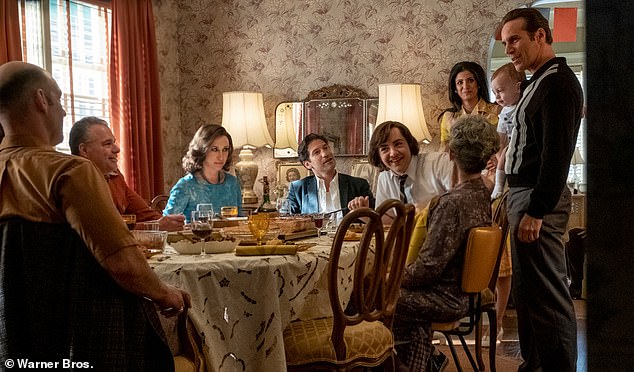 Coming: The Many Saints of Newark premieres October 1 in theaters and on HBO Max