The raw vegan diet loved by Gwyneth Paltrow and Demi Moore can do more harm than good in the long run, an expert has warned.

While going vegetarian or vegan has become popular recently, some are taking it to the extreme and only eating raw plant foods that can be consumed without cooking.

There are claims that ingredients can lose important nutrients and enzymes in the cooking process – and having raw plant food will improve energy levels, prevent disease and boost overall health.

But Dr Laura Brown, a senior lecturer in nutrition at Teesside University, warned the diet could cause more harm than good if followed for a long time. 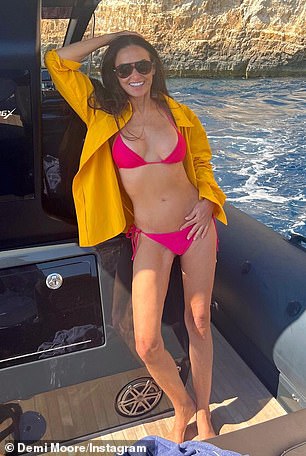 The raw vegan diet loved by Gwyneth Paltrow and Demi Moore can do more harm than good in the long run, an expert has warned. While going vegetarian or vegan has become popular in recent years, some are taking it to the extreme and only eating raw plant foods that can be consumed without any cooking

On The Conversation website, she said some vegetables actually provide a greater nutrient content when cooked, as the process helps break down cell walls and allows nutrients to be released.

For example, when spinach is cooked it becomes easier for the body to absorb the calcium it contains.

These play an important role in the structure, development and production of brain and nerve cells and supporting a healthy immune system.

A previous study found 38 per cent of people who followed strict raw vegan diets were deficient in vitamin B12. 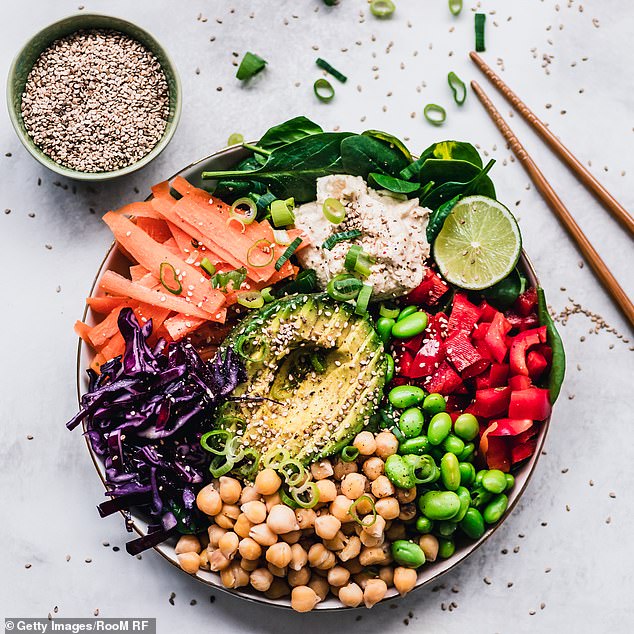 There are claims that ingredients can lose some of their important nutrients and enzymes during the cooking process – and consuming raw plant food will improve energy levels, prevent disease and boost overall health (stock image)

The diet can also lead to unintentional weight loss and even cause some women to stop menstruating, separate studies have found.

Dr Brown said: ‘While following a plant-based diet can have many benefits for health, the raw vegan diet may potentially be taking things a bit too far and may come with even greater risks if not followed carefully.

‘If you are planning to do a raw vegan diet, it’s important to plan carefully to ensure you are consuming all the nutrients you need for optimal health.

‘I also wouldn’t recommend following it for a long period of time because of the many risks it may have.’

Her warning echoes those made by genetic expert Professor Steve Jones, who claimed a long-term raw food diet could have deadly effects.

At the Hay Festival several years ago, he said: ‘We are the only animal who has ever lived that would starve to death if we ate raw food alone.

‘We’ve lost the enzymes and the absorption mechanism to digest raw food.’

Registered dietician Clare Thornton-Wood, a spokeswoman for the British Dietetic Association, said: ‘I would not recommend a raw vegan diet as it could potentially lead to nutrient deficiencies.

‘Potentially there could be a lack of a number of nutrients including protein, calcium, iron and B12. There is also likely to be inadequate calories.

Aside from Miss Paltrow and Miss Moore, the likes of Megan Fox and Sting have also previously followed the raw vegan food diet.