EXPRESS INFORMER > Science & Technology > Rats can bop their heads in time to the beat of music, study reveals

Most of us love to have a bit of a boogie, and some – but not all – can also keep to the beat!

It turns out we’re not alone in that, as a new study has found that rats can nod their heads in time to music.

Researchers from the University of Tokyo played the rodents clips of Lady Gaga, Queen and Michael Jackson as well as a Mozart Sonata at four different tempos.

Any bopping was recorded both on camera and with a miniature sensor strapped to their heads.

‘Rats displayed innate – that is, without any training or prior exposure to music – beat synchronization most distinctly within 120-140 beats per minute (bpm),’ said Associate Professor Hirokazu Takahashi.

Humans were also found to exhibit the clearest beat synchronisation – our ability to naturally recognise and respond to the beat of the music – in this range.

The study found that both the rats and humans jerked their heads along to the beat in a similar rhythm. Beat synchronisation was clearest within the 120 to 140 bpm range for both species 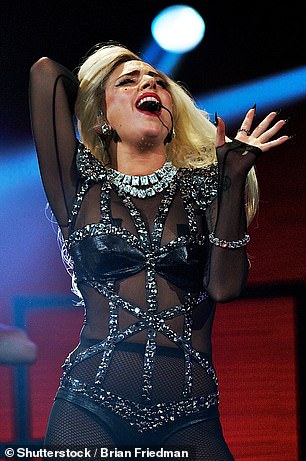 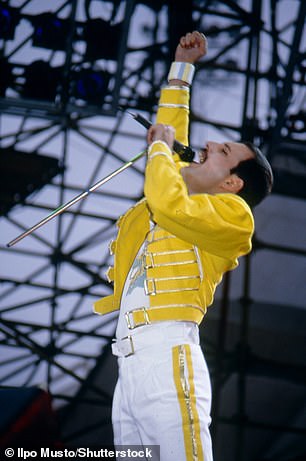 Researchers from the University of Tokyo played the rodents clips of Lady Gaga (left), Queen (right) and Michael Jackson as well as a Mozart Sonata at four different tempos

Using a computer model, the researchers found that this optimal tempo was defined by the brain’s time constant – the speed at which it is able to respond to a stimulus.

Dr Takahashi said: ‘This demonstrates that the animal brain can be useful in elucidating the perceptual mechanisms of music.’

The ability to move to a beat was once thought to be unique to humans, however numerous studies have proven that this is not the case.

The first non-human animal that demonstrated this was a cockatoo called Snowball, who went viral in 2009 in a video bobbing his head to the Backstreet Boys.

He was studied by scientists from The Neurosciences Institute in San Diego, along with his owner Irina Schulz.

They said that his ‘remarkably diverse spontaneous movements’ show that dancing is not limited to humans, but a response to music when certain conditions are present in the brain.

WHAT DID THE STUDY FIND?

Rats and humans were played music at different tempos while their ‘bopping’ head movements were recorded.

Results showed that both man and rodent are best at responding to a beat that is between 120 to 140 bpm.

A computer model also found that the region of our brain that processes sound is also best tuned to this range.

This suggests that the ability to keep a beat is linked to the brain’s time constant – the speed at which it is able to respond to a stimulus – which is similar across all species.

The aim of the new study, published today in Science Advances, was to see if rats shared this ability.

Dr Takahashi said: ‘Music exerts a strong appeal to the brain and has profound effects on emotion and cognition.

‘To utilize music effectively, we need to reveal the neural mechanism underlying this empirical fact.’

The researchers fitted tiny, wireless accelerometers onto the heads of ten lab rats, which could detect even the slightest movements.

The rats were then played one-minute clips of Mozart’s Sonata for Two Pianos in D Major, K. 448 at four different tempos.

They were also played pop songs; ‘Born This Way’ by Lady Gaga, ‘Another One Bites the Dust’ by Queen, ‘Beat It’ by Michael Jackson and ‘Sugar’ by Maroon 5.

Twenty human participants were also played the clips through headphones with an accelerometer attached to measure any head bopping.

After analysing the data from the accelerometer, it was found that both the rats and humans jerked their heads along to the beat in a similar rhythm.

As the music was sped up, making it more difficult to move to the beat, the level of head jerking from both human and rodent decreased.

Additionally, beat synchronisation was clearest within the 120 to 140 bpm range for both rats and humans.

The authors wrote: ‘Beat perception and synchronization within 120 to 140 bpm are common in humans and frequently used in music composition.’

This finding suggests that even more species could link sounds to movements like humans can than previously thought.

‘To the best of our knowledge, this is the first report on innate beat synchronization in animals that was not achieved through training or musical exposure,’ said Dr Takahashi. 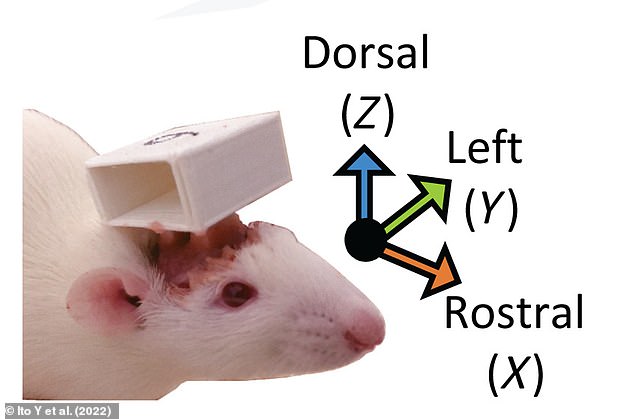 The researchers fitted tiny, wireless accelerometers onto the heads of ten lab rats, which could detect even the slightest movements 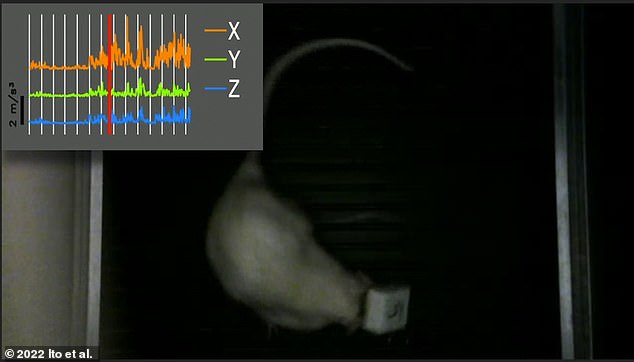 The rats were then played one-minute clips of Mozart’s Sonata for Two Pianos in D Major, K. 448 at four different tempos 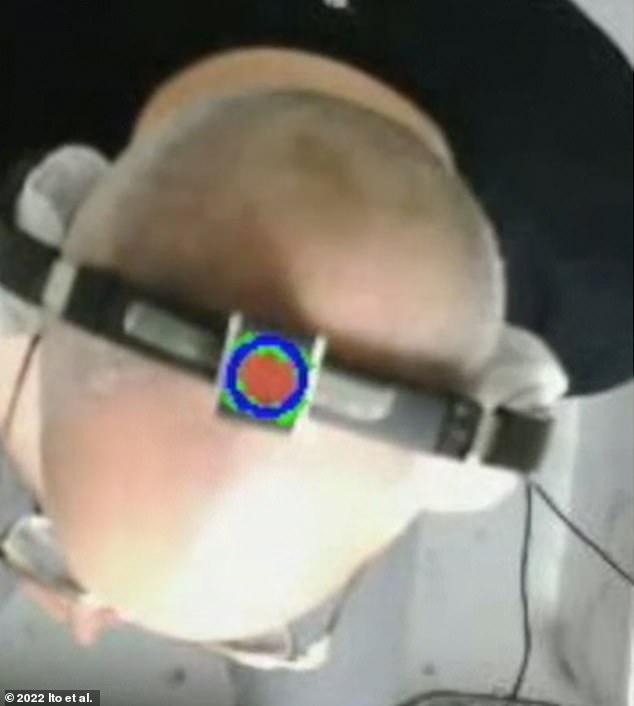 The researchers also wanted to investigate if this ability was related to the time constant of the brain, which is known to be similar across all species.

To do this, they fitted the data from the experimental study to a mathematical model of ‘neural adaptation’ – how brain activity reacts to external stimuli.

It revealed that the auditory cortex, the region of the brain that processes sound, was also best tuned to the 120 to 140 bpm range.

‘Our results suggest that the optimal tempo for beat synchronization depends on the time constant in the brain,’ said Takahashi.

Further research from the team will look at how other musical properties, like melody and harmony, relate to the brain.

It can be hard to resist joining in a conga line when one passes you by, and it turns out chimpanzees have the same urge.

Psychologists from the University of Warwick studied a dance similar to the conga performed by of a pair of chimps at Saint Louis Zoological Park in Missouri, USA.

The double act initiated their dance seemingly for no other reason than an expression of emotion.

Researchers say the levels of motor co-ordination, synchrony and rhythm between the two chimps matched the levels shown by orchestra players performing the same musical piece.

They concluded that the chimps’ conga is the ‘first case of spontaneous whole-body entrainment between two ape peers’.

This provides evidence that human dance may have been rooted in mechanisms of social cohesion among small groups, and might have given stress-releasing benefits.