A dream family holiday to Thailand has turned into an ongoing nightmare for a young woman who has spent the last seven years at the mercy of a rare parasite.

Nursing student Tess Swift, then 20, returned home from the holiday in 2015 with a slight stomach illness that saw her rushed to hospital a few weeks later.

Since then, Ms Swift has been in and out of hospital as doctors tried to work out what was wrong before she finally got the answers she needed two months ago.

She had contracted a parasite induced disease called gnathostomiasis which had attacked her digestive system, partially paralysed her digestive tract and has forced Ms  Swift to wear have a feeding tube for the last four years.

She’s now sharing her rollercoaster ordeal to be a warning to other travellers of the potentially fatal parasite.

Tess Swift (pictured), was just 20 when she first became ill after returning from a family holiday to Thailand in 2015 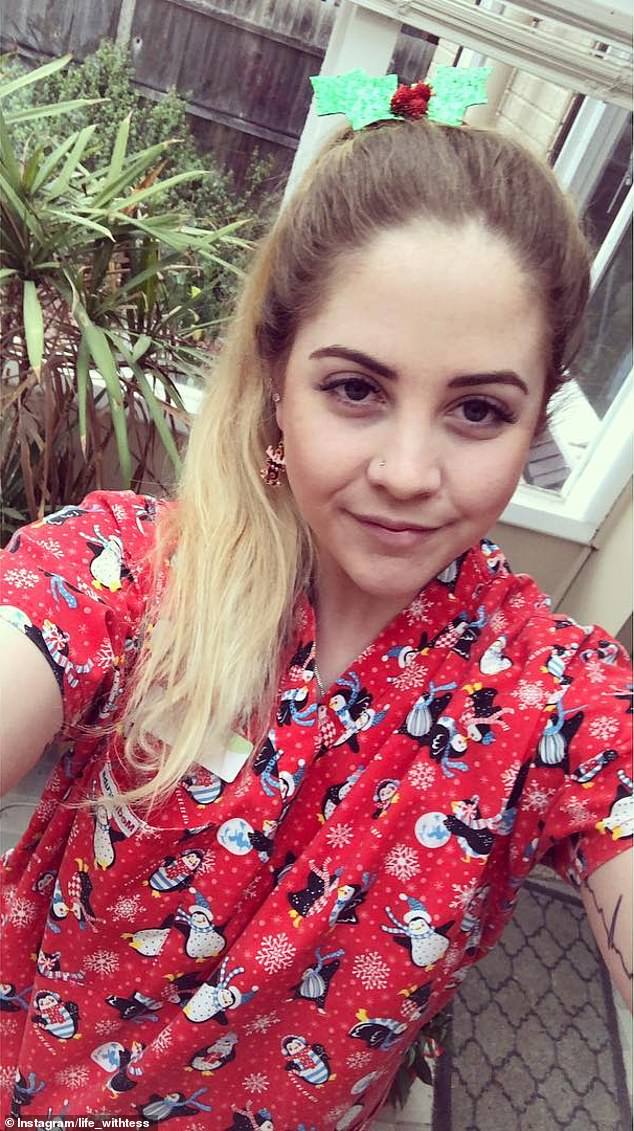 ‘It kind of ruined my life. I was only 20 when it happened and there’s so much going on in your life when you’re 20, and there was so much I had to miss out on because I was in hospital or too unwell to go … I ended up losing a lot of my friendships because I was so unwell I could never do anything,’ she told news.com.au.

Within six months of first feeling ill, Ms Swift dropped out of her nursing degree.

As she was regularly in and out of hospital, she was forced to move back in with her parents near Geelong, almost two hours south-west of Melbourne.

Doctors have spent seven years trying to work out  what was making Ms Swift so severely ill.

They diagnosed her with everything from irritable bowel syndrome to an eating syndrome but no treatment could help curb her symptoms.

In 2018 it was found that her digestive tract had become partially paralysed and her first feeding tube was placed directly into her stomach.

The following year, Ms Swift was at her sickest and spent six-and-a-half weeks in hospital she was tested for a myriad of rare diseases as a last resort.

Testing was done in Bangkok and Thailand with the Covid-19 pandemic causing extensive delays.

The tests identified the culprit almost three years later in November 2022, in a letter from Melbourne’s Alfred Hospital, a hospital Ms Swift had never been to.

‘I thought it was a scam,’ Ms Swift’s mother Virginia Dickson-Swift recalled.

‘We open it and it says ‘Dear Tess, you’ve tested positive for gnathostomiasis, call me.’ 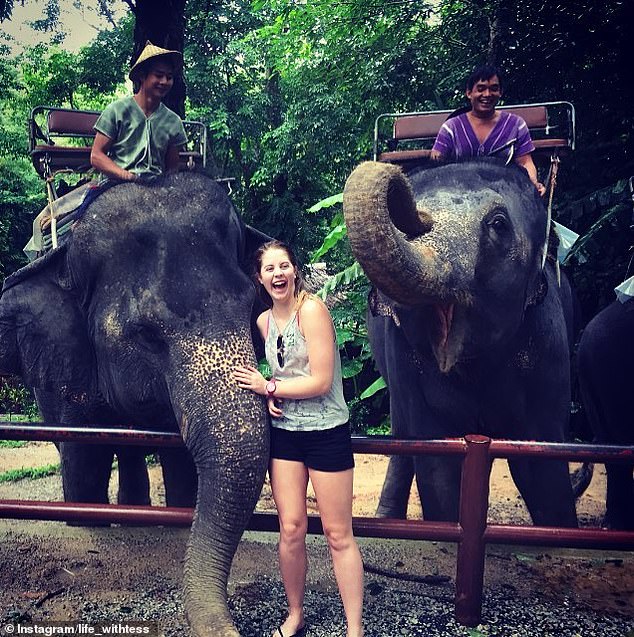 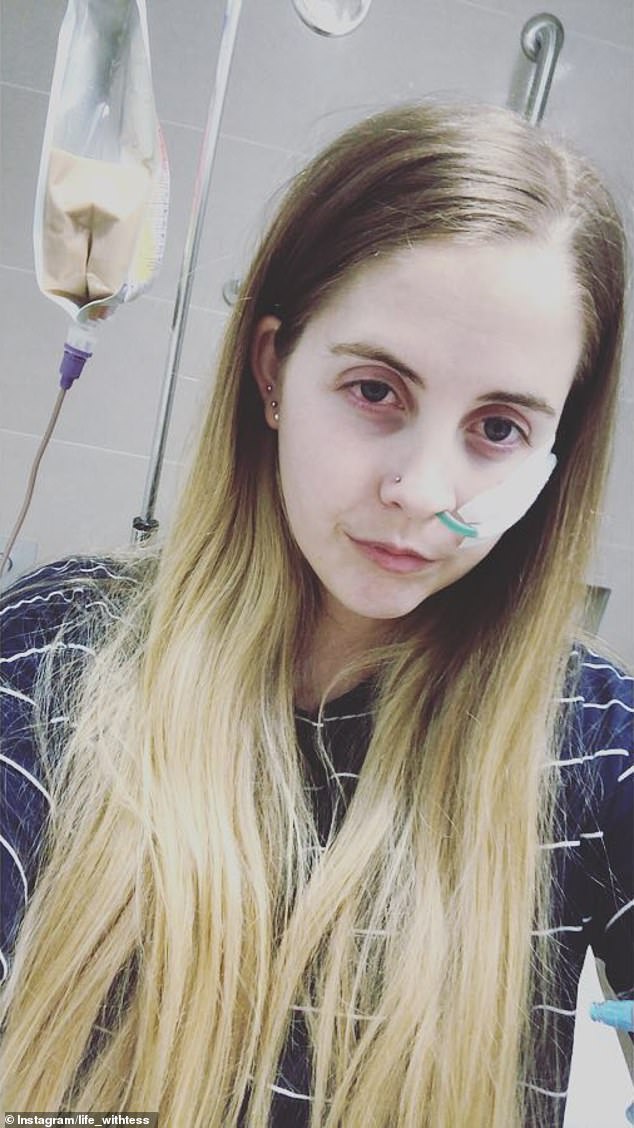 Tess underwent her latest surgery last week to fix complications with her feeding tube, which  she has worn since 2018

Gnathostomiasis is a parasitic infection caused by several species of parasitic worms of the genus, Gnathostoma, that can be fatal in some cases.

She now lives with major depressive disorder, chronic pain and nausea, PTSD and still has to use a feeding tube.

She underwent her latest surgery last week to fix complications with her tube.

Because the parasite lived inside for many years, a lot of damage has been caused to her nerves which at the moment there’s no way doctors can repair’.

Her health issues have also had a huge impact on her career and not being able to use her nursing degree but now works as casual disability carer.

Gnathostomiasis is a parasitic infection caused by several species of parasitic worms of the genus, Gnathostoma, that infect humans primarily by eating undercooked or raw freshwater fish, eels, frogs, birds, and reptiles.

The disease is common in South-east Asian countries such as Thailand, but can also be found in South and Central America, and in some areas of Africa

During the early stages of infection, the parasitic worm makes it’s way into the blood system through the walls of the stomach, intestine or liver.

The parasite induced gnathostomiasis (pictured) is found more often in south-east Asian countries and can cause nerve damage, loss of eyesight or even death if untreated

Many people don’t show symptoms in the early weeks of infection, but some may experience fever, excess tiredness, lack of appetite, nausea, vomiting, diarrhoea, or abdominal pain.

When the parasite enters the blood stream it can cause painfully itchy swellings under the skin, but can also cause nervous damage, loss of eyesight and even death.

Ms Swift and her mother now want to raise awareness for the mostly-unknown disease that has only been treated 68 times by the only gnathostomiasis specialist in Australia.

Ms Dickson-Swift believes more information should be available for travellers to areas where the parasite is ‘an endemic’ and that the parasites be tested more often.

‘It’s such a rare parasite. The doctors we’ve spoken to since have no idea really, they’ve never heard about it,’ she said.

‘[We want] to raise awareness that it could be a possibility from someone who has returned from Asia… If you’ve been to the specific places where this thing is then it’s a possibility.’

Her daughter documents her health struggles on social media.

‘I always viewed my journey as an ‘illness’ only journey, but my perspective has shifted. I now view it as my ‘illness and wellness’ journey,’ Ms Swift recently wrote.

‘I look forward to continuing to explore the best ways and combinations to support my body, my mind and my soul.’ 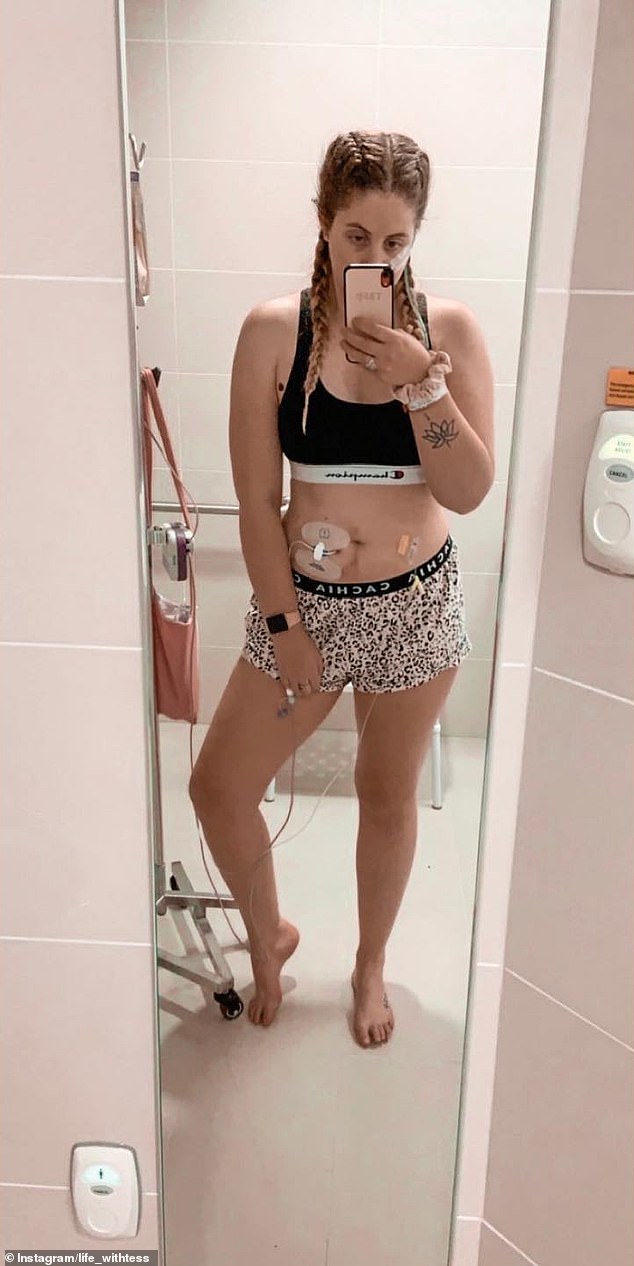 Although immediate treatment killed the parasite, Ms Swift still fights the ongoing effects of the infestation, such as using a feeding tube (pictured) and numerous mental illnesses