Pascal Siakam had 20 points in one of the bright spots of the loss, the Raptors’ first defeat in a season opener in eight seasons. Kyle Lowry added 18 points and 10 assists, Aron Baynes had 11 points and nine rebounds, and Norman Powell and Chris Boucher chipped in with 12 points apiece.

The Raptors led for most of the first half but went ice cold in the third quarter. They went 0-for-10 from three-point range and were outscored 38-22 in the frame, and trailed 88-79 to start the fourth.

The Pelicans kept their foot on the gas in the fourth, and when Redick knocked down a three-pointer with 5:15 to play, New Orleans led by 14 points. 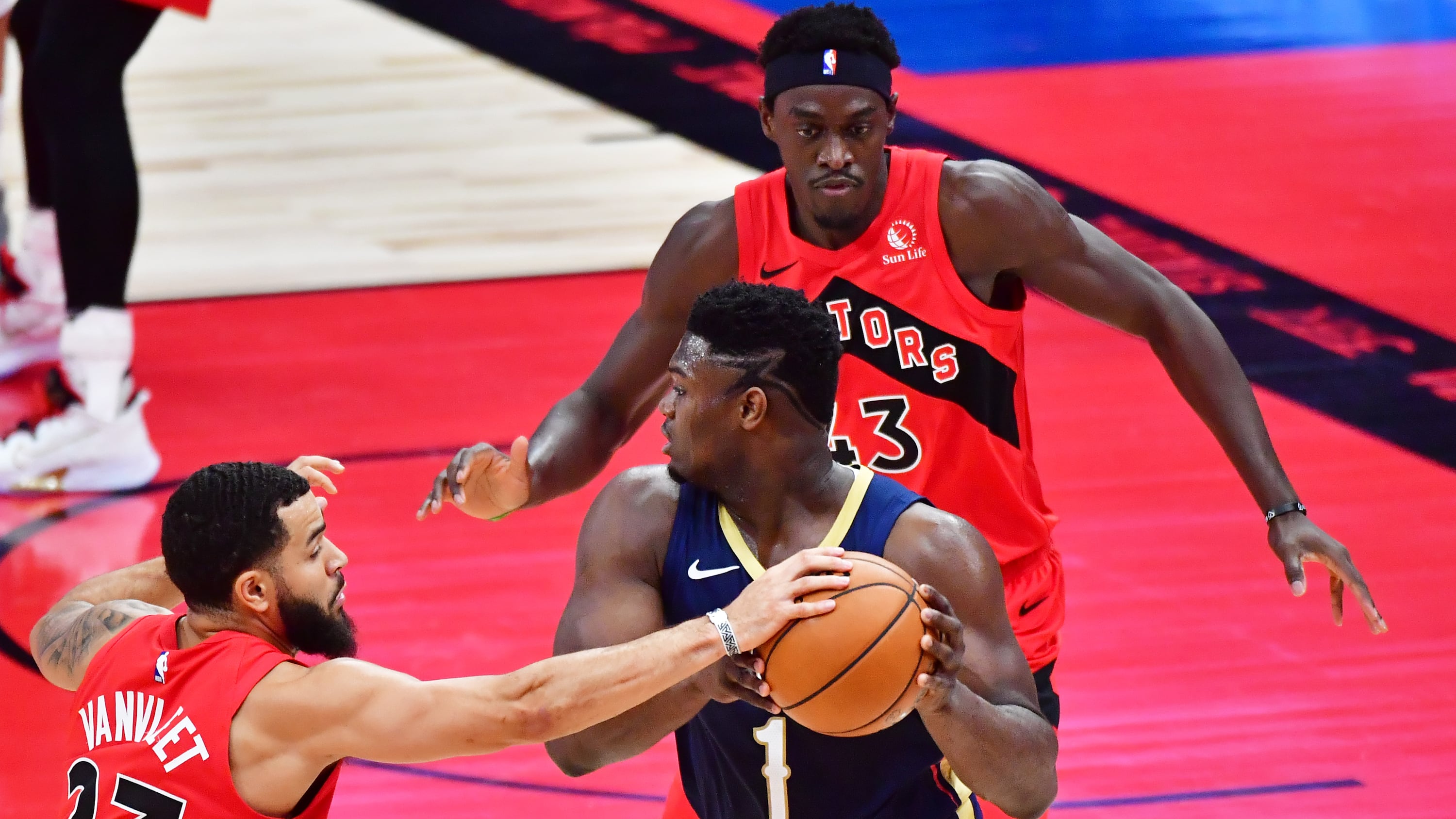 Toronto Raptors lost in their opening game of the season at their new temporary home in Florida, falling to New Orleans Pelicans 113-99. 0:57

The Raptors went a horrible 2-for-17 from distance in the second half.

Siakam had been enjoying a career year before the NBA shut down for COVID-19 last March, and was never quite himself when the league resumed in the NBA bubble at Walt Disney World. Fans weren’t kind to the 26-year-old when the Raptors were eliminated by Boston in the second round of the playoffs.

Siakam said he’d lost his love of the game. It looked like it was back on Wednesday.

Siakam not only scored on an array of shots, but pitched some excellent passes out of crowds.

The night marked the beginning of the most bizarre season in Raptors history, a small crowd of about 3,000 fans dotting Amalie Arena. The venue will be Toronto’s temporary home for at least the first half of the season due to Canada’s travel restrictions around COVID-19.

In a sign of these strange times, the Raptor mascot waved the team flag before the game clad in a black protective face mask.

The Raptors tipped off a few hours after the league announced Houston’s game against Oklahoma City was postponed due to positive COVID-19 tests plus James Harden’s violation of the league’s coronavirus protocols left the Rockets without the league-mandated eight available players.

It was a discouraging blow on Day 2 of a season that feels like the league is playing with its collective fingers crossed while the pandemic continues to rage in the U.S.

The Raptors had their own scare earlier in the day. Powell was listed as questionable after some inconclusive tests with someone in his “circle of people,” coach Nick Nurse said.

Amalie Arena is one of just a few facilities around the league that is permitting a limited number of fans this season.

The Raptors trailed in the early minutes, but Siakam’s three capped a mini 7-0 run that put Toronto up by four. The Raptors led 26-23 to start the second quarter.

Siakam knocked down back-to-back three-pointers — both off passes from sharp-shooter Matt Thomas – to put the Raptors up by 11 with 1:46 left in the first half. Toronto took a 57-50 advantage into the halftime break.

The Raptors now depart on their first road trip of the regular season, playing against former teammate DeMar DeRozan and the Spurs in San Antonio on Boxing Day. They play at Philadelphia on Dec. 28.