Did Paula Abdul steal IdolEyes idea? Rapper Tommie Lee claims American Idol judge’s smart audio glasses – that play music through the frame via Bluetooth – are HER design and is ‘livid’ after CES launch

Former American Idol judge Paula Abdul has been accused of stealing the idea for her new smart audio glasses ‘IdolEyes’ – which she launched at the Consumer Electronics Show in Las Vegas on Wednesday.

The $199 glasses – which are available in seven different colors – can play music through the frame via Bluetooth and allow wearers to make and receive phone calls.

But Atlanta-based rapper and reality television star Tommie Lee claims that the singer has stolen her ‘cat eye’ sunglasses idea.

In a video posted on TikTok, Lee said Fame Cast, the company she was working with on the glasses, ‘went behind [her] back’ and gave the final design to Abdul to push as her own.

Abdul, 60, has not commented on the accusation and is still moving forward with the release of IdolEyes. 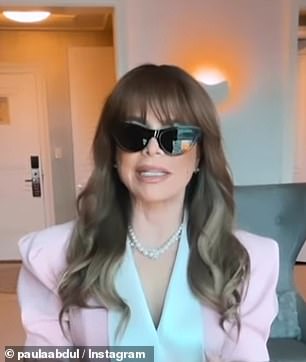 ‘I’ve wanted to get into the tech world for the longest time,’ Abdul told The Associated Press. ‘But I wanted to do it in a way that was authentic to who I am.’

The Grammy- and Emmy-award-winning artist’s first collection of eyewear have polarized and blue light filter lenses.

The unisex glasses offer over five hours of listening and talk time with built-in rechargeable batteries.

The IdolEyes Fashion Audio Glasses feature Bluetooth 5.0 connectivity, with an out-of-ear audio experience that gives users a new way to listen to music, podcasts and audio. 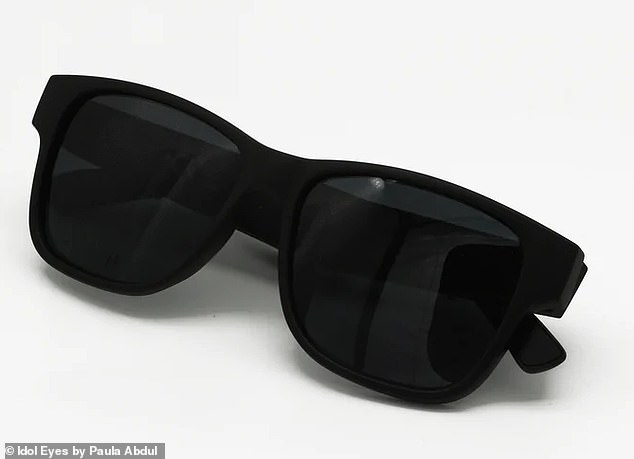 Abdul, 60, has not commented on Lee’s claims, but is still moving forward with the release of her IdolEyes which play audio from the arms of the frames via Bluetooth connectivity

‘You can also take phone calls and online meetings while looking spectacular and protecting your precious eyesight from the sun’s rays outdoors with interchangeable shaded UV400 sunglass lenses and indoors with blue light-filtered lenses for protection from TV, computer, and mobile screens,’ according to Abdul’s website.

Abdul teamed up with 1 of 1 Custom to launch her IdolEyes.

Dennis Lee, CEO of 1of1 Custom, said: ‘We are thrilled to work with Paula on her IdolEyes Fashion Audio Glasses, which leverages her creative and entrepreneurial genius with 1of1’s state-of-the-art audio technology to create these ground-breaking audio glasses.

‘Our engineering and design teams worked with Paula to come up with her IdolEyes Audio Glasses, making sure to combine a great audio listening experience with her stylish design.’ 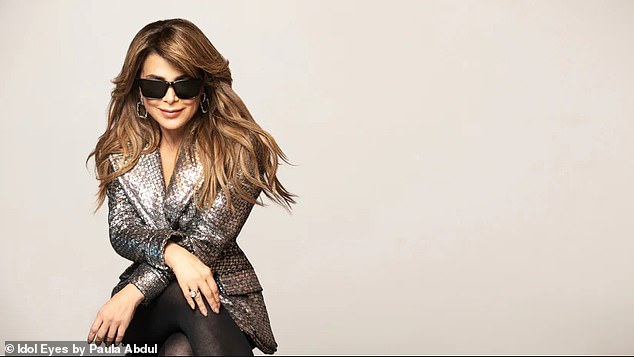 Abdul said she teamed up with 1 of 1 Custom to launch her IdolEyes, while Lee said she was working with the company Fast Cast

However, Lee is sure Abdul stole her idea.

She claimed in a video that she has a patent for ‘her’ the Bluetooth-connected glasses.

She said Abdul took [the design] ‘down to the look of the frames’ while noting she has been working on the glasses for some time – even though she never released a commercial.

Lee, 38, also shared a photo of the former ‘American Idol’ judge in the post, writing: ‘For this woman to steal my entire idea down to the look and everything is disgusting this always happens…i honestly can’t believe this.’

‘Yes, I am livid,’ Lee continued. ‘And to all the ignorant people in the back just making lit like ‘oh but she didn’t,’ yes I did.’

‘It’s not fair and it makes me want to say f**k it and go back to the old me,’ she continued.