By Josue Seixas For The Daily Mail

It has been a testing start to the new campaign for Raphinha, with Leeds still searching for their first win and a potential Brazil debut lost in the realms of football’s red-list travel row.

But he is used to fighting through hard times, and under the ultra-demanding tutelage of manager Marcelo Bielsa, the 24-year-old remains determined to push for the European places.

‘I hate losing and my team-mates feel this way, too,’ Raphinha told Sportsmail. ‘Bielsa is the same. He has even surprised me with how strong his work ethic is. There are moments to relax but the main objective is to work on our game. 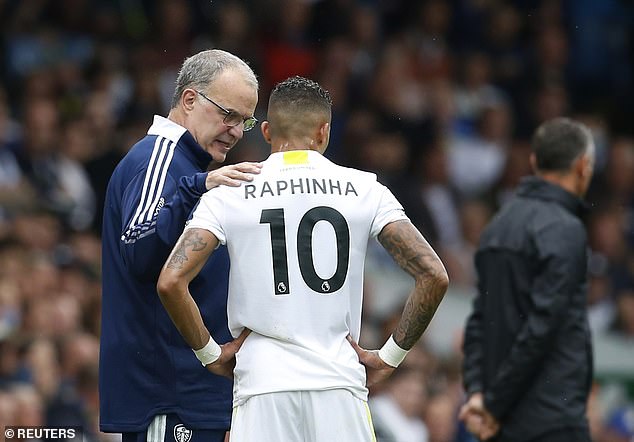 ‘I know I can do better each game — Bielsa knows it, too. He doesn’t let us chill. We talk a lot, always wanting to win. We are strong-minded and focused, I know Leeds will be even greater this season. I hope we get into Europe.’

Raphinha has proved an instant hit at Elland Road. He registered six goals and nine assists in his first season as Leeds finished ninth on their return to the top flight.

His fine form earned him a first Brazil call-up earlier this month but he was unable to travel due to the strict quarantine regulations.

‘I knew I had to adapt very quickly,’ he said. ‘I learned how we are supposed to play and when I got something wrong, somebody told me what I had to do. 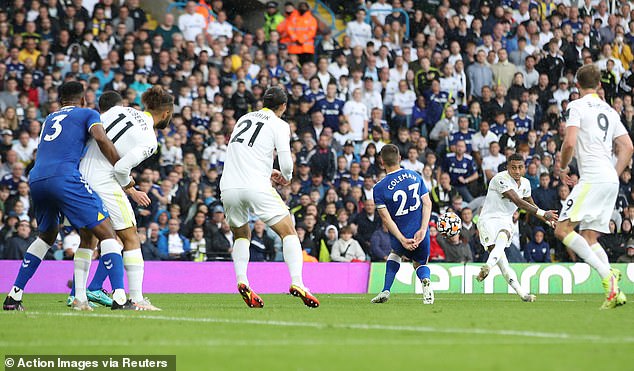 ‘I’ve played in Brazil, Portugal and France, always with the mentality of giving everything. I learned this during my childhood. As a kid, I had to be aggressive to show my football. It’s something that is always with me.’

Raphinha was born and raised in Restinga, a poor district on the outskirts of Porto Alegre, in Brazil’s southernmost state of Rio Grande do Sul, with father Rafael, mother Lisiane and younger brother Bruno.

‘I could never give up,’ said Raphinha. ‘I was always focused on being a footballer but it was a rough environment and I lost friends to crime. 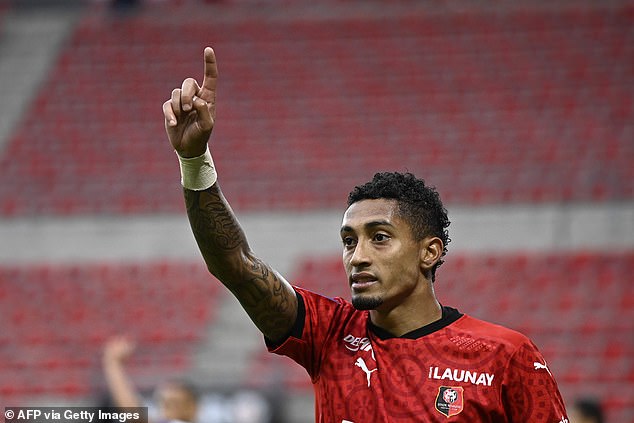 ‘Football saves a lot of kids. It’s a refuge, a place to clear your mind, and you can do it for hours. You don’t care about anything when you’re playing. I had the choice to follow a bad path but I didn’t.

‘Playing football made me forget our financial conditions, the criminality and all that. We had food in our house but things were simple. Everything had to be very calculated to make it work.

‘I can’t complain — my parents did their best to give me rice, beans and meat every day. It’s still my favourite food, no matter where I go. Rice and beans, please.’ 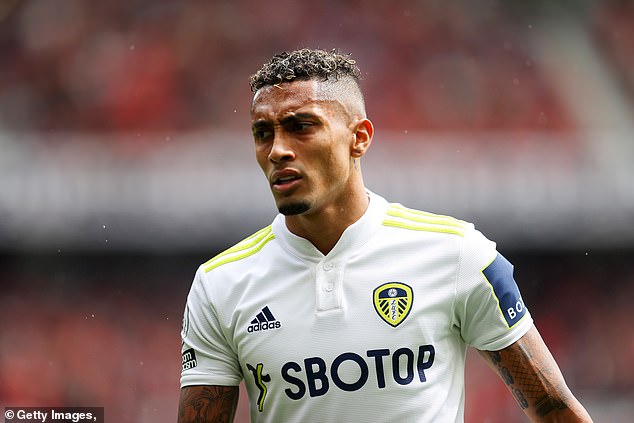 Raphinha played for six years in the notorious varzea, the underground amateur leagues of Brazil. ‘The varzea makes you get hot-headed,’ he reflected. ‘You have to be, because the other guys are too. If you can’t be aggressive and focused, the guys will eat you up.

‘After this, I went to a few clubs — spent a few months in one, a year in another. I played in Imbituba, Jorginho’s home city in Santa Catarina, and then to Avai, where I met a lot of good guys and had my big chance.’

Arsenal’s Gabriel Magalhaes was at Avai. ‘One of my brothers,’ Raphinha added. ‘I can still beat him on the pool table.’

Marcelo Bielsa has called on the Premier League to explain their decision to reject Leeds’ appeal against Pascal Struijk’s red card on Sunday for a tackle that left Liverpool’s Harvey Elliott with a dislocated ankle.

‘The majority of the plays that are similar to this one don’t generate the consequences this one did,’ said the Leeds manager.

‘What would be useful is to receive information which gave an explanation how to avoid these casual things from generating an injury.’