Rangers fans have been lambasted for their ‘idiotic’ celebrations outside Ibrox after securing their first Scottish Premiership title in a decade on Sunday.

Scotland is currently under tier 4 restrictions, which means mass gatherings are banned and the public is urged not to leave their homes amid the pandemic. 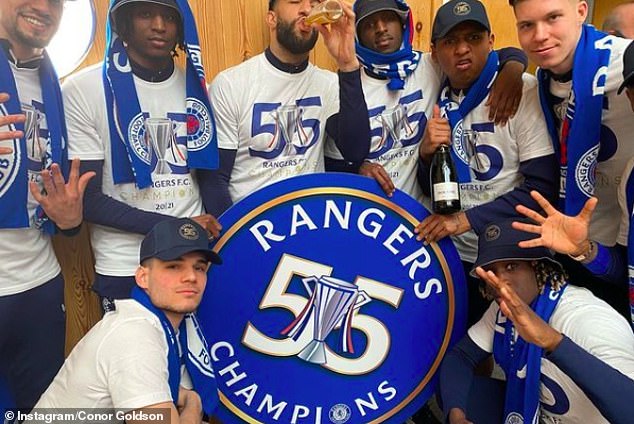 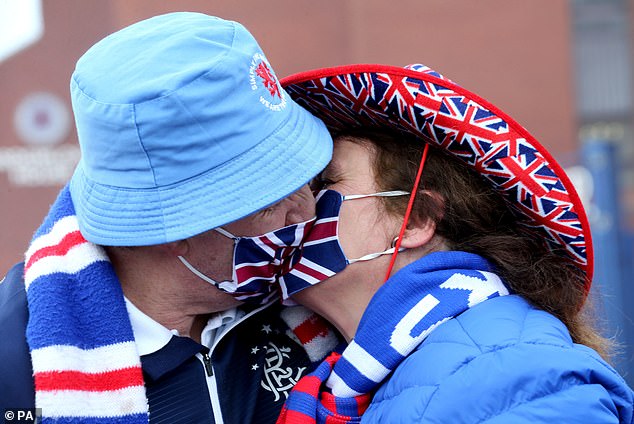 Yet masses of Rangers fans ignored the measures, prompting several people to condemn their behaviour online.

‘I appreciate you want to celebrate your team’s success, but under current restrictions this is idiotic,’ wrote one Twitter user.

‘The Rangers Football Club have made a mockery of social distancing guidelines,’ wrote another incensed person.

Another social media user described the scenes of Rangers fans partying in their droves outside Ibrox as ’embarrassing’ and showing no consideration for those affected by coronavirus. 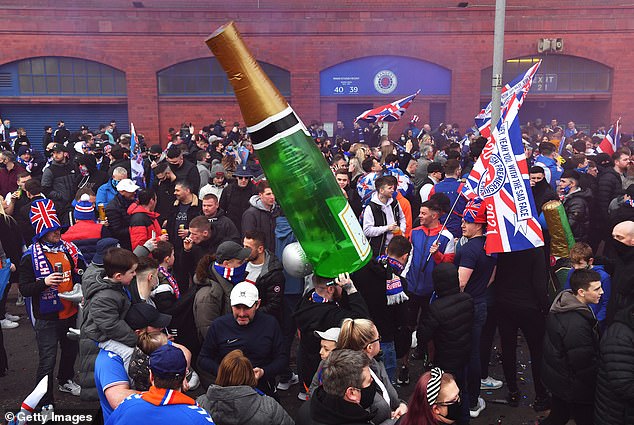 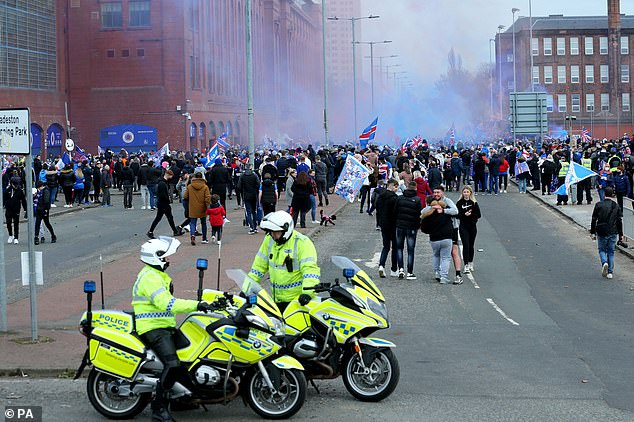 Several Twitter users went even further and branded the Rangers fans ‘a disgrace’.

The Scottish Government slammed fans who breached lockdown rules on Saturday to throw their support behind Rangers ahead of their 3-0 win over St Mirren, with footage showing fans swarming Gerrard’s car as he arrived at Ibrox.

A spokesman for the Scottish Government said at the time they were ‘extremely disappointed’ with the supporters’ behaviour.

Gerrard, however, said he could completely understand the actions of the Rangers fans given what they have been through following Rangers’ financial collapse and demotion in 2012. 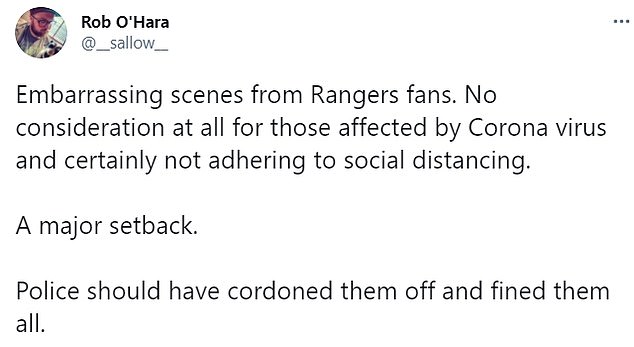 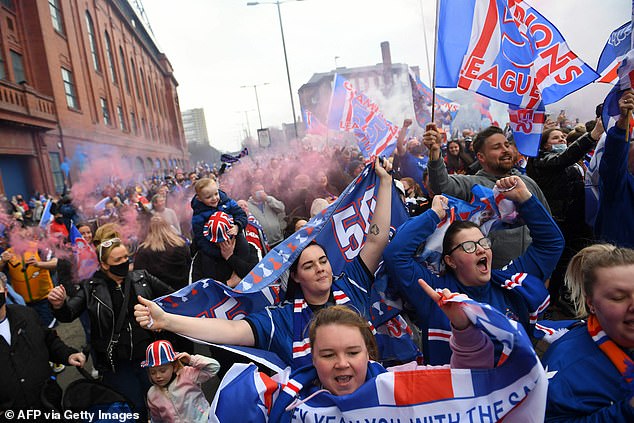 The Scottish Government previously condemned fans for gathering outside the stadium