A popular range of pre-mixed alcoholic drinks have been urgently recalled across Australia because of dangerous faulty packaging.

Ampersand Projects is pulling its Pink Gin and Soda, Vodka and Soda, and Vodka Soda Black because of a packaging flaw in the 355ml bottles.

Food Standards Australia warned the lids could pop off the bottles with enough force that an injury could be caused while opening.

‘Consumers should not open or drink this product and dispose of it safely (away from body),’ Food Standards said.

The drinks have been sold to customers in NSW, ACT, Victoria, Queensland, Western Australia and Tasmania at BWS and Dan Murphy’s stores

They were also available online nationally and at independent retailers, liquor stores and licensed premises. 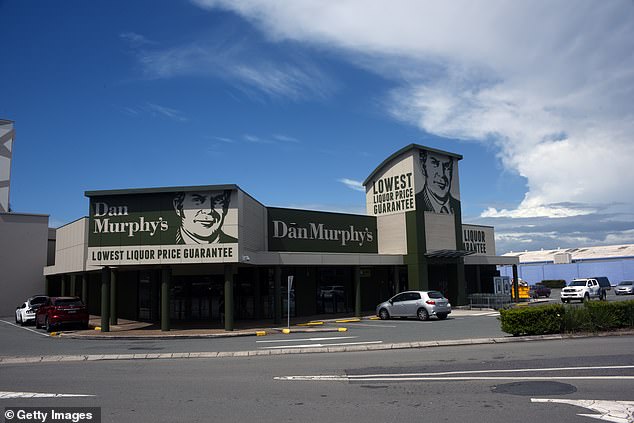 The drinks were sold at Dan Murphy’s (pictured), BWS and online around the country