A ramshackle coastal cottage in Devon transformed into a luxurious five-bedroom mansion with stunning clifftop views has gone on the market for £3.7million.

The old red-bricked property had fallen into a state of disrepair but still commanded £900,000 when sold along with a second cottage next door in 2015.

Both cottages were demolished and the most southerly one has been replaced with a state-of-the-art house with stunning sea views.

Bay View House, near the village of Maidencombe in south Devon, has gone onto the market for £3.7million 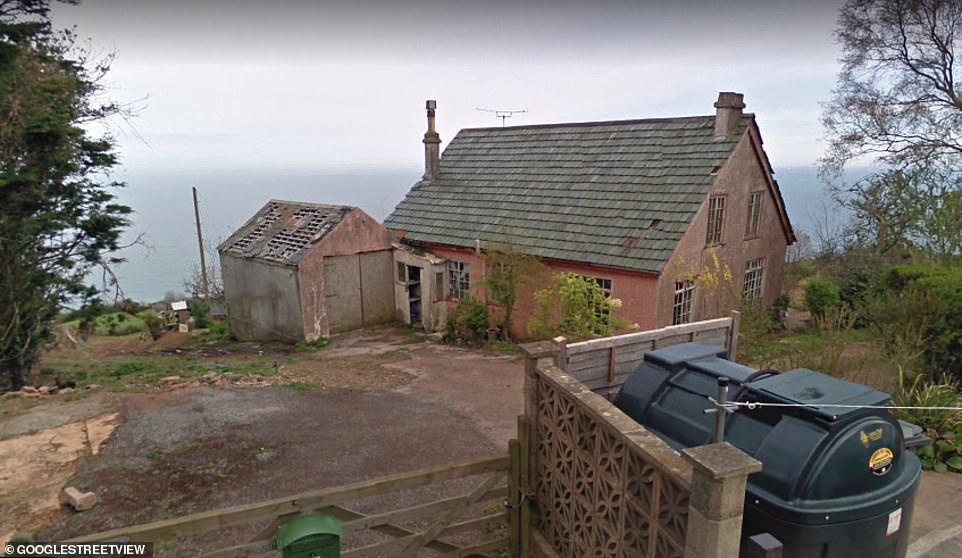 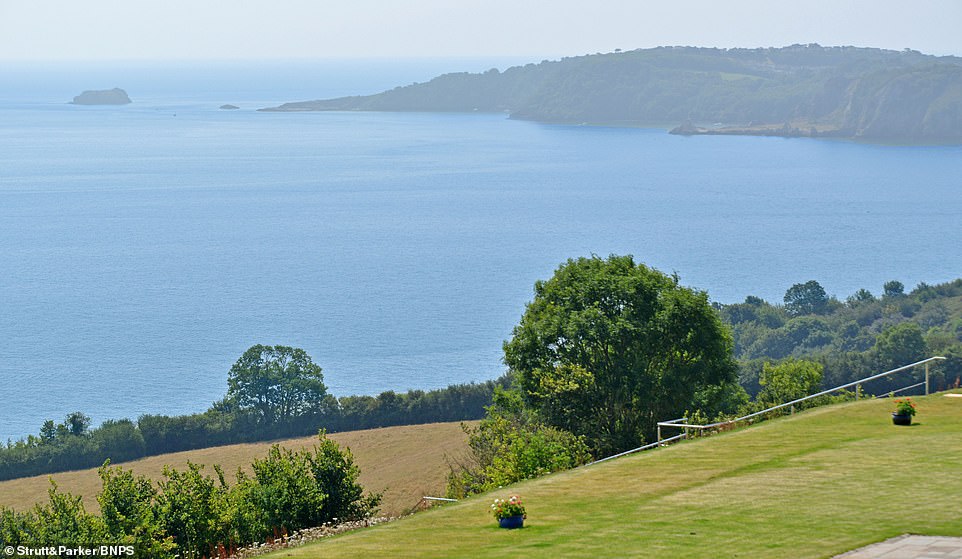 The aptly-named Bay View House, near the village of Maidencombe, a few miles north of Torquay in south Devon, is up for sale with estate agents Strutt & Parker for £3.7m.

The two-acre plot, looking over rolling countryside down to the cliff edge, boasts a huge lounge, open plan kitchen and dining room, a study and 534 square foot sun terrace taking in view of Lyme Bay.

The lower floor features five bedrooms, of which four have en suite bathrooms, a family bathroom and a media room.

A virtual viewing is possible online during the Covid-19 lockdown.

Richard Speedy, of Strutt & Parker, said: ‘There are two new houses on this plot which was bought by property developers a few years ago. 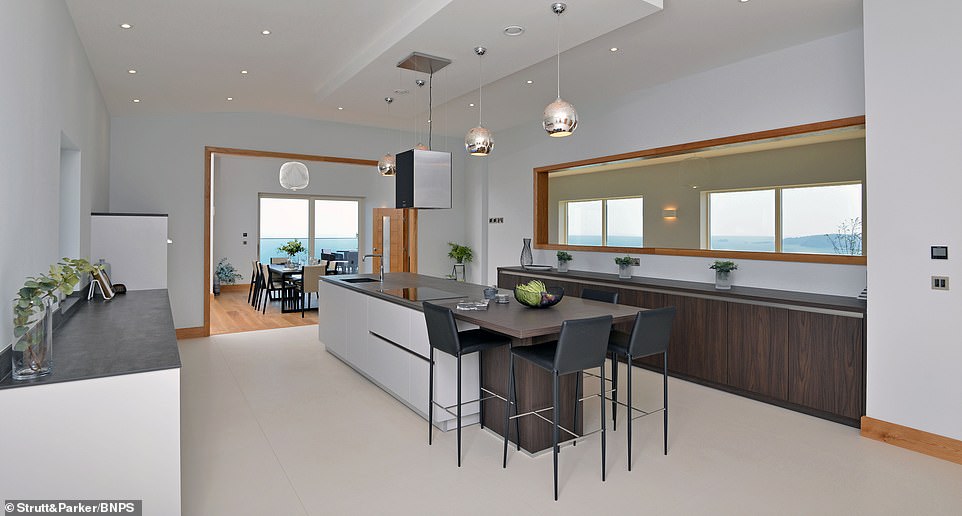 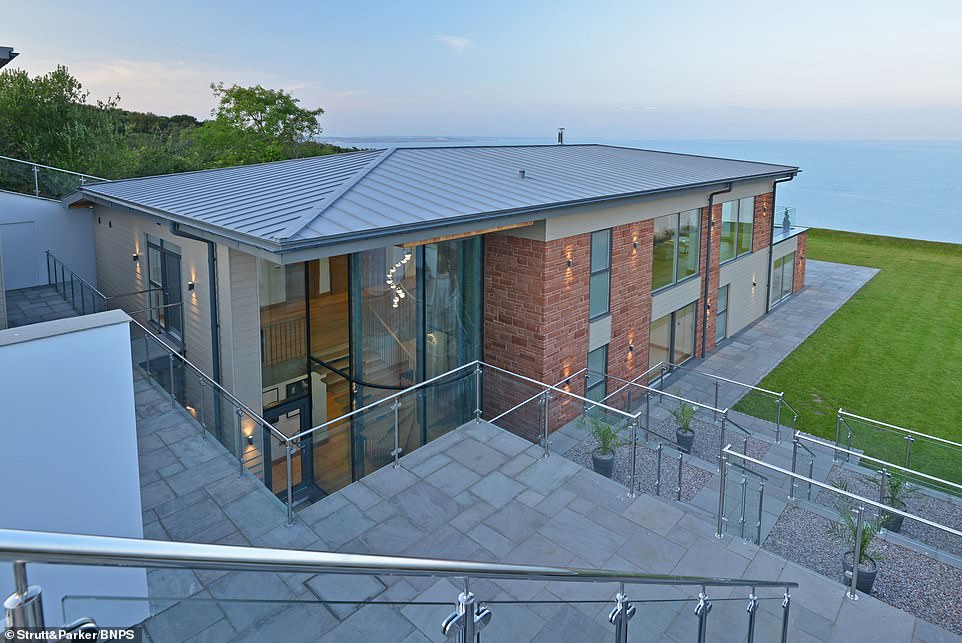 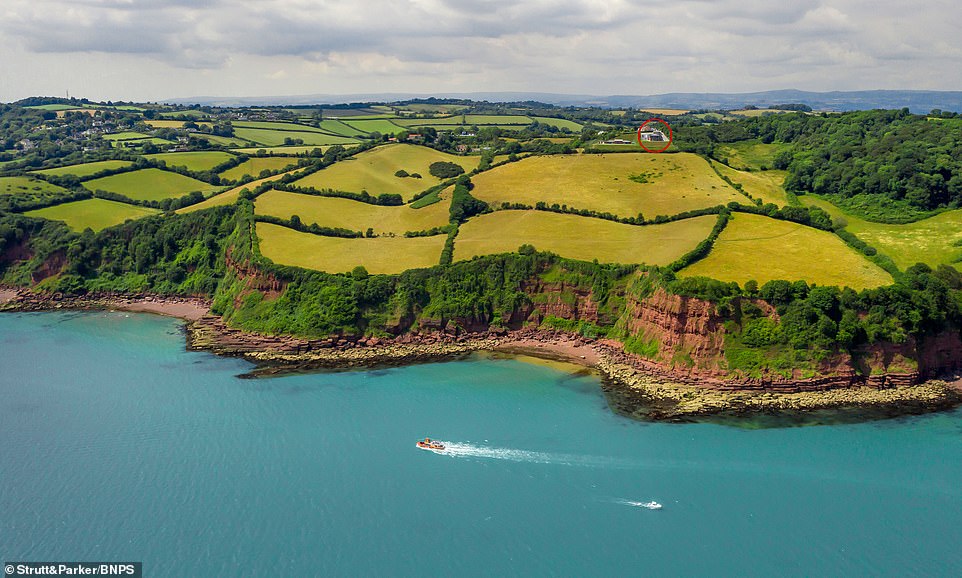 ‘There was an old bungalow on the site before. The developers built a single story dwelling that was sold last year and they finished By View House a few months ago.

‘It is very high-spec and no expense has been spared on it. A lot of excavation work had to be done because the plot was sloping.

‘You come down he driveway and there is a big garage and a lift to take you down to the house which is upside down living to make the most of the views.

‘It is a lovely spot that is surrounded by land owned by National Trust on one side and the RSPB on the other so there is no chance of development. 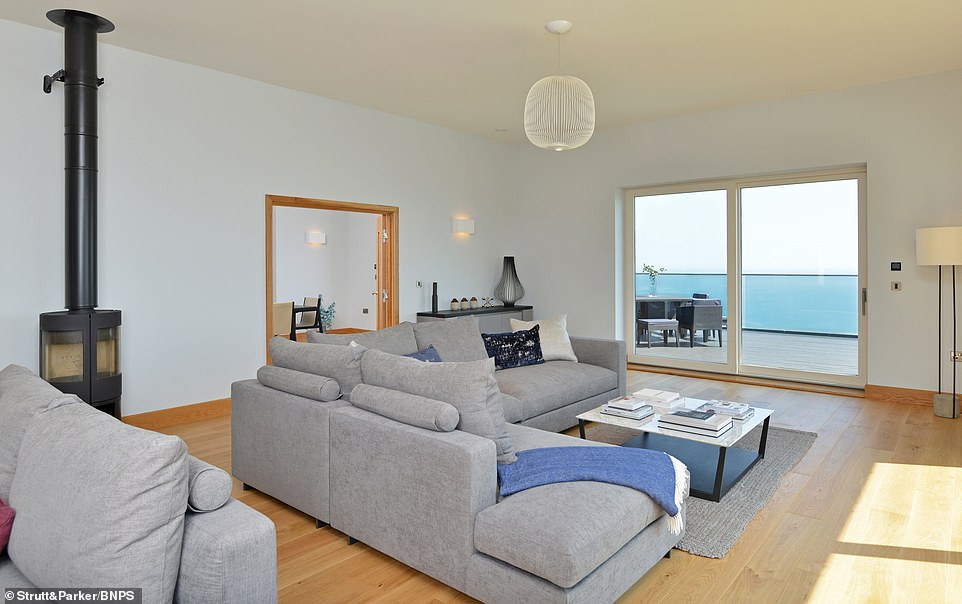 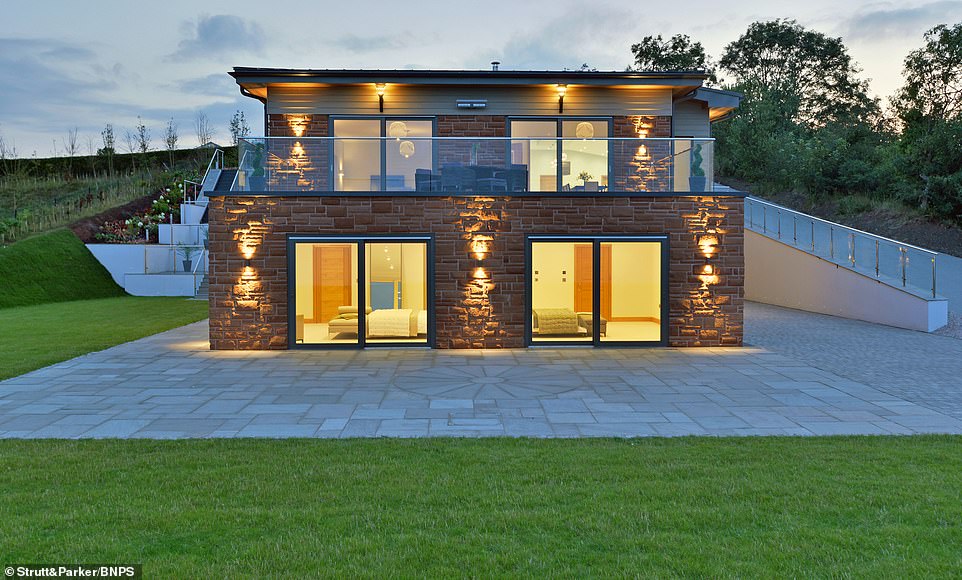 A view of the property illuminated in the evening and the spacious sun terrace, patio and grass areas

‘I would say the house is about a quarter of a mile from the cliff edge so there is no threat from erosion. But the land slopes away so you still have the beautiful sea views.

‘There is a footpath at the bottom of the garden that takes you to the nearest village of Maidencombe.

‘We are doing virtual viewings due to Covid-19. We have already done some viewings with potential buyers but we have had people who use want to look around and have a nose.’