Calls for The Masters to change its name over ‘slave’ connotations at Augusta – where the club founder once insisted: ‘As long as I live, there will be nothing at the Masters besides white players and black caddies’

Is the Masters and Augusta National, with its troubled racial history, about to become the next target for the army of activists currently bringing about sweeping change all across America?

On the Deadspin website, in an article entitled: ‘We’ve lived with the Masters name long enough,’ writer Rob Parker issues a provocative rallying cry for the tournament to revert to its old moniker of the Augusta National Invitational.

‘The racist names and symbols are going by the wayside quicker than you can keep up, and no one’s racist legacy is safe… recently, NASCAR did the unthinkable, banning the Confederate flag from its events, a direct slap in the face of the sport’s paying customers and not an easy decision, but the right choice,’ he argues.

Tiger Woods, the 2019 Masters champion, is proud to be a prominent part of the club’s history

‘There’s a bigger one in the room that needs to be addressed, changed and removed. The name ‘the Masters’ must go.

‘Tiger Woods and other big-time golfers should demand it in the current climate. It’s only right and just. Best of all, in this case it’s a smooth and simple fix. The Masters never felt good or even sounded good when you said it.’

Funnily enough, it sounded pretty good to Tiger earlier this year when he talked about the Masters being his favourite tournament, Augusta his favourite place to play, and how proud he was to be a prominent part of the club’s history.

What will worry Augusta National is, like so many institutions in the Deep South, they are hardly on solid ground in these times of judging past mores by 21st century attitudes. You certainly do not have to dig very deep to find samples of the club’s ugly relationship with race. 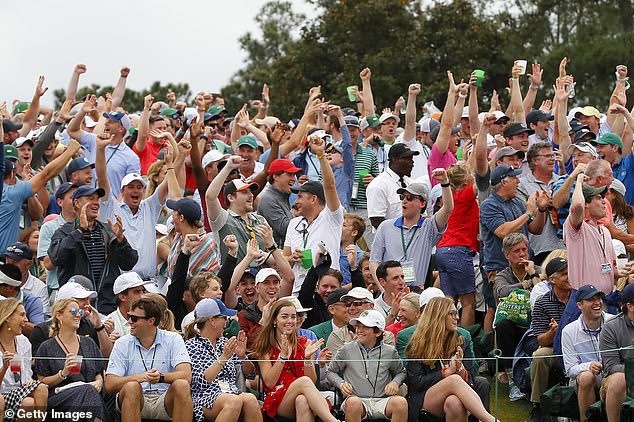 Charlie Sifford, a prominent black player in the Sixties, once quoted Clifford Roberts — the Wall Street broker who founded the club — as saying: ‘As long as I live, there will be nothing at the Masters besides white players and black caddies.’

Whether true or not, it is an uncomfortable fact that it accurately summed up the state of play until Lee Elder became the first black player to compete in the Masters in 1975 — and it was not until 1990 that the club invited its first black member to join. ‘Sumbitch Roberts’ was the name given to the founder by many of the club’s black employees, presumably not on account of his even-handedness. 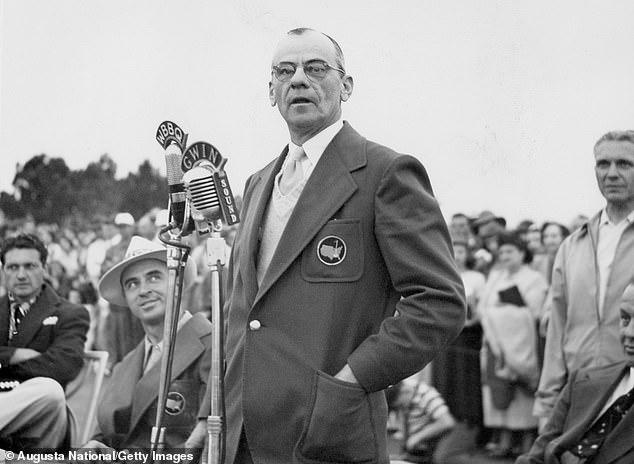 Central to Parker’s argument is an extraordinary claim: ‘Be honest. When you hear anyone say the Masters, you think of slave masters in the South.’

Really? In 35 years of going to the tournament, I can honestly say it had never once occurred to me to make that connection, nor have I heard it made by anyone else. 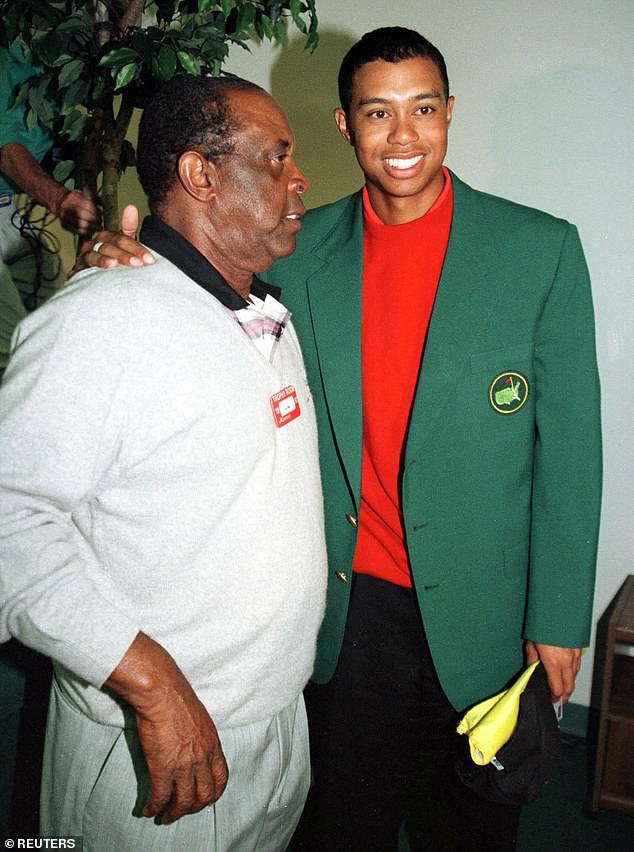 Lee Elder, the first black player to complete at the Masters, is pictured with Tiger Woods who became the first African-American to win the tournament back in 1997 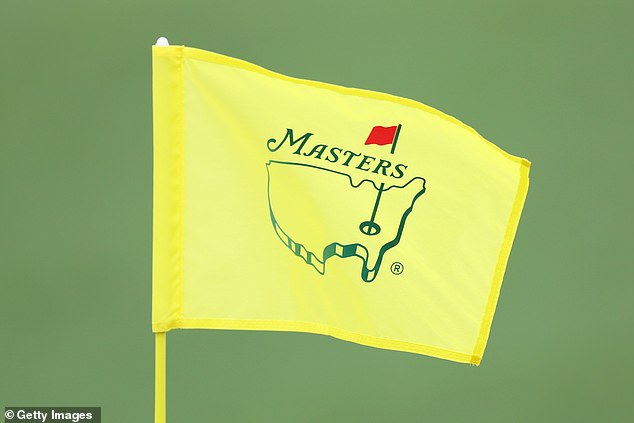 AUGUSTA AND THE MASTERS – A HISTORY

Banker Clifford Roberts – along with Bobby Jones – started The Masters.

It was first played in 1934 – and has always taken place at the same venue.

Roberts once said, according to the New York Times: ‘As long as I live, there will be nothing at the Masters besides white players and black caddies.’

Roberts is also quoted as saying: ‘To make an exception would be practicing discrimination in reverse.’

Lee Elder was the first black player to compete – in 1975.

In 1977, aged 83 and a year after stepping down as chairman, Roberts shot himself on the banks of Ike’s Pond at Augusta. He had been ill for months with cancer and a stroke.

The club did not allow black members until 1990.

Tiger Woods became the first black player to win The Masters in 1997 – the first of his five green jackets.

Ironically, tournament founder Bobby Jones hated the idea of calling the tournament the Masters. Proposed by Roberts to reflect they were inviting the masters of golf, Jones thought it far too presumptuous for a fledgling event. Hence the Augusta National Invitational. Five years later, as the event gained traction, Jones relented.

Around the world they copied the Masters template. The European Tour will restart next month with the British Masters, founded in 1946. During his illustrious career, Lee Westwood has won no fewer than seven different Masters titles.

All that will count for little, of course, if Parker taps into the zeitgeist rather than proving a lone wolf. Will there be protesters outside the gates of Augusta National come November, demanding change?

For the green jackets at the Masters, currently grappling with how to put on their beloved, rearranged tournament in the era of Covid-19, that would be about as welcome as a second wave.