Downpours and gales are set to sweep the country this weekend – with winds of up to 55mph.

Bands of heavy rain will move across England and Wales throughout today, bringing up to 2in on high ground in the South West.

Up to an inch could fall on northern hills such as the Pennines, before the deluge moves north east.

Grey and murky skies are seen overheard as people take part in an ‘All Hands on Deck: Action for Climate Justice’ protest on the River Clyde in Glasgow on Friday 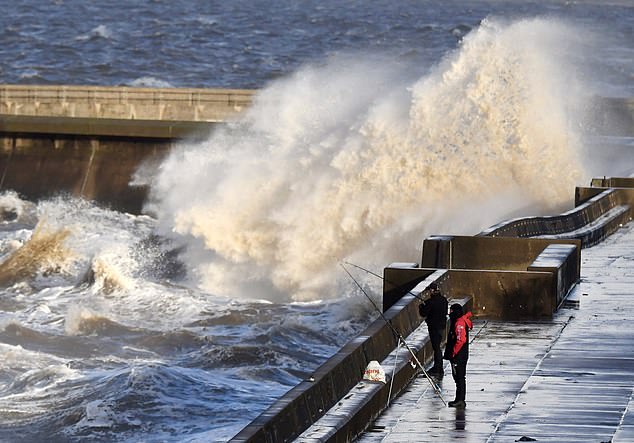 Stormy weather batters the Blackpool North shore on Friday. Downpours and gales are set to sweep the country this weekend – with winds of up to 55mph 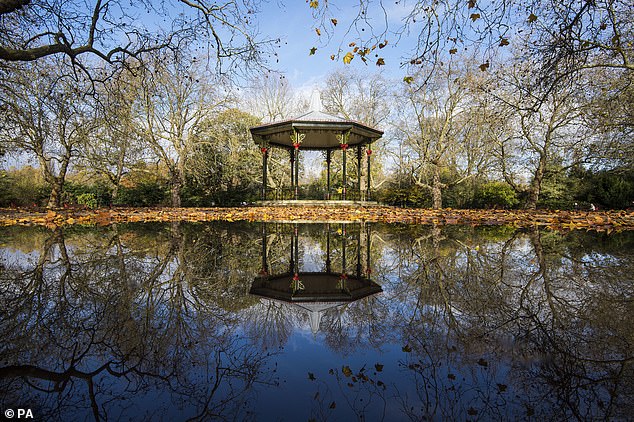 The Bandstand in Battersea Park, London, with the ground drenched on Thursday. Bands of heavy rain will move across England and Wales on Saturday

Another band of heavy rain is due to push into south-east England tomorrow, with the strongest gusts battering the South West and South Wales.

But the soggy outlook does mean the mercury should hit 15C (59F) in southern England and Wales.

The heaviest rain will be in the south and west while rain in the north and east will often be light and patchy. Clear spells will develop later in Wales and western England.

During Saturday evening, most areas will be dull with outbreaks of rain, mostly light and patchy. However, rain will clear Wales and western England during the early evening. 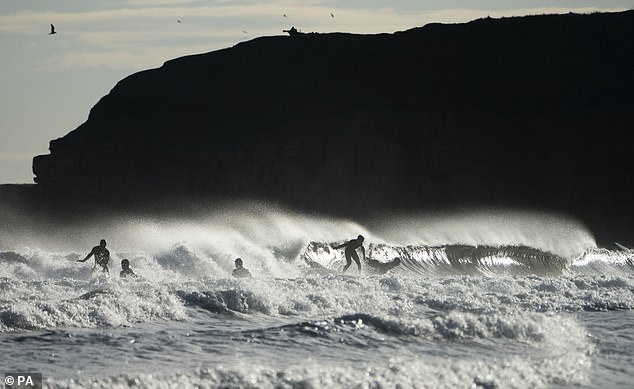 Surfers silhouetted against the waves at Tynemouth, near North Shields on Thursday 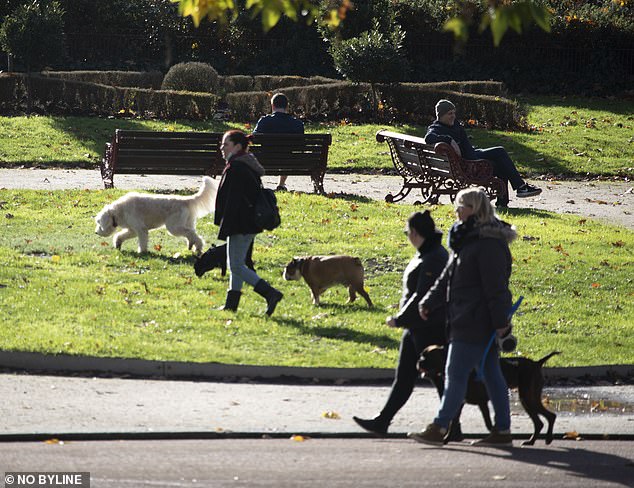 People walking their dogs as they take their daily exercise during the second coronavirus lockdown in England and enjoy the autumnal weather in Battersea Park, London 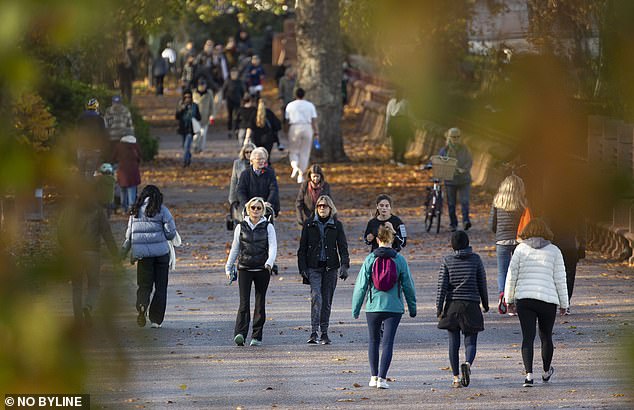 People going for walks as they enjoy the autumnal weather in Battersea Park. Another band of heavy rain is due to push into south-east England tomorrow 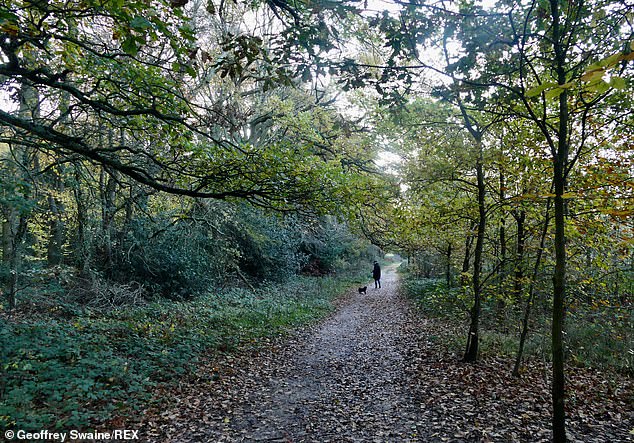 Walkers out early in Dunsden, Oxfordshire on Thursday, ahead of downpours and gales which are set to sweep the country this weekend 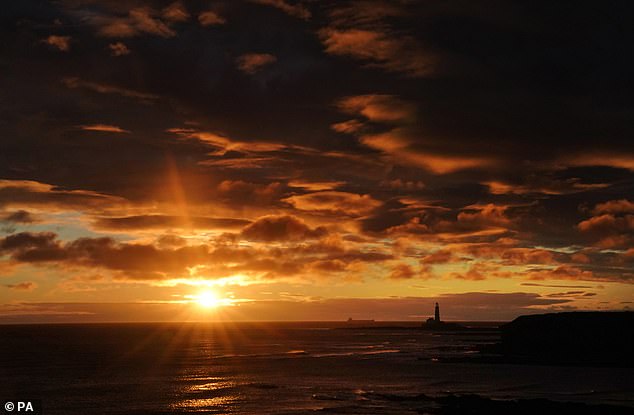 Morning breaks on the North East coast looking across the water to St Mary’s Lighthouse in Whitley Bay, Tyne and Wear, on Thursday

After midnight, it will be very unsettled with clear spells but also frequent showers, especially in the south and west.

Tomorrow will be windy and overcast with rain in Scotland and Northern Ireland, heavy at times. Sunny spells and heavy, possibly thundery, showers in England and Wales.

After a bright start, Monday will become increasingly cloudy with rain for most in the late afternoon and evening.