Rail card for staycations: New pass will make it cheaper to travel the country on trains under Government plan to boost domestic tourism after Covid lockdowns

By David Churchill, Transport Correspondent For The Daily Mail

A rail pass for domestic tourism is to be launched later this year.

The initiative is part of a plan to reboot Britain’s tourist industry and encourage people to holiday in all four nations of the UK by making it cheaper to travel.

It will be similar to BritRail passes which give overseas visitors unlimited train travel around the country.

They range from £96 for two days to £568 for a month, according to retailer Trainline, and also give discounted entry to tourist attractions.

The move will come as a boost to Britons looking to book ‘staycations’ amid ongoing uncertainty around international travel.

Tourism minister Nigel Huddleston said: ‘The Tourism Recovery Plan is our blueprint for how the sector can build back better from the pandemic, even faster than forecasts predict.

‘I encourage everyone to rediscover the UK’s fantastic tourism offer.’

The Government’s plan also includes a £10million scheme involving National Lottery players being able to claim vouchers which can be redeemed at tourist sites across the UK between September 2021 and March 2022.

This is to encourage trips beyond the peak summer season, the Department for Digital, Culture, Media and Sport (DCMS) announces today.

Further details of the rail pass, such as the cost, and lottery vouchers will be announced at a later date.

The measures aim to bring domestic and inbound tourism back to pre-pandemic levels by 2022 and 2023 respectively.

Lord Patrick McLoughlin, chairman of tourism authority VisitBritain, said: ‘The UK Government’s Tourism Recovery Plan is a welcome and important step on the industry’s road to recovery, recognising the economic potential of the sector, setting out a clear policy direction for the future and outlining the ambitions for domestic and international tourism.’

Kate Nicholls, CEO of UK Hospitality, said: ‘The Tourism Recovery Plan is a hugely positive and welcome recognition of the social, economic and cultural importance of the hospitality and tourism sector.

‘It is not only our third largest export earner but also domestically it delivers jobs, growth and investment at pace and scale in communities across the UK.’ 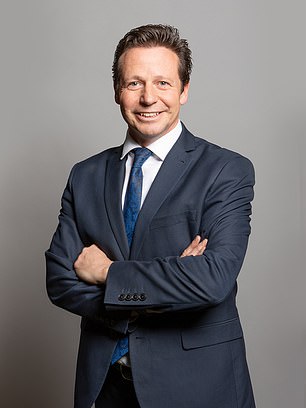 Minister for Scotland, Iain Stewart MP, said: ‘The launch of a new rail pass will encourage people from across the UK to come and explore our beautiful country while giving the tourism and hospitality sectors a much-needed boost.’

Secretary of State for Wales, Simon Hart MP, said: ‘Wales has so much to offer visitors, and tourism is key to our economy.

‘Measures announced today that apply in Wales show the UK Government is delivering for one of the sectors that has been hardest hit.’

The DCMS added that there will be a ‘new focus on technology and data’, using information obtained from inbound tourists at the border to track trends and help the industry tailor its offering.

A sustainable tourism plan will be developed to consider measures to reduce the environmental impact of travel.

The Government will also consult on introducing a registration scheme for tourist accommodation in England, which would include hotels, B&Bs and short-term rentals booked through sites such as Airbnb.