Raheem Sterling is not prepared to let Gareth Southgate take all the bullets.

‘It is not for Gareth to shoulder the blame,’ Sterling said yesterday. ‘We have players that can take responsibility as well and it starts with these performances,’.

Sterling speaks from a position of knowledge. He has been exactly where Southgate finds himself in this moment — in the eye of the storm, taking abuse from his own supporters while representing England.

‘My mentality was, OK no matter, good or bad. I needed to just focus on myself and not listen to what the outside world was saying. That’s definitely been something that’s put me in good stead. Not just here with the national team but away from football as well, to keep level-headed and focused and not listen to the noise.

‘That’s a message that can go with the squad here in the next couple of months. We know there will be noise and we really need to block it out if we are going to do well at the World Cup.’ 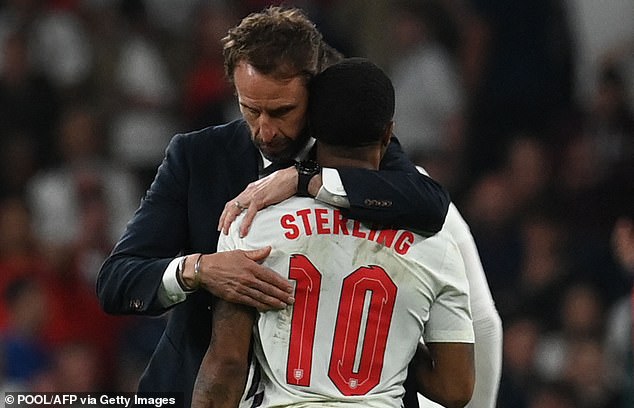 It is no surprise the Chelsea star came out swinging for his international manager on Sunday.

The pair share a close relationship. When things weren’t going so well for Sterling under Pep Guardiola at Manchester City last season, Southgate was always there — ready to lend an ear and offer support.

Sterling will not forget that. But what he cannot do is camouflage England’s woeful form: no wins in five games, no goals in open play for 450 minutes.

As much as Sterling tries to defend his boss, he knows he cannot stop the criticism. 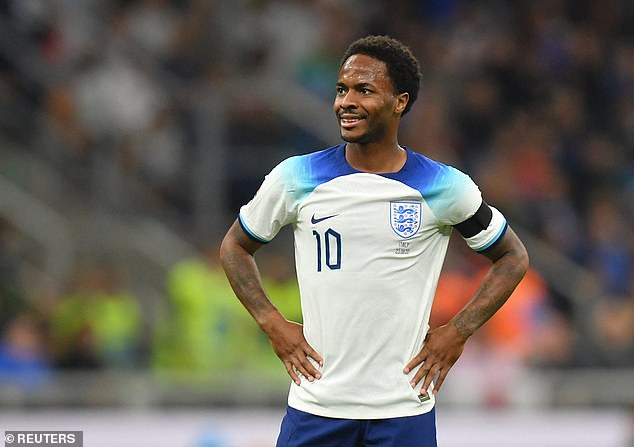 ‘Of course, it’s not nice to see any of your colleagues, or manager, getting criticised,’ said the forward. ‘But we know what it is to play at this level and I think he knows what it is to manage at this level, to be an England manager.

‘We know exactly what that comes with. It can be one or two results and that whole narrative can change. It’s not something we are surprised by. We are expected to win. We are expected to produce good football and I think over these last couple of months, it has not been up to that level. 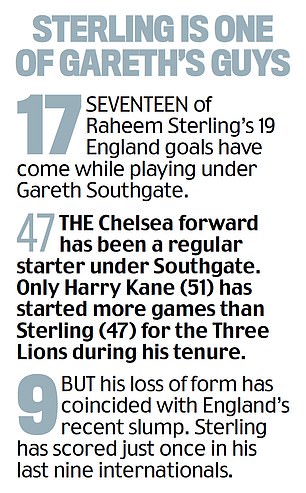 ‘I think he understands that. I don’t think it is something he feels threatened by. I think he is up for the challenge to try to make it right. We have a chance to do that against Germany and of course at the World Cup.

‘I understand why people are panicking with the World Cup so close and results not going the way we would want and they would want, I understand that. But of course, from the team’s perspective, a lot of things come into play. That’s not to make excuses — we are taking responsibility, knowing results haven’t been right and that we need to fix that.’

If England are to correct the wrongs of a miserable four-month period, Sterling will continue to be pivotal.

One of only a few genuine world-class talents in the England squad, Sterling remains integral to Southgate’s plans.

Right now, Southgate needs Sterling more than ever. Judging by the player’s comments on Sunday, England’s squad are ready to come to their manager’s rescue in his hour of need.

‘There are things that we speak about and the most important thing to come out of those messages is the performances. 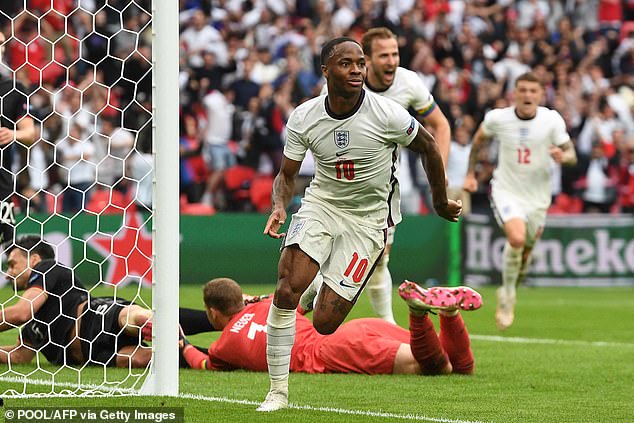 ‘That’s the message over the last couple of days when the boys have been speaking — it’s getting more out of each other, push each other, take criticism.

‘If someone is not doing something right then we have to push each other to try and get the best for the team.’

Asked if the players need to be brutally honest with each other, Sterling replied: ‘Yes, that’s where we are at.

‘I don’t think it’s about fighting or doing anything silly like that. On the field, if there is something not right and somebody is not doing what they should doing, we have lots of players who are vocal.’