Valuable: It took just two weeks for Rachel Lacey to transfer her pension

For years I’d put off doing anything about my old workplace pension. I’d paid the plan minimal attention since I stopped putting money into it, and only remembered its existence once a year when the annual statement dropped through my letter box at home.

My neglect was typical of most workers in the UK. We are normally forced to open a workplace pension each time we start a new job, which means that by retirement we generally have a number of them that have built up – making it increasingly difficult to keep track of all of them. It is no wonder that there are old workplace pensions worth around £19 billion that have been forgotten about altogether.

I had not lost track of my old pension, but knew I was not getting good value. I was paying more in fees than I needed to, and was invested in overly cautious funds which were unlikely to produce the best returns over the long term. I was overpaying by around a thousand pounds a year, yet still I didn’t switch.

I somehow presumed that moving a pension would be a serious faff. I’m comfortable switching insurance and energy providers – before deals were removed from the market – but was daunted by the thought of transferring thousands of pounds in retirement money.

I couldn’t have been more wrong. I decided to transfer my old workplace pension into a self-invested personal pension (Sipp), which I have been managing since I became self-employed two years ago.

Anyone can set up a Sipp on an investment platform such as Hargreaves Lansdown, AJ Bell, Vanguard, Fidelity or Interactive Investor. These allow you to pick what to invest in – from a large range of shares, funds and stock market-listed investment trusts.

Other options include moving your pension into an existing workplace scheme or opting for a consolidation firm, which sets up a new pension to pool your existing ones, such as PensionBee.

I logged on to my Sipp and requested the transfer within a few minutes. All I had to do was fill out a form with details of the scheme I wanted to move and to specify whether I wanted a ‘cash’ or ‘in-specie’ transfer.

I went for a cash transfer – which meant my pension investments were sold and the proceeds moved into my Sipp for me to invest.

With an in-specie transfer, your investments are moved directly over, but it’s only possible if the same investment options are available with the new provider.

Cash transfers are quicker as they are more straightforward and I was told the transfer would take two to three weeks.

Thankfully the two companies involved (Scottish Widows and Interactive Investor) did their respective work quickly and ten days later the money had been moved. Then, I just had to decide where to invest it.

I didn’t want my money out of the market for any longer than necessary, but by this point the summer holidays had started and my mind was on the kids and packing to go away. So, I decided to top up my existing holding in fund Vanguard LifeStrategy 80% Equity. This is a low-cost tracker fund that invests in shares in thousands of companies around the world, with 20 per cent invested in global bonds. I can always move my investments around in time.

The whole process took less than two weeks, I was updated at each key stage and there were no headaches along the way.

By switching I have avoided around £1,000 that I was paying in pension charges each year and I am still paying the same £240-ayear platform fee I was always paying on my investments (before fund charges).

It’s difficult to quantify just how much that will net me over the next 20 or so years. But I’m confident it will make a significant difference to the warmth of my radiators and contents of my fridge when I do eventually retire.

I somehow presumed that moving a pension would be a serious faff….I couldn’t have been more wrong.

There is no guarantee that you will save money by consolidating pensions as some existing workplace schemes may already offer a good deal. But sometimes the savings can be significant.

Some older life company pension schemes in particular can charge high fees – as much as one per cent or more a year. This may not sound much, but it quickly adds up. For example, on a £120,000 pension you would be paying £100 a month – a sum coming straight out of your retirement pot, perhaps without you even realising.

You should be able to find your pension charges on your annual statement, but if it’s not clear you can ask your provider directly. I’m a self-confessed admin-phobe, so I find it easier now I have all of my retirement savings in one place. That way, I can keep track of what I have and what I’m invested in. Ed Monk, associate director of personal investing at Fidelity International, says: ‘The great benefit of transferring workplace pensions into a Sipp is that you will have far greater control over how your pension is invested.

‘Sipp providers tend to offer a wide universe of investments to suit investors of all levels.’

Switching is not for everyone though and there are risks. 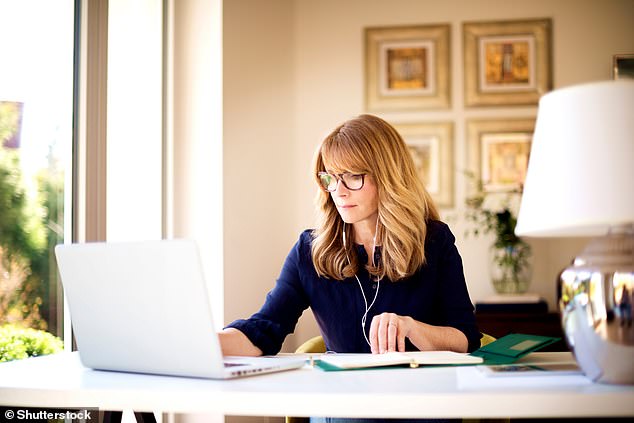 If you are looking at transferring your pension make sure you’re aware of any fees and balance them against potential gains.

You don’t need to be a seasoned investor to run your own pension, but if you opt for a Sipp you do need the confidence to pick your own investments.

There’s a risk around timing too. Cash transfers mean coming out of the markets and while you might be lucky and miss a fall, there’s also the chance of losing out on a rally. Rebecca O’Connor, head of pensions and saving at Interactive Investor, says: ‘You also need to see if you’ll be giving up any valuable benefits by switching.’

She adds that some pensions offer a valuable guaranteed income or an earlier minimum pension age – perks you may not want to give up in a hurry. Some pensions taken out before 2010 also have guaranteed annuity rates, which can be valuable and unlikely to be worth relinquishing.

Another word of warning is exit fees. This is a charge levied by providers when you leave your pension – since 2017 these have been scrapped on new schemes and capped at one per cent for over-55s on existing plans.

If you’re planning a transfer you need to find out whether a charge applies and balance it against your potential gains.

My transfer was straightforward as I already had a Sipp to move the money into. But O’Connor of Interactive Investor says it’s important to do your research and take care if you’re opening a new pension plan.

‘Be careful,’ she says. ‘Scammers are out there and after your pension and they’ve got plenty of clever ways to part you from it. So if you decide to transfer, make sure you are moving your pension to a reputable firm regulated by the Financial Conduct Authority.’

You can check any investment or pension company details at register.fca.org.uk. Also, read The Pensions Regulator’s ‘avoid scams’ page at thepensionsregulator.gov. uk/en/pension-scams.