An Australia spy plane has been intercepted by a Chinese fighter jet while conducting surveillance in the South China Sea.

The Chinese J-16 jet confronted the Royal Australian Air Force P-8 aircraft on May 26 with ‘a dangerous manoeuvre’, the Department of Defence Department said.

‘The intercept resulted in a dangerous manoeuvre which posed a safety threat to the P-8 aircraft and its crew.’

The Australian Government has raised its concerns about the latest incident with the Chinese Government.

‘Defence has for decades undertaken maritime surveillance activities in the region and does so in accordance with international law,’ Defence said.

In doing so, it was ‘exercising the right to freedom of navigation and overflight in international waters and airspace’.

The intercept comes at a time of heightened tensions over Taiwan and Australian exports to China.

At the Quad meeting with the leaders of the US, India and Japan last month, Prime Minister Anthony Albanese defended President Joe Biden after his comments that the US would get militarily involved if China attacked Taiwan.

‘President Biden has confirmed there is no change in the United States’ position,’ Mr Albanese said.

‘I confirm there is no change in Australia’s position.’

China’s ambitions to seize Taiwan led then defence minister Peter Dutton to emphasise last November that Australia would join a US mission to defend the democratic island’s autonomy.

A month later, Australian sugar, barley, lobsters, wine, copper and timber were added to the list.

Six meat processors were banned from exporting beef to China.

In December 2020, Australia lodged a complaint with the World Trade Organization over China’s 80.5 per cent tariffs on its barley exports.

In March 2021, China imposed duties of between 116.2 per cent and 218.4 per cent on Australian wine, making it too expensive for Chinese consumers.

This effectively killed the market.

On February 17 last, Defence said a P-8A Poseidon detected a laser illuminating the aircraft while in flight over Australia’s northern approaches.

‘The laser was detected… from a People’s Liberation Army Navy vessel. Illumination of the aircraft by the Chinese vessel is a serious safety incident,’ Defence said at the time.

‘Acts like this have the potential to endanger lives. We strongly condemn unprofessional and unsafe military conduct.’

Defence said the actions could have endangered the safety and lives of Australian Defence Force personnel.

‘Such actions are not in keeping with the standards we expect of professional militaries,’ it said.

The Chinese vessel, in company with another Chinese ship, was sailing east through the Arafura Sea at the time.

Australian-Chinese relations have endured a difficult time since April 2020, when then-prime minister Scott Morrison called for World Health Organization investigators in Wuhan to have the same powers as UN-backed weapons inspectors.

The WHO was investigating the origin of the Covid-19 pandemic that has dominated world headlines for more than two years.

In November 2020 it emerged that the Chinese embassy in Canberra had drawn up what became known as the ‘list of grievances’ – 14 black marks that were China’s reasons for the bad blood with Australia.

The list included: ‘The incessant wanton interference in China’s… affairs’; ‘outrageous condemnation of the governing party of China’; and ‘an unfriendly or antagonistic report on China by media’.

‘Whoever’s in government, it will be a difficult relationship,’ he said. ‘It will be difficult because the posture of China has changed. 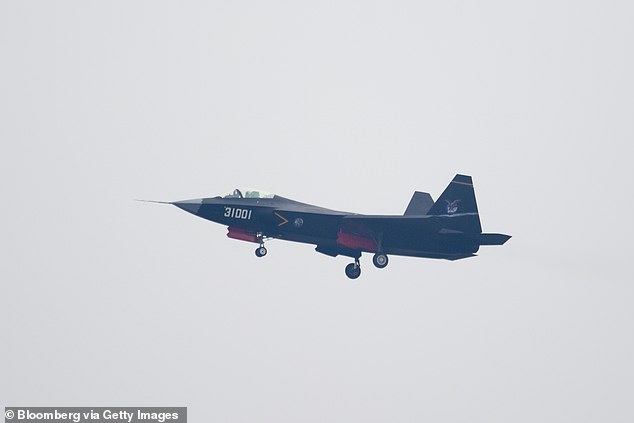 ‘I don’t blame the (Morrison) government and never have for the current circumstances,’ Mr Albanese added.

Mr Albanese said a Labor government would deal with China ‘in a mature way. Not by being provocative for the sake of it to make a domestic political point.

Despite the rollercoaster ride of relations with China in the past two years, it remains Australia’s biggest trading partner, with a strong reliance on Australian iron ore. 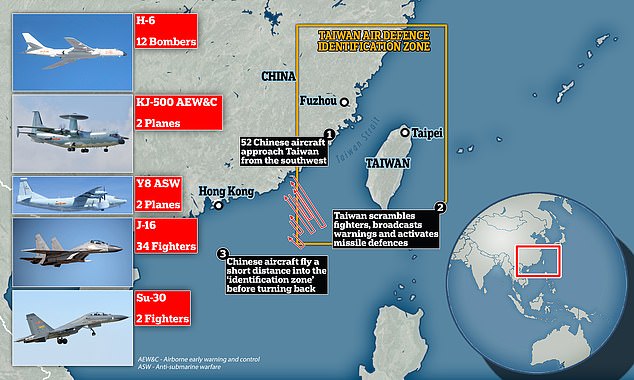