After 32 viewers challenged the claims, the Advertising Standards Authority (ASA) said Quorn’s owner Marlow Foods did not make clear what food the pot was being measured against.

She says ‘I care about climate change’ and the pot is a ‘step in the right direction’ because it helps her reduce her carbon footprint.

Marlow Foods said the rice pot was certified by the Carbon Trust, which helps businesses to become more sustainable.

The food firm also said it had signed up to a carbon protocol, with a commitment to continue cutting the product’s emissions. 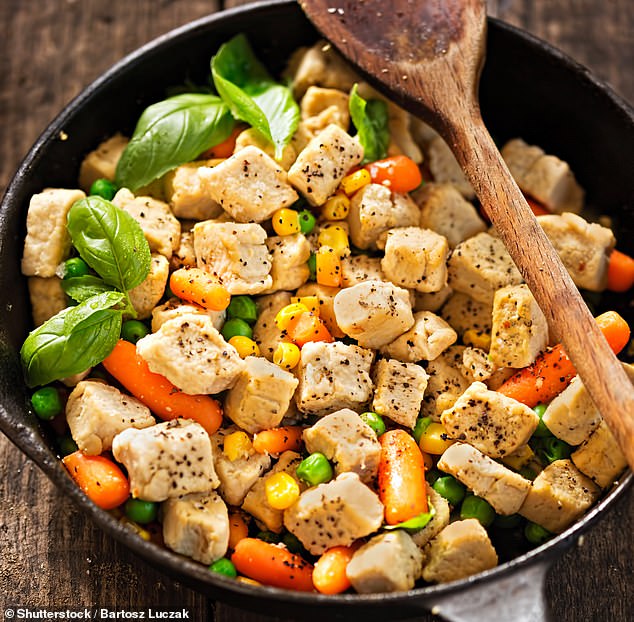 The meat replacement company, which is owned by Marlow Foods, put out the TV advert in April. (Stock image)

It added that Quorn Pieces, a key ingredient, had a lower carbon footprint than chicken.

However, because the advert did not make clear the basis of the firm’s claims, the ASA concluded its message was likely to mislead consumers.

In its ruling, the watchdog told Marlow Foods to ensure its environmental claims were made clear and did not ‘mislead by omitting material information from their ads’.