It’s had the nation gripped during the coronavirus lockdown.

And Quiz star Aisling Bea gave fans a glimpse at filming for the acclaimed drama based on the Who Wants To Be A Millionaire coughing scandal with a slew of behind-the-scenes snaps.

The actress – who played ITV entertainment commissioner Claudia Rosencrantz – took to Instagram to share a gallery of snaps including plenty from the show’s recreation of the Millionaire set.

Fun: Quiz star Aisling Bea gave fans a glimpse at filming for the acclaimed drama based on the Who Wants To Be A Millionaire coughing scandal with a slew of behind-the-scenes snaps

In many of the snaps Aisling was joined by Mark Bonnar, who played the head of Celador Paul Smith, and Elliot Levey, who played Millionaire creator David Briggs.

Among them were plenty of the cast larking about in the hotseat and in Winners Row, pretending to have a go at the Fastest Finger First game.

Her post was captioned: ‘Most of my filming time was myself, Elliot, @mark_bonnar & Ristéard t*****g around like fifteen year olds saying ”OOH GET ONE OF ME IN THE CHAIR! OOH YEAH ME TOO. OOH DO ONE WHERE IT LOOKS LIKE IM ABOUT TO ANSWER.’ 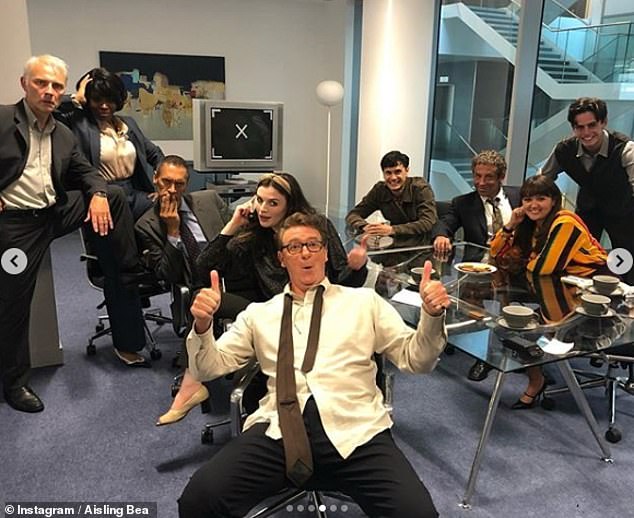 Say cheese! The actress – who played ITV’s entertainment commissioner Claudia Rosencrantz – took to Instagram to share a gallery of snaps 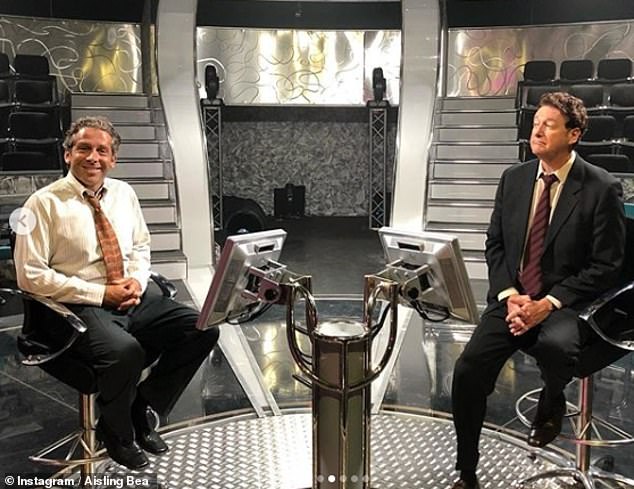 Messing around: Among the snaps were plenty taking on the show’s replica of the iconic Millionaire set 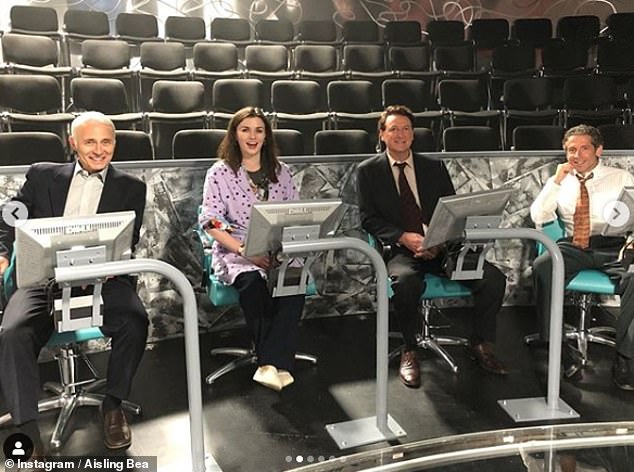 Ready to play? One showed them all posing on the famous Winners Row, where the contestants would play Fastest Finger First

Following Wednesday’s finale, Aisling also shared some fun snaps during filming for Charles and Diana Ingram’s trial, which she admitted had been a struggle in the warm August weather.

She wrote: ‘Oh GAD. ITS BREXIT ALL OVER AGAIN. I think they’re innocent if you’re asking me, not Claudia.

‘This was us up at the top of the airless courtroom in the deep heat of August last year. (And yes I really am this white but legally not a ghost and I still have to pay tax).’ 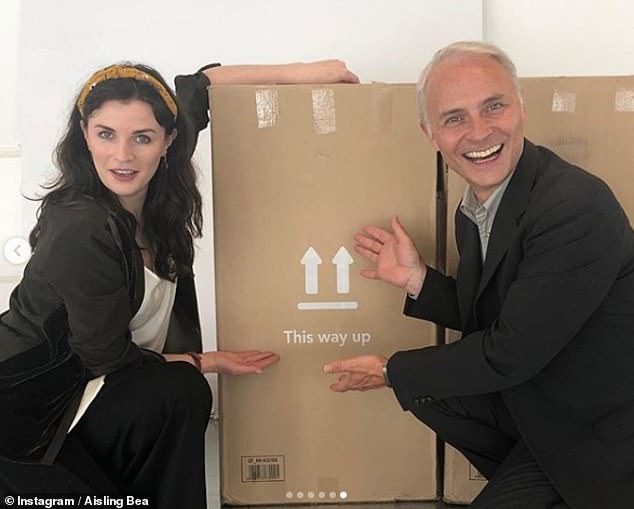 Right way up: Aisling said she filmed a majority of her scenes with Mark Bonnar, who played the Head of Celador Paul Smith 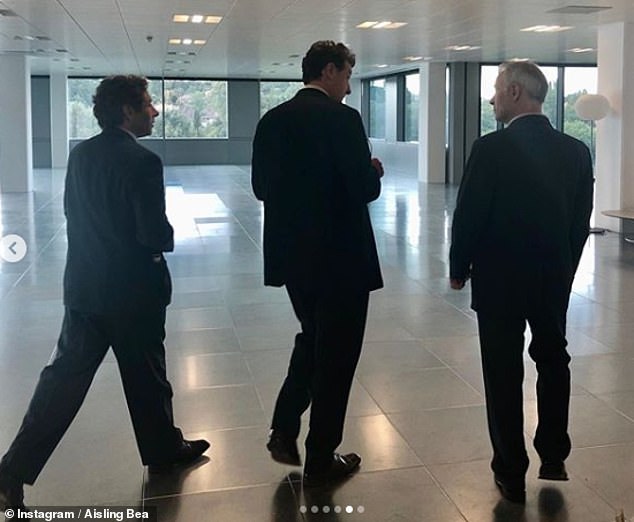 Acclaimed: The third and final episode of Quiz aired on Monday night, and left many fans stunned by hinting that Charles Ingram could be innocent 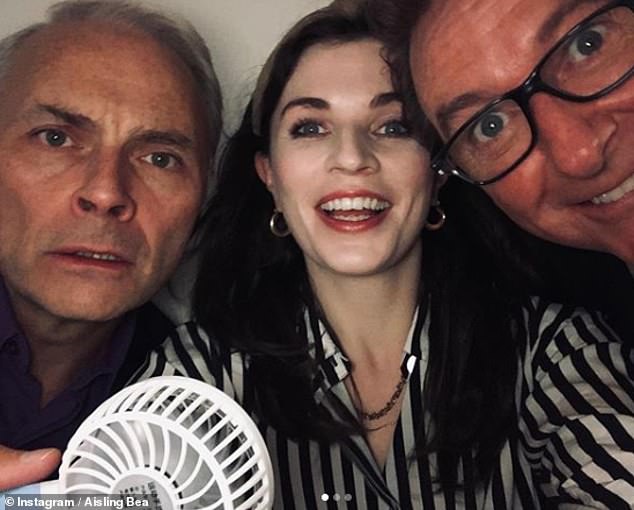 Smile! Aisling also shared some snaps during filming for Ingram’s trial, admitting  they were on set during the August heatwave 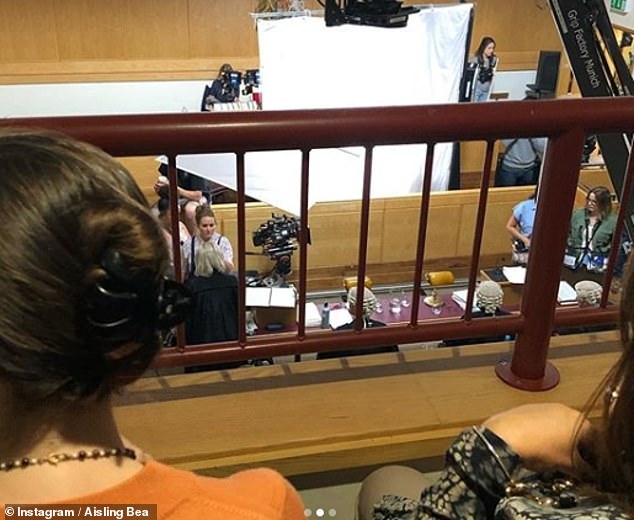 Drama: During the Ingrams trial, much of ITV staff watched from the gallery, with Aisling sharing a glimpse of her view on the set

Quiz ended it’s three episode run on Wednesday night with a surprise conclusion, as it hinted that Charles and Diana Ingram may have been innocent.

The couple were found guilty of deception in 2003 after it was claimed they cheated to win the top prize on Millionaire, and were given suspended prison sentences.

But in the episode’s final moments, Chris Tarrant (played by Michael Sheen) asked Charles for an answer, but appeared to be actually asking viewers to make a decision on whether the Ingrams were guilty.

The scene is taken directly from the 2017 West End play Quiz on which the series is based, which asks its audiences to vote whether the Ingrams are guilty or not. 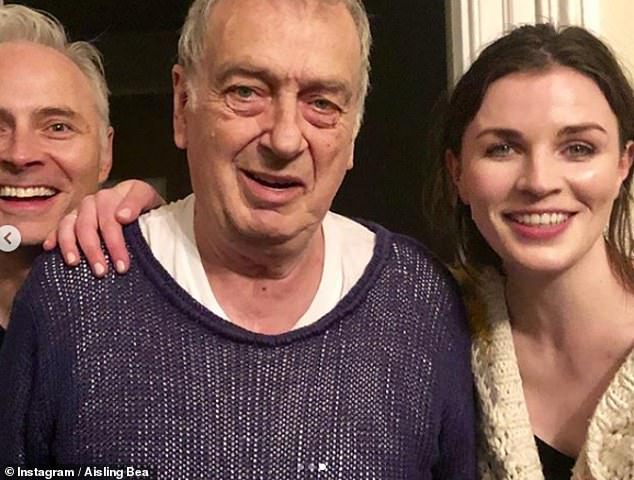 Quick snap? Aisling also grabbed one snap with the series’ director Stephen Frears, who had previously worked on cinematic favourites including royal biopic The Queen 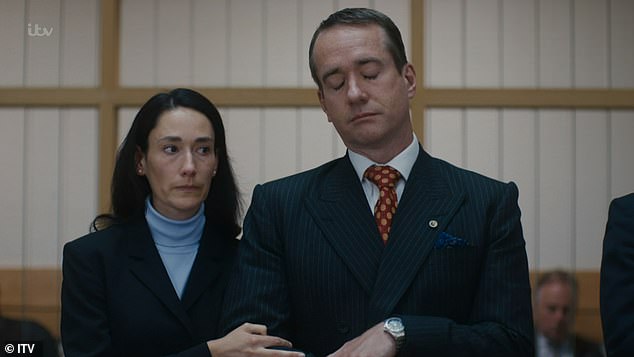 Tense: Charles and Diana were found guilty of deception in the third and final episode of Quiz, after being accused of cheating their way to the top prize on Millionaire