EXPRESS INFORMER > News & Politics > Queenslanders to be given $175 cost of living payment: Here’s how you can get your hands on it

Millions of Australians to be given $175 cost of living payment: Here’s how you can get your hands on it

Queensland Premier Annastacia Palaszczuk has announced a $175 rebate on electricity bills in recognition of cost of living increases for the state’s residents.

The measure is expected to cost $385million on the state’s bottom line.

Ms Palaszczuk announced the rebate to the Queensland Parliament on Thursday morning.

‘In February we announced Queensland households would receive $50 off their power bills later this year because Queenslanders own their power assets – the generators, the transmission and the distribution,’ Ms Palaszczuk said.

‘With wholesale prices going up due to global instability, we have moved to raise it to $175 because we know the pressure Queenslanders face.

‘[The amount of] $175 might not sound like much to some people but for those facing those hard choices it is a help.

‘This dividend is not available in states that sold off their electricity assets.’

‘Electricity providers will automatically apply the credit, so Queenslanders don’t have to apply.’

Deputy Premier Steven Miles and other senior government ministers spoke after Ms Palaszczuk, again claiming the rebate had been made possible because the state had not sold off its electricity assets.

The rebate is expected to be delivered to Queensland residents’ accounts in the second half of this year.

Electricity prices are expected to rise substantially from July after the Australian Energy Regulator warned wholesale prices for electricity had already quadrupled in south-east Queensland in the first three months of 2022.

The regulator said Queensland residents could expect rises in electricity prices of around 6.8 per cent, reflecting increased power usage due to the effects of severe weather and extended humidity from the La Nina event. 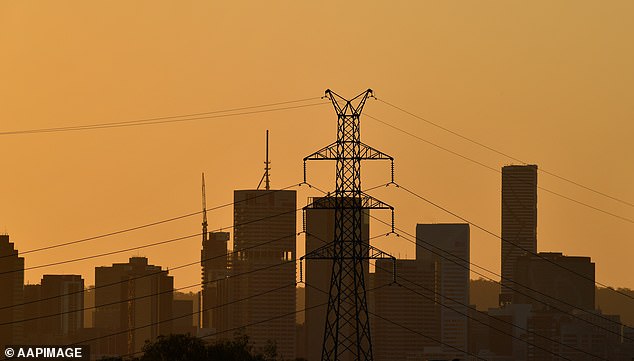 The rebate is expected to be delivered to Queensland residents’ accounts in the second half of this year. Pictured, a high voltage electricity transmission tower is seen in the foreground of the Brisbane CBD skyline 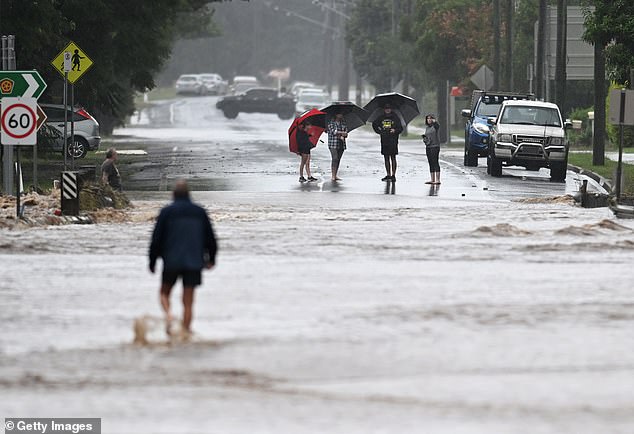 In a follow-up announcement Ms Palaszczuk said Nazi and other hate symbols would be banned in the state.

Ms Palaszczuk will introduce a bill on Thursday that criminalises the intentional display of symbols to promote hatred or cause fear, such as the swastika.

She said exceptions would be made for Hindus, Buddhists and Jains who observe the swastika as a religious symbol.

The announcement followed the recommendation of a Queensland parliamentary committee that hate symbols, including those representing the Nazi and ISIS ideologies, be prohibited.

In parliament Ms Palaszczuk detailed instance in which the symbol had been used, including a Nazi flag being flown near a Brisbane synagogue and similar material appearing at the office of the MP for a Capalaba.

The move sees Queensland follow Victoria as the first Australian states to ban Nazi and other hate symbols.