Queensland has announced a record 16 Covid deaths, the highest number since the start of the pandemic.

Ms D’Ath said 819 people were currently in Queensland hospitals with Covid, including 50 people in ICU and 18 people on ventilation, a jump from the 702 people in hospital yesterday.

She said of the 45 people who had died in the current wave since December 13, only one had received a Covid vaccine booster.

Ms D’Ath also announced new restrictions on hospital visitations. Only two people per ward will now be allowed in public hospitals and only one person accompanying a patient in emergency departments.

‘We don’t want whole families sitting in emergency departments with the one person who needs treatment,’ Ms D’Ath explained.

Yesterday the state recorded 15,122 new cases of Covid infection and seven deaths, the most it had recorded in a single day until today.

Ms D’Ath also attacked Prime Minister Scott Morrison over an ad spruiking the availability of rapid antigen tests at state testing clinics when the state had yet to receive it supply.

‘Scott Morrison should be apologising when he knows that supply isn’t available right now,’ she said.

‘It is not Scott Morrison who is standing there at these testing clinics having to deal with the abuse of people who are unhappy because they can’t get a free test,’ she said.

Chief Health Officer Dr John Gerrard said those who had died included three people in their 70s, eight in their 80s, four in their 90s and one person who was over 100 years.

Ten of the deceased had been double-vaccinated, two had received one dose of a vaccine and four were unvaccinated.

Dr Gerrard said the state was ‘reaching the peak’ of the current Omicron wave but that booster jabs, particularly foe the elderly, were crucial.

‘The virus does seem to be finding people who haven’t had that third dose,’ Dr Gerrard said. 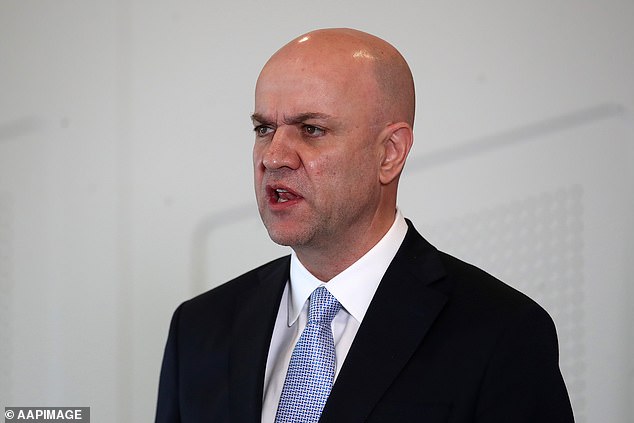 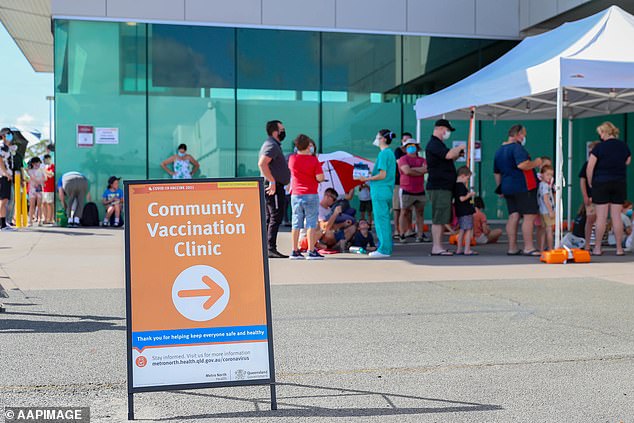 On Monday Chief Health Officer Dr John Gerrard warned that the state had not reached the peak of the Omicron wave as yet and that while the number of the deaths to date was relatively small, more fatalities were expected.

‘There will be more, it’s still early, the numbers will increase,’ he said.

Dr Gerrard said unvaccinated people were 24 times more likely to end up in an intensive care unit compared with someone who is triple vaccinated.

Queensland’s vaccination rates as of yesterday showed 91.59 per cent had received one jab and 88.72 per cent of the population had received two doses of a vaccine.

Restrictions on international travellers such as a 14-day quarantine period are expected to be lifted once the state reached 90 per cent double vaccination some time this week.