Jabs will be compulsory for all workers at state and private schools, child care centres, prisons and youth detention complexes and airports.

Workers in those ‘high-risk settings’ will need to have received one dose of vaccine by December 17 and be fully vaccinated by January 23, Ms Palaszczuk said.

The Premier said a key reason for the announcement was protecting the state’s most vulnerable residents.

‘While children cannot access the vaccination, it is important those around them take every step they can to prevent the virus spreading in schools and early childhood centres,’ she said.

‘Airports are the gateway to the virus entering Queensland and there are vulnerable people in our corrections systems.’

Ms Palaszczuk defended the move as ‘consistent with other states and territories such as New South Wales and Victoria’.

Ms Palaszczuk told the Queensland parliament on Tuesday morning that the state had reached 86.27 per cent of its eligible population with a first dose of a Covid vaccine and 76.08 per cent were now fully vaccinated.

The premier said the plan to re-open Queensland’s borders to visitors by road and air on Dec 17 was not yet affected by news that the Omicron Covid variant had been detected in international arrivals to Sydney.

She planned to receive more information at a specially convened national cabinet this afternoon.

Queensland recorded no new cases of community transmission of Covid on Tuesday, but two cases were detected in hotel quarantine, both from Melbourne. 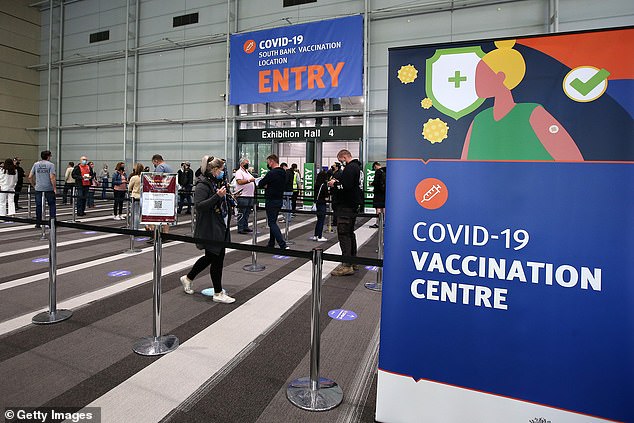 Workers in the designated high-risk settings will be required to have at least one vaccination dose by December 17 and be fully vaccinated by January 23, 2022 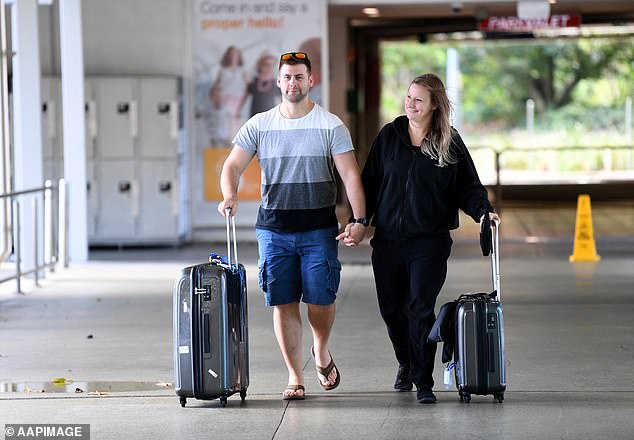 Annastacia Palaszczuk said the plan to re-open Queensland’s borders to visitors by road and air on Dec 17 was not yet affected by news that the Omicron Covid variant had been detected in international arrivals to Sydney. Pictured: Passengers arriving at Brisbane Airport

Ms Palaszczuk’s announcement sparked a torrent of comments on her Facebook page, many expressing confusion as to whether they would be included in the mandate.

‘Does this apply to volunteers (tuckshop, uniform shop etc)?’ one woman asked.

‘Can you please expand on airports. What airport departments come under this mandate? Is it every airport worker such as engineering etc or just workers who come in contact with the public?’ asked another person.

‘Where do children’s swim schools fall in this? Swim teachers are in direct contact with children all the time,’ posted another.

Others feared the decision will cause staff shortages at schools as those who did not wish to be vaccinated took leave or left the profession.

Some people commenting on Ms Palaszczuk’s post wondered if parents would be required to be vaccinated to enter Queensland schools but the announcement relates only to those who ‘work’ at schools.

Both NSW and Victoria had already mandated Covid vaccinations for the same categories of worker as Queensland has now announced.

Ms Palaszczuk was also predictably attacked online by anti-vaccination activists, who accused her of ‘following an agenda, not the science.’

‘Children are not at risk! Do not use my children as a scapegoat to vaccinate adults against their will. These mandates are wrong on so many levels,’ wrote one person. 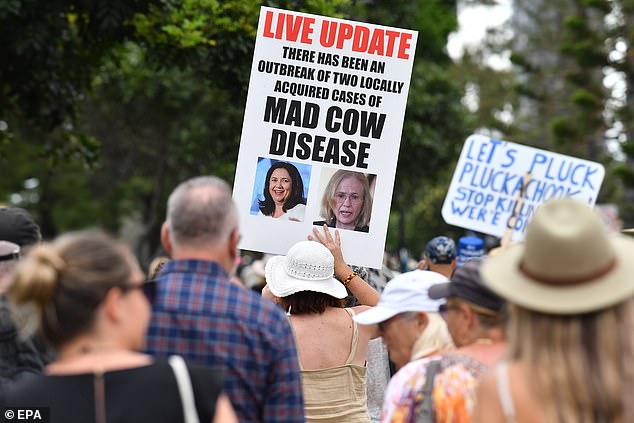 Ms Palaszczuk’s announcement about mandatory vaccines has already been attacked online by anti-vaccination activists, who accused her of ‘following an agenda, not the science’

Police Minister Mark Ryan told the parliament that Surf Lifesaving Queensland had also decided that all volunteers and staff over 16 years of age will have to be fully vaccinated by March 2022.

From December 17, unvaccinated people in Queensland will be banned from all state venues such as restaurants, bars, pubs, clubs, theatres, cinemas and sporting venues.

Deputy Premier Steve Miles defended the state’s decision to build a purpose-built quarantine facility at Wellcamp, near Toowoomba, telling parliament it would ‘stand us in good stead’.

‘We will not be caught out as some other states now are,’ he boasted.

Yesterday Ms Palaszczuk also defended construction of the facility, which some critics had described as a ‘white elephant’.

‘We also knew that building dedicated quarantine facilities was a further important safeguard – that’s why we pressed ahead with Wellcamp,’ she said.

‘I am a bit worried about how many people are in Australia at the moment that are not in hotel quarantine, so I would like some answers on that tomorrow [at national cabinet].’