Dogs are now banned from travelling in ute and trailer trays unrestrained right across Australia after Queensland became the final state to introduce the law.

The state government passed the law outlawing the practice last month as part of a series of changes to Queensland’s Animal Care and Protection Act.

Drivers caught with a dog unrestrained in their ute or trailer tray can face fines of up to $8,625. 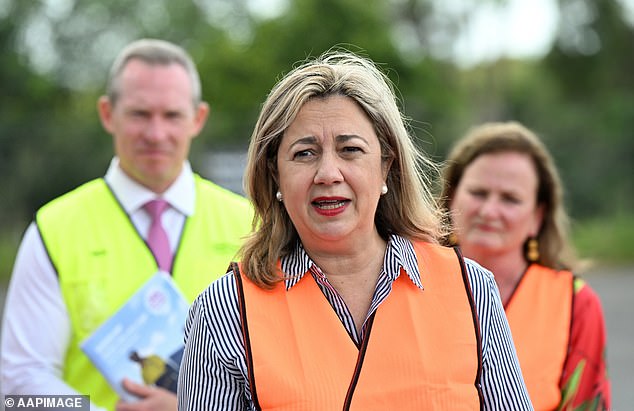 Queensland is the last state in Australia to implement the rule after the government updated the state’s Animal Care and Protection Act (pictured, Queensland premier Annastacia Palaszczuk)

People who observe motorists driving around with dogs unrestrained in their ute or trailer can report them to the RSPCA.

The government recommends keeping a dog in a large enclosed cage or tethering them to the vehicle when you’re driving.

Farmers can leave dogs unrestrained in the back of their utes or trailers if the dog is helping them move livestock.

Other amendments to the Animal Care act includes the ban of pronged dog collars and giving animal welfare inspectors powers to intervene where an animal is found to be in distress.

The metal pronged collars inflict pain on dogs as a form of ‘punishment’ by tightening around their necks when pressure is applied.

The individual holding the leash is able to pull the collar, with the blunted prongs pinching the animal’s neck.

A new animal welfare law was also introduced under the act where if someone breaches their duty of care to an animal that results in its death, serious deformity, serious disablement or prolonged suffering, they can be jailed. 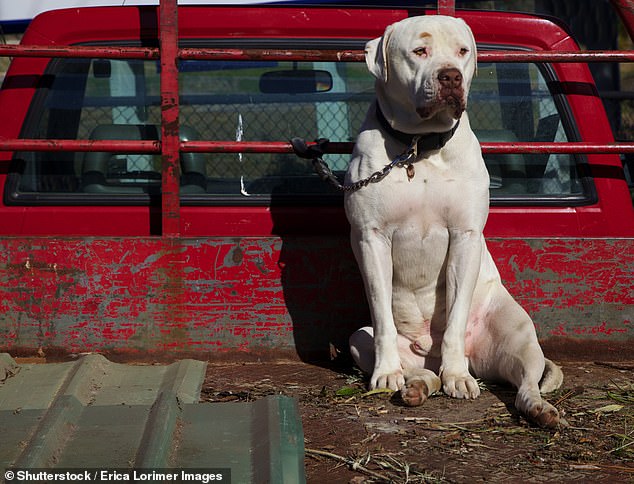 Offenders face fines of up to $8,625 if they don’t secure their pet appropriately (stock image) 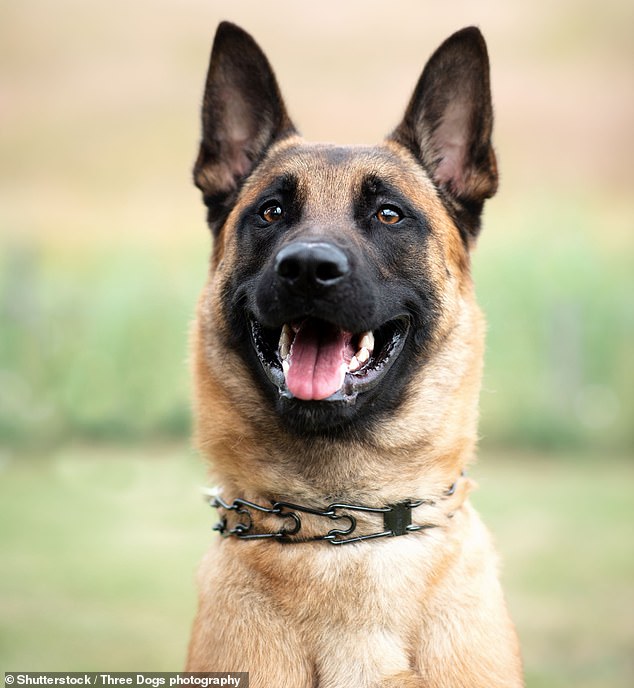 Other amendments to the state’s Animal Care act includes a ban on pronged dog collars  (pictured, a pronged collar around a dog’s neck) 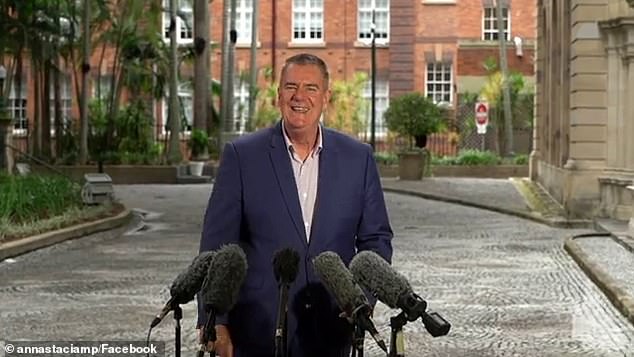 Agriculture Minister Mark Furner reflected on the sweeping changes to Queensland’s Animal Care act, which had not been updated since 2001, last month.

‘This follows the first major review of the Act in 20 years and extensive community consultation with over 2300 Queenslanders,’ he said.

‘Queenslanders want to see animals better protected and people who don’t comply punished appropriately, and that is exactly what these updated laws provide.’

‘Being able to love and keep pets like dogs is an important part of many people’s lives and Queenslanders want those pets to have strong protections,’ Mr Furner added.