The Queen’s representative in Canada has quit amid a workplace bullying probe – sparked by reports that she had ‘belittled’ and ‘publicly humiliated’ employees.

Former astronaut Julie Payette, 57, who is Canada’s governor general, has announced she is stepping down from the largely ceremonial role.

It comes after the office of Canadian Prime Minister Justin Trudeau, who appointed Ms Payette in 2017, ordered an investigation into allegations of workplace harassment.

The probe was launched following reports by the Canadian Broadcasting Corporation (CBC) on allegations of a toxic workplace environment in her office.

The CBC reports alleged that Payette belittled and humiliated employees, reducing some to tears or prompting them to quit.

The external report into the allegations, carried out by an independent agency, is due to be released this week.

But according to reports in Canada, those who have seen the report say it is ‘damning’.

Meanwhile, sources are quoted as saying that the outcome of the upcoming report would have made it ‘difficult for her (Ms Payette) to remain in her role.’

On Thursday, Ms Payette said in a statement that she had come to the conclusion that a new governor general should be appointed.

Julie Payette, who is Canada’s governor general, has announced she is stepping down from the mostly ceremonial role.

In the statement, she added: ‘We all experience things differently.

‘Everyone has a right to a healthy and safe work environment, at all times and under all circumstances.

‘It appears this was not always the case at the Office of the Secretary to the Governor General.

‘Tensions have arisen at Rideau Hall over the past few months and for that, I am sorry.’ 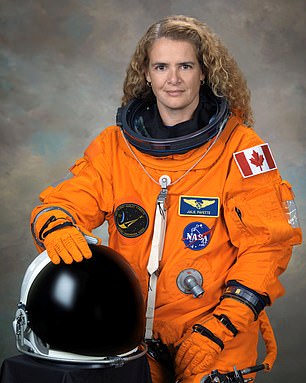 Ms Payette, a former astronaut, was appointed to the largely ceremonial role by Canadian Prime Minister Justin Trudeau in 2017

Trudeau said the Chief Justice of Canada will be fulfilling the duties of the Governor General in the interim.

The governor general is a non-partisan role and has constitutional duties that include swearing in the prime minister, Cabinet ministers and the chief justice of Canada.

The governor general is also the commander-in-chief and gives royal assent to Canadian laws.

Queen Elizabeth II is head of state in Canada – a member of the British Commonwealth of former colonies.

Shortly after Payette was appointed, by Mr Trudeau, it emerged that she had been charged with second-degree assault while living in Maryland in 2011.

She called the charged unfounded, and it has since been expunged. She was also involved in a fatal hit-and-run accident that same year. The case was closed without charges after a police investigation.

The incidents raised questions about how thoroughly she had been vetted for the job.

In a statement following announcement of Ms Payette’s resignation, Mr Trudeau said: ‘Every employee in the Government of Canada has the right to work in a safe and healthy environment, and we will always take this very seriously. 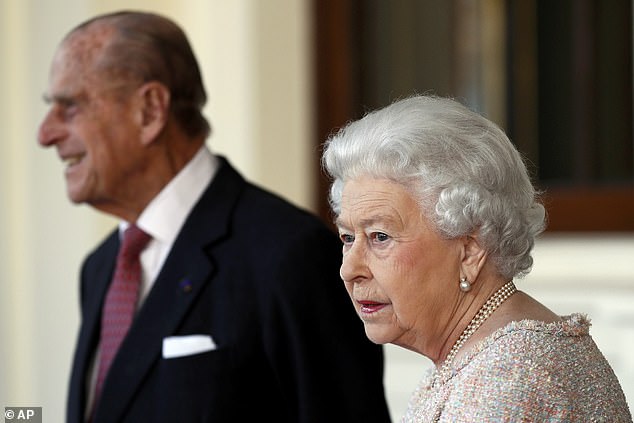 Queen Elizabeth II is head of state in Canada, a member of the British Commonwealth of former colonies

Nelson Wiseman, a political science professor at the University of Toronto, said he was fairly certain that no governor general has resigned in the past.

He said: ‘Julie Payette ought to have resigned months ago when so many negative media reports appeared about her behavior.

‘I don´t think this affair will hurt Trudeau politically but it does embarrass him because he chose her.

‘My feeling has always been that it is best to choose a Governor General who is not a celebrity, but the Liberals cannot help themselves.’

Payette achieved degrees at McGill University and the University of Toronto before joining the Canadian Space Agency (CSA) in 1992, where she worked as a research scientist.

During her time at the CSA she completed two spaceflights and has logged 25 days in space.

In 2013 she was named chief operating officer at Montreal Science Centre and has served as a board member for the National Bank of Canada.