Tony Blair ‘will be given a knighthood’ to solve problem of Queen’s dislike of him ‘bed-blocking’ the honours system for politicians who followed on from him, sources say

The Queen’s dislike for Tony Blair is ‘bed-blocking’ the honours system as gongs cannot be given to politicians who succeeded him without him getting them too, sources have said.

The former Labour PM is likely to be offered a knighthood in a bid to solve the problem, it was reported this morning.

Almost all former Prime Ministers before Blair were afforded the Order of the Garter by the Queen however he is still waiting for that honour 13 years after leaving Downing Street.

Relations between Blair and the Palace have been strained since the aftermath of the death of Princess Diana in 1997.

But the Queen’s apparent snub to Blair is causing the knock-on effect of Gordon Brown, David Cameron and Theresa May also yet to be given the traditional honour.

Courtiers are reportedly keen to address a political imbalance because, for the four most coveted honours, Tories outnumber their Labour counterparts by more than five to one.

The Sun reported Blair is likely to be made Sir Tony in a bid to clear the bottleneck and allow more politicians from the past decade to be recognised.

‘There is concern in the palace that the senior orders are beginning to look politically unbalanced,’ a source told the Sunday Times. 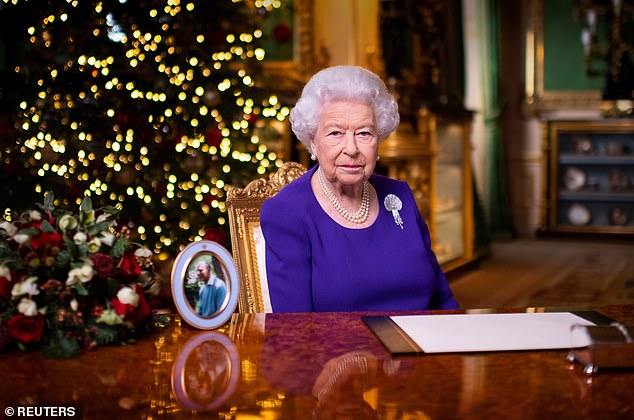 All but one of the Queen’s prime ministers before Blair was made a Knight of the Garter. The only exception was Alec Douglas-Home who was given Order of the Thistle.

The Order of the Garter,  the grandest order of chivalry, was created in 1348 by Edward III and is limited to 24 people at any one time. It is personally bestowed by the Monarch.

Members of the Order have an allocated seat at the Royal Chapel of St George’s, Windsor.

The Queen is thought to have had a strained relationship with Blair throughout his 10 years in office during which he was said to have angered senior royals with his handling of Princess Diana’s death.

Blair’s predecessor Sir John Major, who only won one election, was awarded the honour in 2005 – eight years after leaving office.

Courtiers are suggesting Brown is made a Knight of the Thistle to avoid the embarrassment of making him Knight of Garter ahead of Blair.

‘Blair is the block because they just won’t do it,’ the source said.

‘Which means Brown and Theresa May, who they think should have something, are blocked. They could leapfrog him but they’re now looking at giving Brown the Thistle because he is Scottish.’

Shortly after the death of Diana, Blair told a BBC One documentary that it was ‘very difficult to work out exactly what the Queen was thinking at this time.’

He said: ‘I think she was resistant to anything that struck her as false or struck her as a public relations event in the face of something that was a profound personal tragedy. 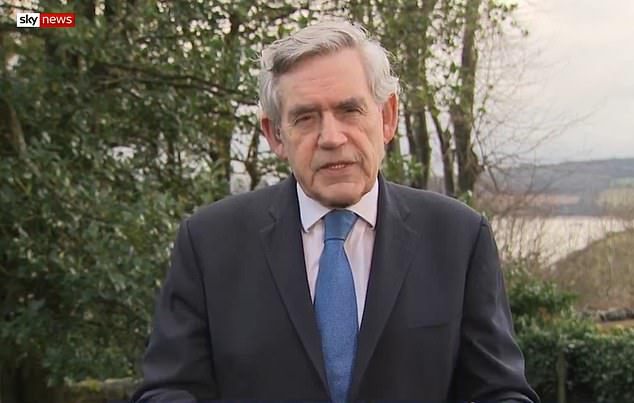 ‘She was obviously very sad about Diana. She was concerned about the monarchy itself because the Queen has a very strong instinct about public opinion and how it plays. ‘