The Queen is turning to stalwart royals like Sophie Wessex and Princess Anne to bolster the monarchy’s image after William and Kate’s tour of the Caribbean, a royal branding expert has claimed.

The Duke and Duchess of Cambridge’s intense eight-day long tour around Belize, Jamaica and the Bahamas saw the couple face backlash after encountering tensions in the Caribbean nations.

Their trip was plagued by public relations gaffes and protests about British colonialism, which led to the endeavour being branded ‘tone deaf’ to modern sensibilities.

In the wake of the criticism, Her Majesty is reportedly turning to ‘relatively scandal and misstep-free’ royals to drum up support for the Royal Family ahead of the Platinum Jubilee.

Royal branding expert Cele Otnes claimed that after failing to generate ‘fervour’ for the monarchy, the Queen is putting her trust in her children to ‘help fulfil her roles and to build excitement for the Jubilee’.

The Queen is increasingly relying on ‘stalwart royals’ like Sophie Wessex to bolster the monarchy’s image, according to a royal branding expert. Her Majesty is pictured with the Countess of Wessex at Ascot in 2019 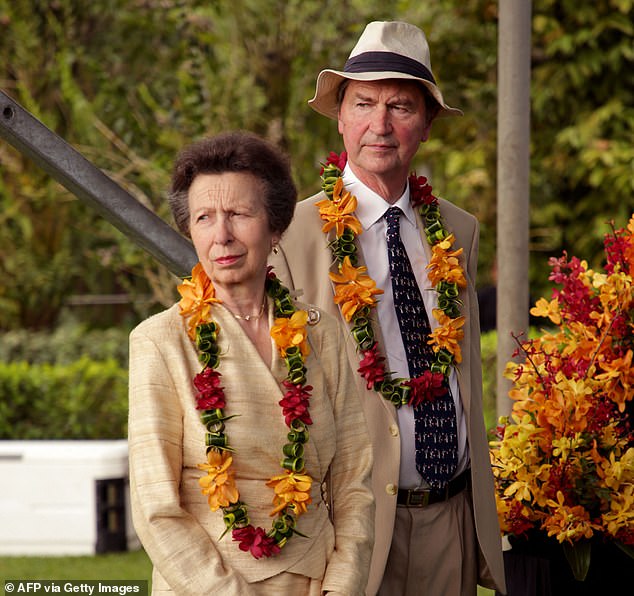 To celebrate the Queen’s historic 70 years on throne, the Princess Royal recently made an official visit to Sydney and Papua New Guinea, where the Her Majesty is still head of state. She is pictured with her husband Vice Admiral Sir Timothy Laurence in Papua New Guinea 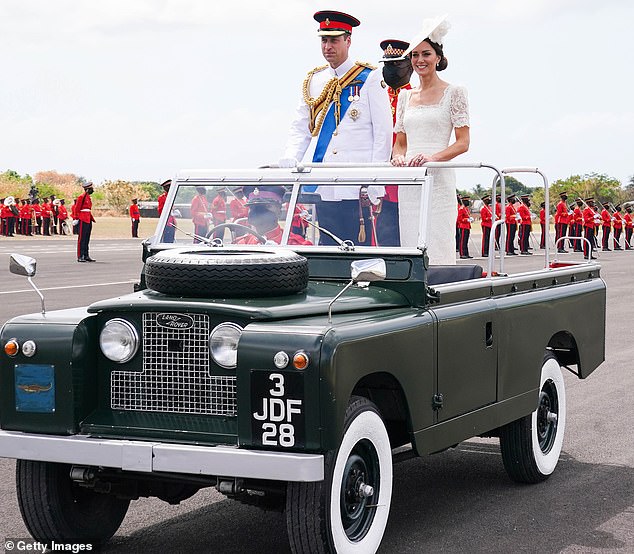 ‘The Wessexes, along with Princess Anne and her family, have been relatively scandal and misstep-free’, she told the Express. ‘

And it’s significant that they are visiting the Caribbean so soon after William and Kate.

‘I think that does display quite a bit of trust in them on the Queen’s part.’

Despite being five years over the official age of retirement, no-nonsense Princess Anne is annually one of the hardest working members of the royal family.

To celebrate the Queen’s historic 70 years on throne, the Princess Royal recently made an official visit to Sydney and Papua New Guinea, where the Her Majesty is still head of state.

Anne, 71, who travelled with her husband Vice Admiral Sir Timothy Laurence, 67, impressed royal aides with her sense of duty, carrying out 20 engagements in just four days. 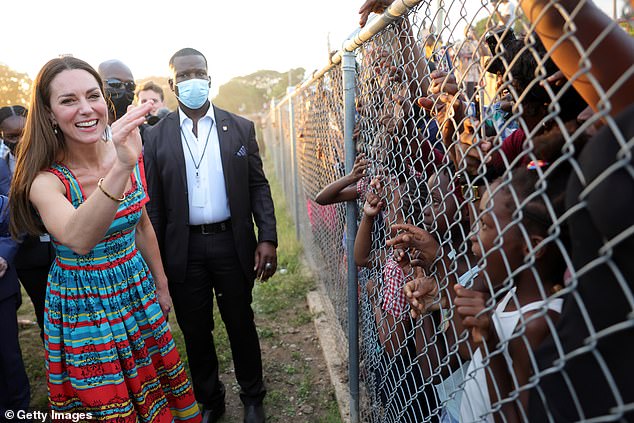 Meanwhile, the Earl and Countess of Wessex will visit Antigua and Barbuda, Grenada, St Lucia, and St Vincent and the Grenadines for a week later this month.

Sophie, who recognised to be the Queen’s favourite royal, will travel with husband Prince Edward, and is reportedly keen to learn from Prince William and Kate Middleton’s ‘missteps’ on their Caribbean trip.

Writing in The Telegraph, royal reporter Victoria Ward said: ‘Palace officials desperate to avoid further PR pitfalls have been carefully studying the Wessexes’ itinerary ahead of their tour later this month of Antigua and Barbuda, Grenada, St Lucia and St Vincent and the Grenadines. 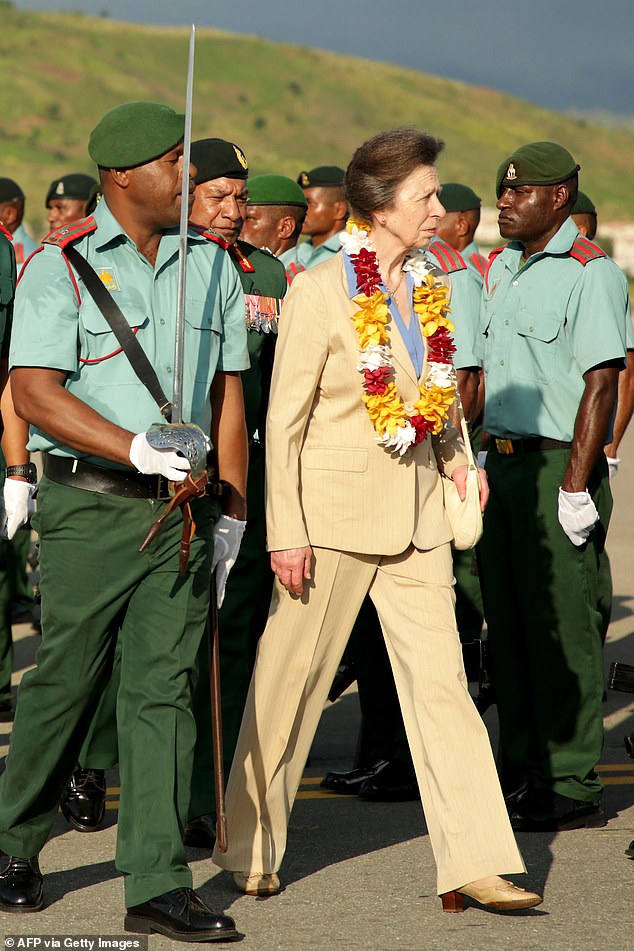 Anne, 71, who travelled with her husband Vice Admiral Sir Timothy Laurence, 67, impressed royal aides with her sense of duty, carrying out 20 engagements in just four days. She is pictured after arriving at Jackson International Airport in Papua New Guinea on Monday 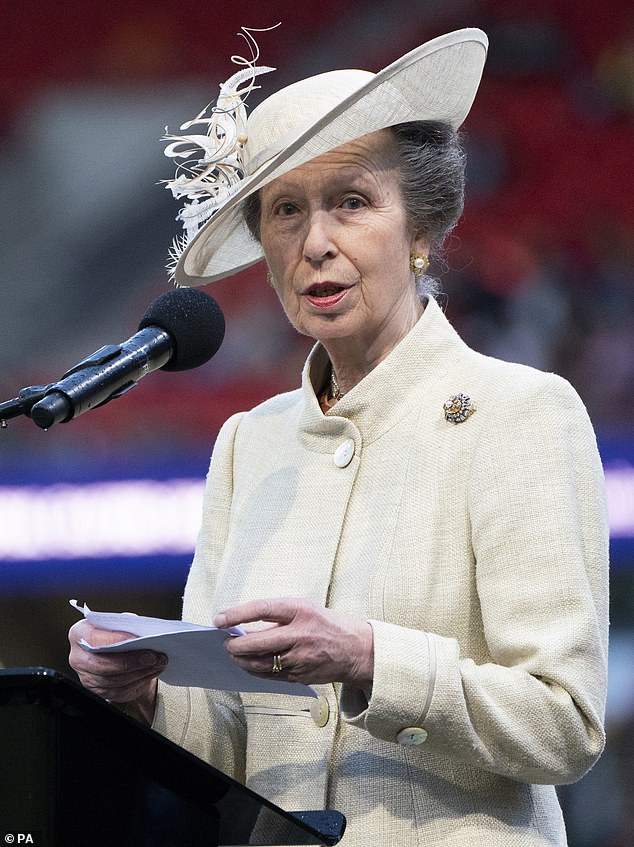 ‘While the Wessexes will certainly want to ensure the focus remains on the Queen’s historic seven-decade reign, any potential plans to echo their movements in Grenada by greeting the crowds in an open top car, as Her Majesty and Prince Philip did on their first visit to the country in 1966, will have been quietly shelved.’

The Duke and Duchess faced calls to issue a public apology for slavery during the eight-day tour, with the barrage of criticism ranging from accusations Belize locals were not consulted about a royal engagement to calls for slavery reparations from the monarchy in Jamaica.

The scrutiny came to a head when Prince William released an unprecedented end-of-tour statement addressing growing republican sentiment in the three countries – acknowledging it had ‘brought into even sharper focus questions about the past and the future’.

In the wake of the criticism over the ‘colonial-era’ optics of their tour, many have called for an end to similar overseas trips by members of the royal family.

Sunday Times Royal Editor Roya Nikkhah believes the tour ignited a rethink of how the royal family plans overseas visits in the future. 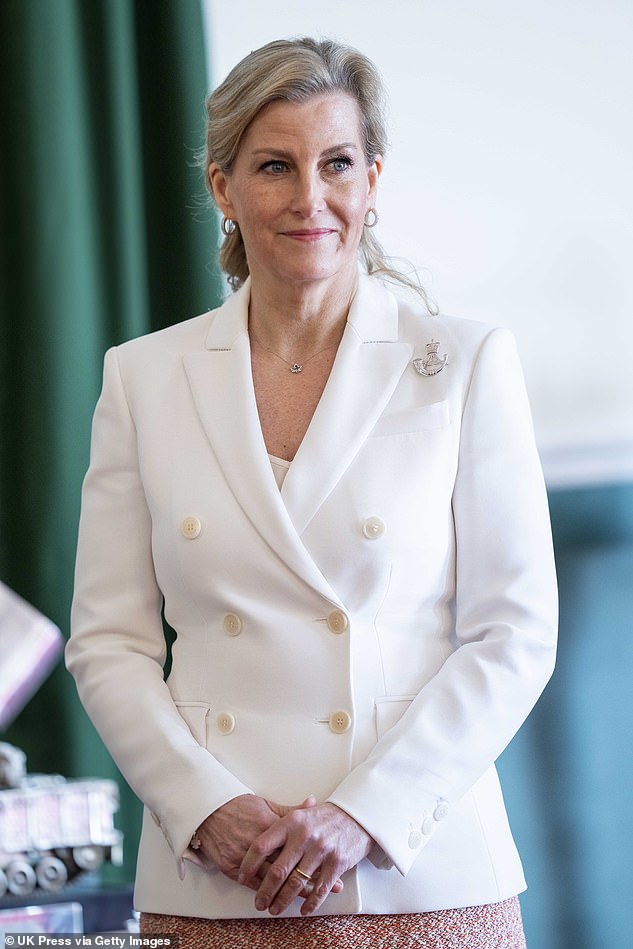 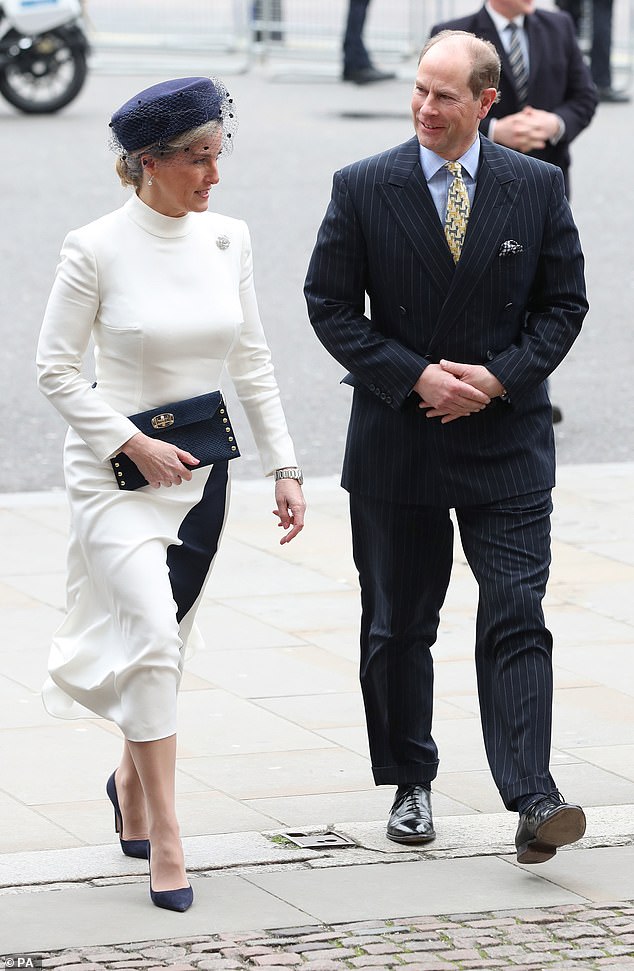 The Earl and Countess of Wessex will visit Antigua and Barbuda, Grenada, St Lucia, and St Vincent and the Grenadines for a week later this month. They are pictured at the Commonwealth Service at Westminster Abbey in 2020

Speaking on the BBC’s Radio 4 Today programme, she said: ‘I think it definitely will [spark a rethink] and to be honest I think that rethink had started before this tour got underway because I know that William thought long and hard about how to approach certain things.

‘There have obviously been a few missteps. We had that extraordinary statement from him on Saturday night setting out the fact that he takes that on the chin and he wants to sort of look at things differently.’

Asked if she felt there would be fewer trips overseas in the future, she added: ‘I think that’s definitely right and that’s very much a legacy I suppose of the Queen who has been head of the commonwealth for so long and is the biggest, most travelled monarch of the modern age.

‘I think we will see fewer tours, to places where I think probably the younger royals feel they can have more impact and it’s not just a case of going there because they feel they have to.’