Queen Máxima of The Netherlands brought a touch of glam to her winter wardrobe this afternoon as she wore a multicoloured floral coat to pose for photos with her family at an historic Amsterdam church.

The Queen, 51, who is known for her bold, colourful style, has stayed faithful to a coat she has been seen in several times over the past two years as she posed for family photos with her husband King Willem-Alexander and their daughters, Amalia, 18, Alexia, 17, and Ariane, 15.

Showing her deep affection for her daughters, the Argentine royal put her arm around Ariane for one of the photos, which were taken at the 15th Century Niewe Kirk Church in Amsterdam, which is just a stone’s throw from the Royal Palace.

Queen Máxima of The Netherlands dazzled in a bright floral coat as she posed for photos with her husband, King Willem-Alexander and their daughters Amalia (left), Alexia (centre) and Ariane (second from right) 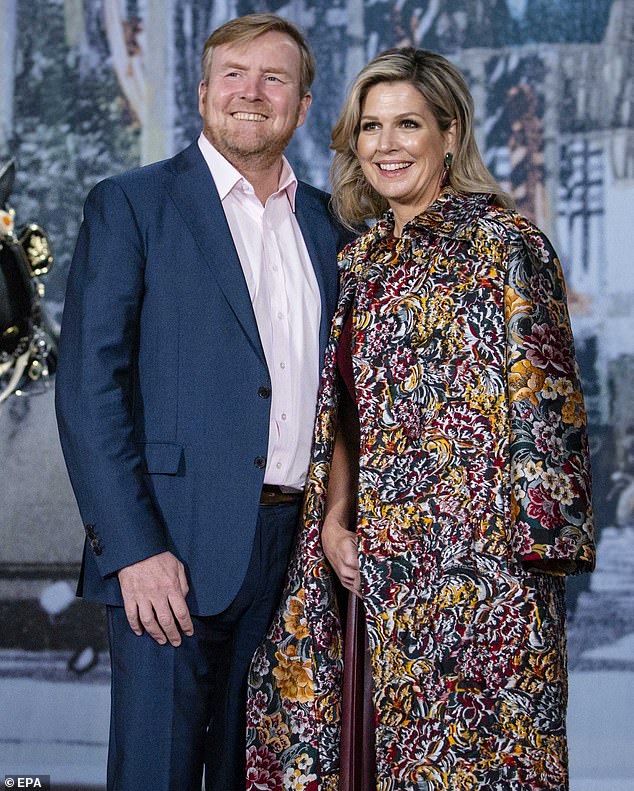 The King and Queen were all smiles as they posed for family portraits in the Niewe Kirk, an historic Amsterdam church

Underneath her bright coat, the Queen wore a burgundy dress with matching suede heels and accessorised with big earrings containing jade and garnet coloured gems.

To her left, Princess Ariane contrasted her mother’s bright outfit with a monochrome look, sporting a black top, white trousers and a black-and-white checked blazer.

Alexia kept it simple, wearing a black suit with a white shirt accessorised with a charm necklace, and wore her auburn locks down, curled to frame her face.

Meanwhile heir to the throne Amalia opted for a dark green suit with a white shirt. 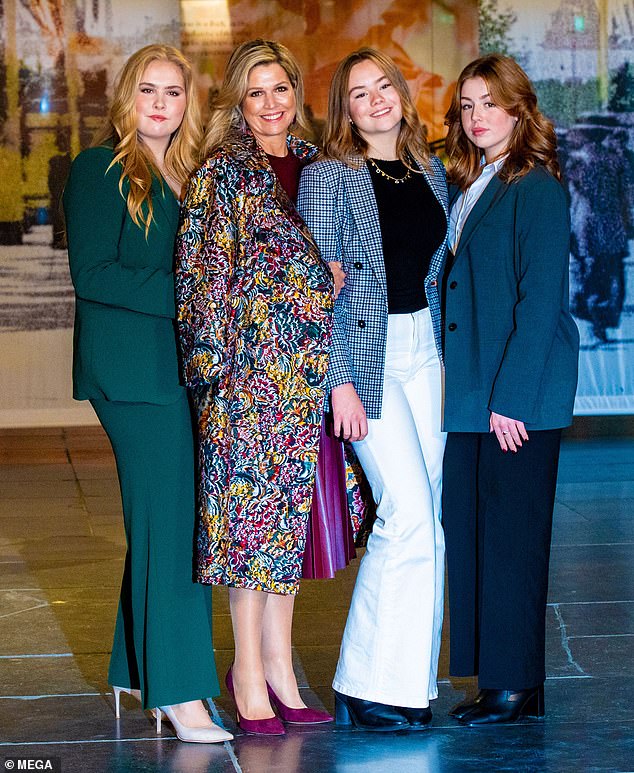 Queen Máxima, 51, posed with her lookalike daughters at the Nieuwe Kerk in Amsterdam, The Netherlands

Crown Princess Amalia, also known as the Princess of Orange, took a sweet photo with her father King Willem-Alexander 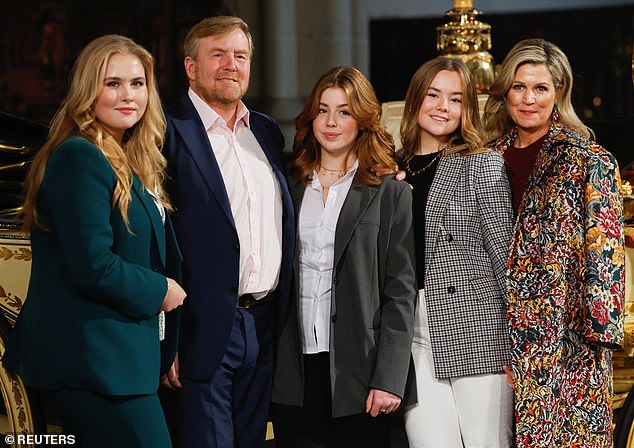 Queen Máxima (right) looked chic as she wore her bright floral coat on the shoulders, while huddling up close to her family 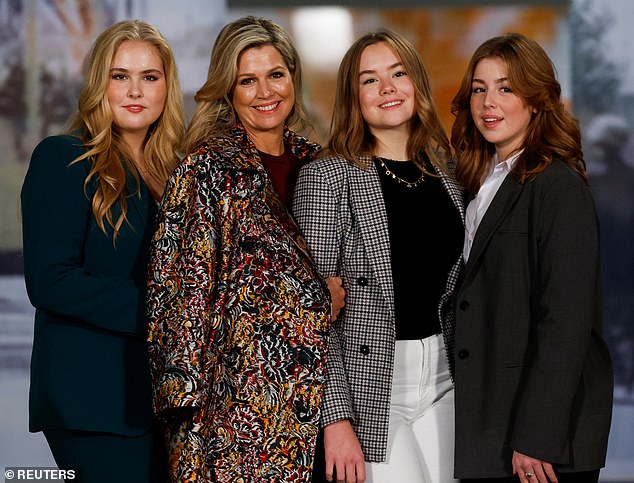 The image of their mother! Crown Princess Amalia, left, wore a jewel green-coloured suit as she posed for a photo with Queen Máxima, Princess Ariane (second right) and Princess Alexia (right) 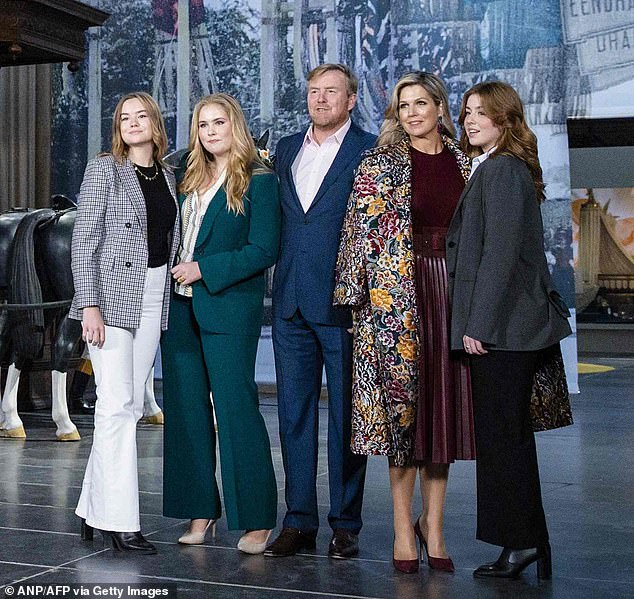 The King and Queen’s eldest daughter took a little time out from her studies to attend the photoshoot, after starting her degree at the University of Amsterdam in early September.

Although it was originally intended for the Princess of Orange to live in student accommodation with her peers, she sadly had to move out of her halls just a few weeks into the term due to security threats.

Speaking about the arrangements during a visit to Sweden, King Willem-Alexander  said the family had found it ‘very difficult’, while Máxima revealed the threats had had ‘enormous consequences’ for her life.

Euronews reported the Queen said: ‘She hasn’t left the house. That means she doesn’t live in Amsterdam, she can’t really go out. The consequences are very difficult for her.’

Despite a turbulent few months for the heir to the Dutch throne and her family, they were all smiles for the family portraits, which were taken in front of a horse-drawn carriage.

The King and Queen have had a whirlwind week after spending Monday to Wednesday in Athens, where they were on a state visit.

They were hosted by Greek president Katerina Sakellaropoulou, attending several events with her during their three-day visit.