The British Royal Family is said to be the world’s fifth biggest ‘corporate’ brand, ahead even of Nike, Coca-Cola, Microsoft and Disney.

The finding comes from research commissioned for a True Royalty TV documentary about the Queen to mark her 95th birthday today.

The analysis by Statista was based on a number of factors, including the number of online news articles that include at least one reference to an exact search term, such as ‘The Queen’.

The Queen is a bigger ‘global brand’ than Beyoncé, Kim Kardashian, David and Victoria Beckham and Oprah Winfrey, new research by Statista suggests. Pictured, Her Majesty posing after confering the honour of a knighthood upon 100-year-old veteran Captain Tom Moore during an investiture at Windsor Castle on July 17 2020 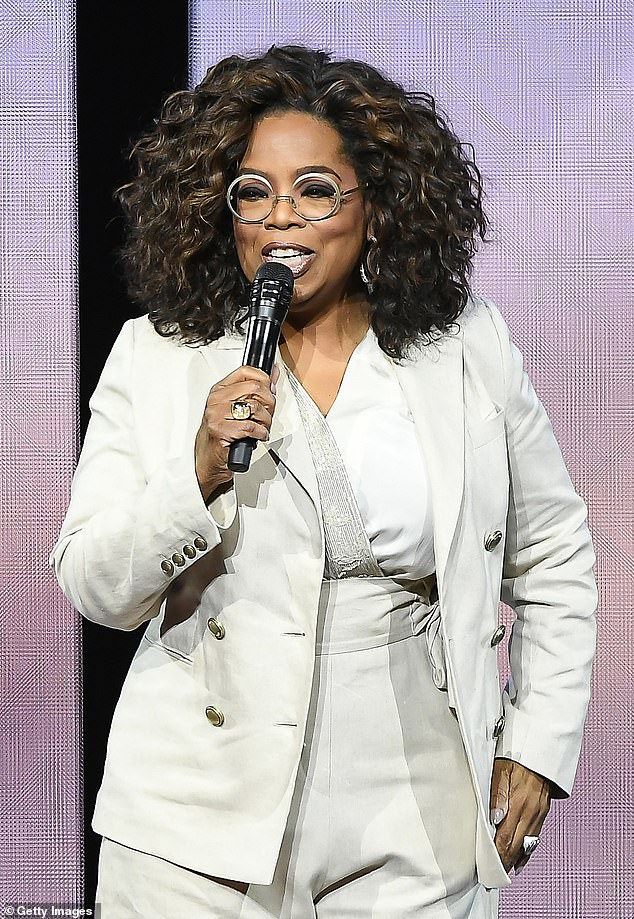 It monitored the 37 most relevant individuals in nine celebrity families, as well as ten global brand names between January 2017 and March 2021.

Articles were monitored and translated from 65 languages into English from most countries worldwide.

It is also nearly three times the size of that of Oprah Winfrey, and 23 times bigger than the Beckhams’. 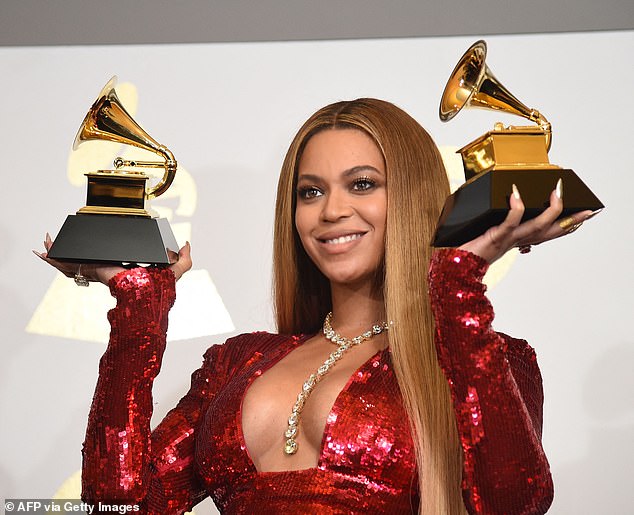 The analysis also found that Her Majesty’s ‘personal brand’ is 16 times bigger than singer Beyoncé and six times the size of Kim Kardashian and Microsoft founder Bill Gates. Pictured, the singer during the 59th Annual Grammy music Awards in Los Angeles, California on 12 February 2017

The British Monarchy as an institution is the fifth most talked about brand in the world, after Facebook, Amazon, Google and Apple, and is ahead of huge global players including Coca-Cola, Microsoft, Disney, and Nike.

The research also highlights how big the Royal Family corporate brand is compared to multinational corporations.

Brand and business experts interviewed in the programme estimate the Royal Family’s brand value at around £71 billion, with the Queen’s personal brand worth at around £35 billion – similar to the values of household brands such as Coca Cola.

Kubi Springer, an award-winning International Brand Consultant who has worked with Nike, L’Oreal and Rolls-Royce, tells the programme: ‘Nike, Ferrari and Coke, when you combined those brands together, the Queen’s brand has more articles than those three combined which is really powerful.’

The research is included in Elizabeth at 95: The Invincible Queen, celebrating the Queen’s birthday and role alongside Philip as chief executive of the family ‘Firm’, which premieres today on subscription service True Royalty TV. 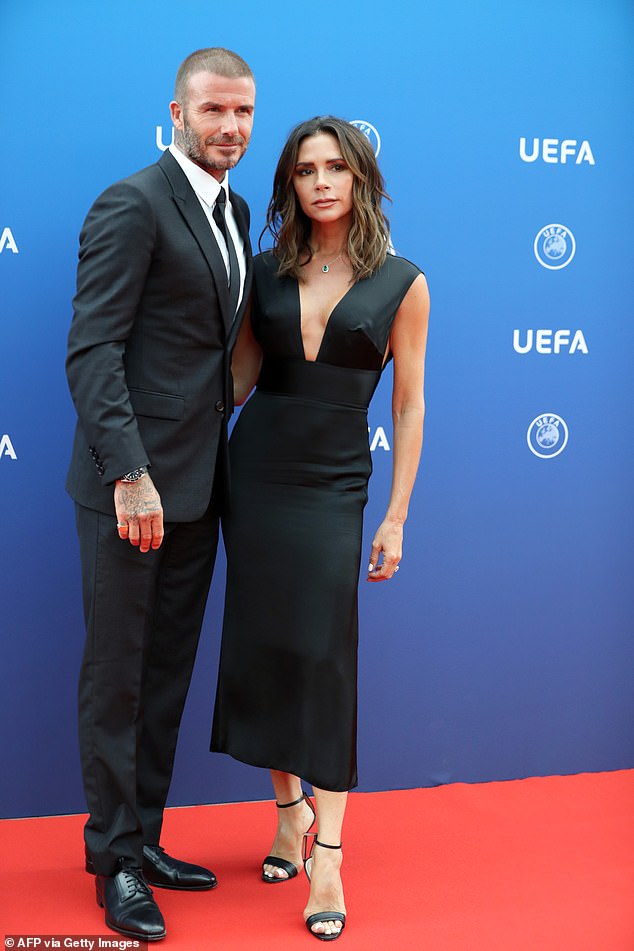 Pictured, David and Victoria Beckham attend the draw for UEFA Champions League football tournament at The Grimaldi Forum in Monaco on August 30, 2018

David Haigh, chief executive of Brand Finance, the world’s leading independent brand valuation and strategy consultancy, tells the programme: ‘The Royal Family refers to itself as “The Firm”.

‘So, when we began analysing the financial performance of the monarchy, we took that same phrase and tried to value it as a firm. And we estimate the value of the business at about £70 billion, which is about $100bn…

‘That puts it as the most valuable UK brand. It’s a more valuable brand than Shell for example or Marks & Spencer and many other UK brands.’

The Monarchy’s brand is valuable to the UK, with some estimate putting its contribution to the UK economy at around £1.7bn annually.

The research for the programme also found that the Queen’s brand has remained steadily positive over recent history, despite the public relations fallouts from events such as the scandal surrounding Prince Andrew and the deteriorating relationship with Prince Harry and his and Meghan’s interview with Oprah Winfrey.

On each occasion, the Queen has taken the necessary steps to protect the brand – whether through breaking with royal protocols to give Diana, Princess of Wales, a public funeral, to removing Prince Andrew from all duties, or in her public reaction to Harry and Meghan’s allegations about racism in the Royal Family.