The Queen Consort’s niece, Ayesha Shand, is believed to be dating a businessman, with a friend describing the pair as a ‘great match’.

Ayesha, 28, shared an image of herself and her reported partner Luigi Ambrosi, on social media.

The image, which shows the couple seeing in the new year while on holiday in Uruguay, is simply captioned with an emoji of a heart, followed by ‘2023’.

According to a friend of the pair, Ayesha and Luigi – who works for his Italian family’s dairy business in America – make ‘a great match’.

Ayesha Shand (right) is the niece of Queen Consort Camilla, and the daughter of the royal’s late brother Mark. She is said to be enjoying a romance with Luigi Ambrosi (left)

The 28-year-old is the daughter of 75-year-old Camilla’s late brother Mark Shand, who died in 2014 aged 62. Her mother is his ex-wife Clio Goldsmith.

According to Ayesha, her royal aunt helped her cope with the loss of her father, previously saying ‘she has been incredible in being there for me and maintaining my father’s legacy’.

Camilla, and her husband King Charles, 74, became joint presidents of Mark’s charity Elephant Family, after his death from an accidental fall in 2014.

The charity’s aim is to preserve the Indian elephant by helping them to live in harmony with India’s rapidly-growing population, and by opening up ‘elephant corridors’ for the animals to move along without disturbing villagers. 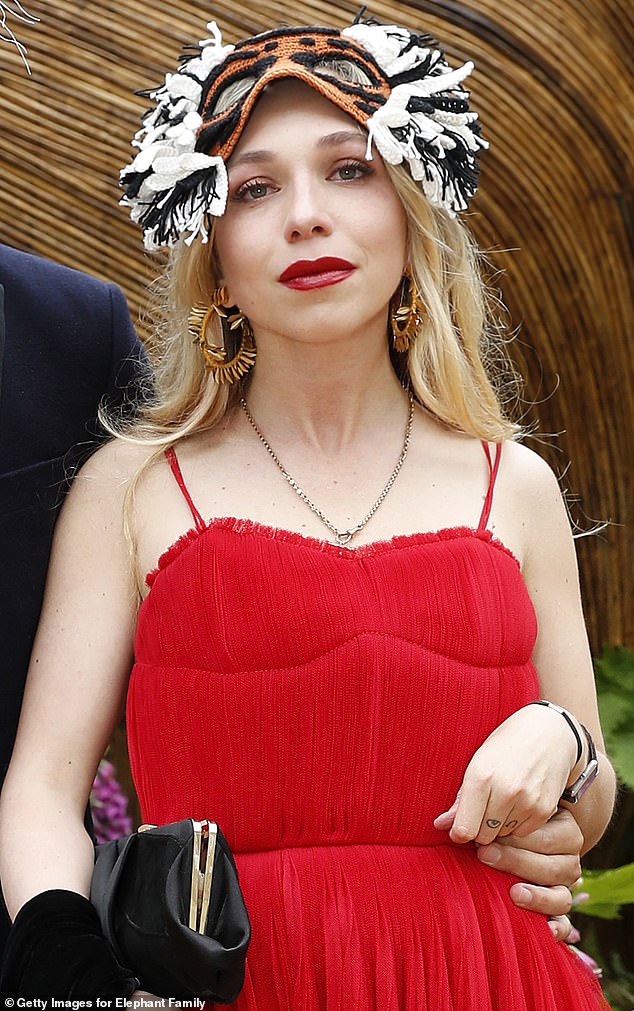 According to Ayesha (pictured attending The Animal Ball, presented by Elephant Family in London, 2019) her aunt, Queen Consort Camilla, has helped her cope with the loss of her father

Speaking in 2021, Ayesha, who works alongside Princess Eugenie at the Hauser & Wirth art gallery in Mayfair, said: ‘[Camilla] is amazing — she’s so involved with the charity.

‘I couldn’t be more grateful. It does help with the grieving process. All of these things keep his memory alive, which is so important.’

Discussing her brother’s death in a piece for The Times, Camilla recalled the moment she answered the phone: ‘An anguished voice on the other end told me that something terrible had happened to my indestructible brother.

‘My charismatic and sometimes infuriating brother, who had survived tsunamis, shipwrecks, poisoned arrows and even the fearsome Komodo dragons, was no longer with us.’ 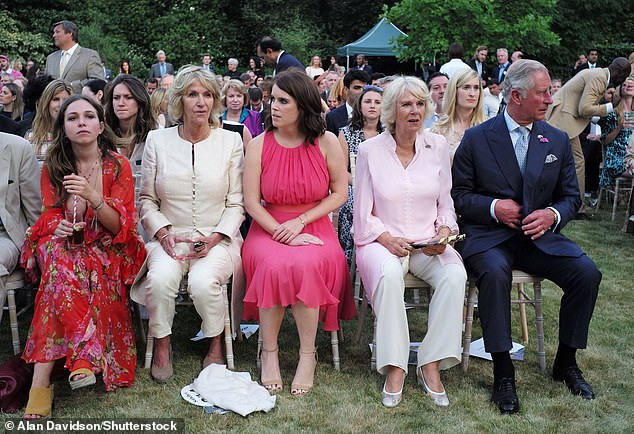 At the time, Camilla was said to be ‘utterly devastated’ by the news, as she had been extremely close to her only brother.

A statement released by Clarence House regarding Mark’s death said: ‘It is with deep sadness that we have to confirm that The Duchess of Cornwall’s brother, Mark Shand, has today passed away.

‘Mr Shand died in hospital as a result of a serious head injury which he sustained during a fall last night. The Duchess, The Prince of Wales and all her family members are utterly devastated by this sudden and tragic loss.

‘Mark Shand was a man of extraordinary vitality, a tireless campaigner and conservationist whose incredible work through the Elephant Family and beyond remained his focus right up until his death.’

‘I would like to get my father and brother back’: Harry says royals ‘have shown no willingness to reconcile’ and want to keep him and Meghan as the ‘villains’ as he launches fresh attacks in publicity blitz before his book Spare is released next week

Taliban taunts ‘big mouth loser’ Prince Harry after he revealed he killed 25 insurgents in Afghanistan: Islamists say Duke is ‘mad’ and ‘the chess pieces now rule’ after ‘you fled to your grandmother’s palace’