Heathrow Airport saw a seven per cent drop in passenger numbers since quarantine measures were imposed to curb the international spread of Covid-19 last month.

Demand for in-bound travel was ‘immediately’ impacted when the policy came into force on June 8, requiring all passengers arriving in the UK to to self-isolate for 14 days.

These rules were later relaxed as ‘air bridges’ were introduced for travel between countries the Government said pose a ‘reduced risk’ from Covid-19, including popular holiday destinations Italy and Spain.

The airport added passenger numbers were down 95 per cent in June compared to the previous year, with just 350,000 people travelling through the airport in total.

Across all destinations, the number of flights was also down 82 per cent as demand for travel plummeted due to the pandemic.

The North America and Africa markets saw the biggest decline, with total passenger numbers for the first half of 2020 down 60 per cent on the same period in 2019.

Heathrow also noted a seven per cent fall in travellers as a result of travel quarantine measures, Sky News reported, and asked the Government to ‘protect jobs and kick-start the economy’ by allowing free movement.

The airport’s chief executive John Holland-Kaye last month warned there was a danger of the ‘health pandemic becoming an unemployment pandemic’, adding there had to be an ‘exit plan’ from travel restrictions to avert huge redundancies.

Heathrow has argued a quarantine exit plan is ‘now more critical than ever, as long-haul flights remain grounded and more jobs continue to be put at risk in an industry crucial to rebuilding the UK economy’.

Mr Holland-Kaye added today: ‘Travel corridors were a great first step and now we need to go further to protect jobs and kick-start the economy, by allowing healthy passengers to travel freely between the UK and the rest of the world. 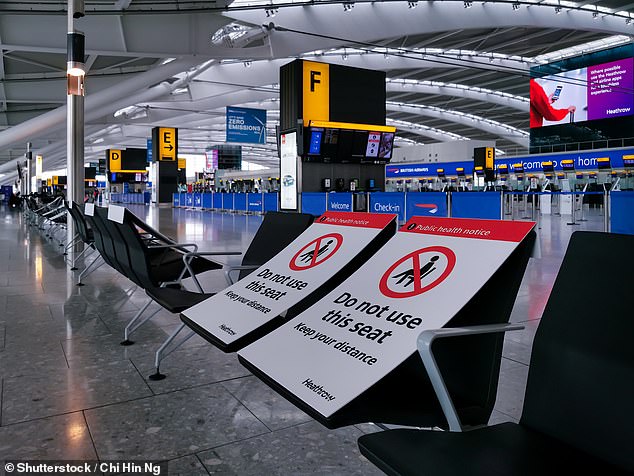 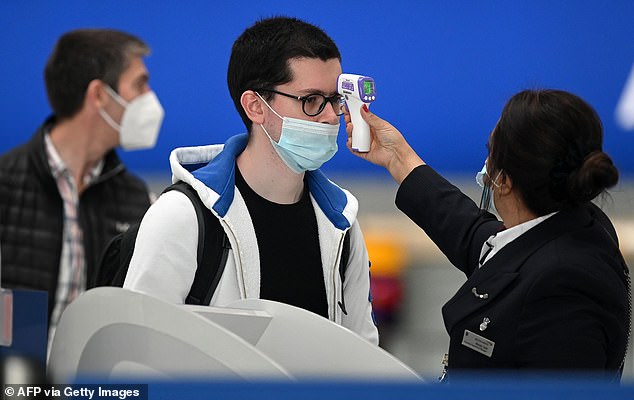 ‘We’re ready to pilot a testing system on arrival for passengers from ‘red’ countries as an alternative to quarantine, but even better would be to test passengers before they get on a plane.

‘This requires a common international standard for testing, which the UK Government could take a global lead in setting up.’

Ryanair previously described the UK’s quarantine as ‘utterly ineffective’, claiming people can be playing golf or lying on a beach when telephone checks are made.

The airline claimed quarantines can only work when passengers are ‘detained’ at their point of arrival.

It said in a statement last month that the UK plans to allow people to travel on public transport across the country, and there is ‘nothing to stop’ them shopping in a supermarket to collect groceries before their 14-day quarantine begins. 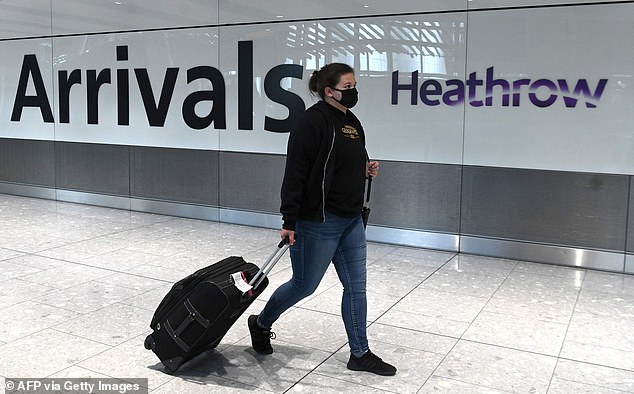 The airline went on: ‘Once they have arrived at their “quarantine address”, the UK Government will phone less than one per cent of these visitors but only on their mobile phone, which can be answered from any golf course, beach, park or indeed supermarket across the UK, thereby rendering this quarantine utterly ineffective and useless.

‘For the UK to be imposing a 14-day quarantine on inbound visitors when it already has one of the worst Covid infection and death rates in Europe, is closing the door long after the horse has bolted.

‘Most visitors to the UK from Europe are arriving from countries with a lower R rate than the UK.’