A senior Russian security official tonight warned Britain not to sail its warships near Russian-annexed Crimea again unless it wanted its sailors to get hurt.

The warning, issued by Mikhail Popov, deputy secretary of Russia’s Security Council, follows an incident in which Russia fired warning shots at HMS Defender off the coast of Crimea.

Russia annexed Crimea from Ukraine in 2014 and says the waters around it belong to Moscow now – despite most countries continuing to recognise the peninsula as Ukrainian.

It protested strongly against the British move at the time with a coastguard vessel firing warning shots and summoned the British ambassador for an explanation.

Popov, in an interview in the state Rossiiyskaya Gazeta newspaper, said Britain’s behaviour and its subsequent reaction to the incident was ‘bewildering’. 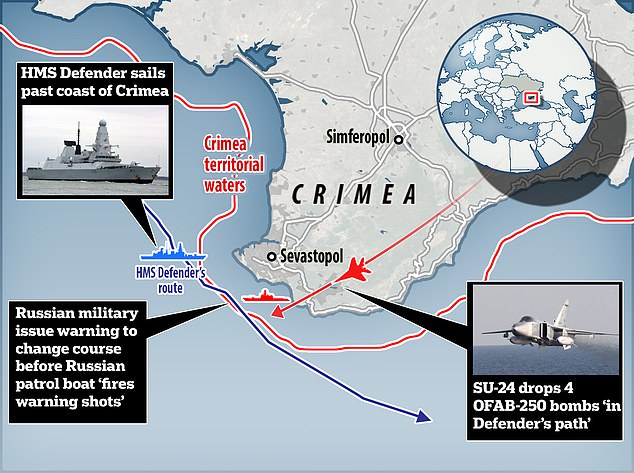 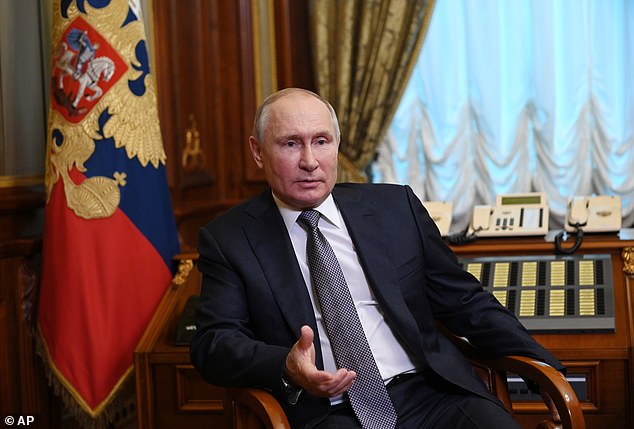 Russia (pictured: President Vladimir Putin) annexed Crimea from Ukraine in 2014 and says the waters around it belong to Moscow now despite most countries continuing to recognise the peninsula as Ukrainian

In particular, he criticised suggestions from British Prime Minister Boris Johnson and Dominic Raab, the foreign minister, that the incident could be repeated.

‘Similar actions will be thwarted with the harshest methods in future by Russia regardless of the violator’s state allegiance. We suggest our opponents think hard about whether it’s worth organizing such provocations given the capabilities of Russia’s armed forces,’ said Popov.

‘It’s not the members of the British government who will be in the ships and vessels used for provocational ends,’ he added.

‘And it’s in that context that I want to ask a question of the same Boris Johnson and Dominic Raab – what will they say to the families of the British sailors who will get hurt in the name of such ‘great’ ideas?’.

He warned British warships could be bombed the next time they sail too close to Crimea following the incident involving HMS Destryoer.

The British Type 45 destroyer sailed within the 12-mile limit of Crimea near Cape Fiolent in the Black Sea.

After the flashpoint, which saw 20 Su-24s buzzing over the Royal Navy vessel, Russia’s deputy foreign minister Sergey Ryabkov warned: ‘What can we do? We can appeal to common sense, demand respect for international law. 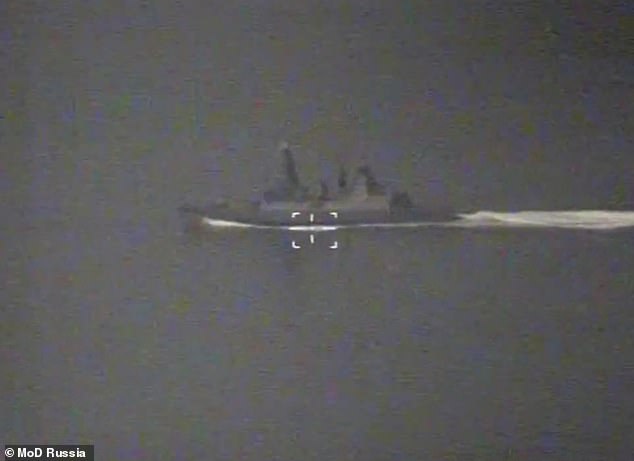 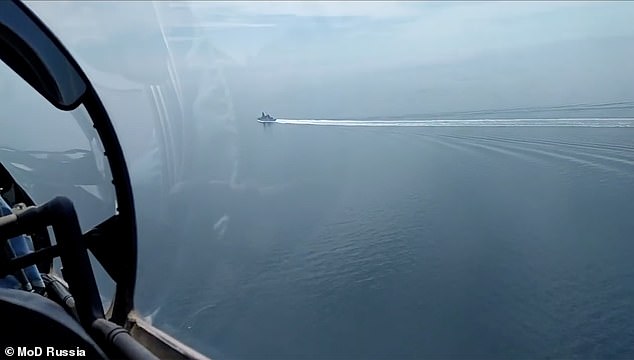 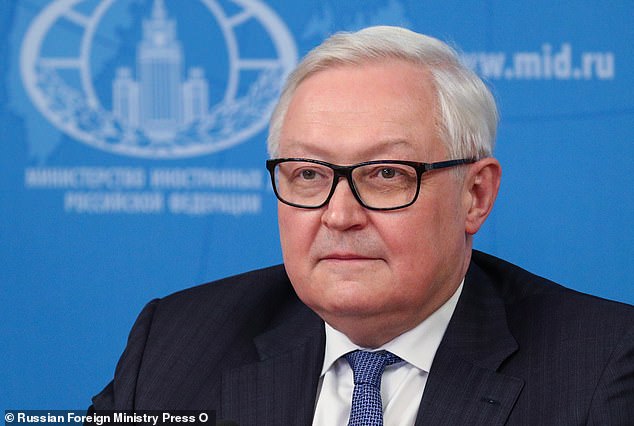 ‘If this does not help, we can bomb not only in the direction but also on target, if our colleagues do not understand.

‘I warn everyone violating the state borders of the Russian Federation under the slogan of free navigation, from such provocative steps, because the security of our country comes first.’

Backing up his comments, the Kremlin said Moscow that would respond harshly to any similar actions in the future and warned against any further ‘provocations’.

Despite their warnings, British minister George Eustice said ‘of course’ Royal Navy ships will continue to sail through the disputed waters around Crimea, saying: ‘We never accepted the annexation of Crimea, these were Ukrainian territorial waters.’

Meanwhile Britain’s Chair of the Defence Select Committee, Tobias Ellwood, admitted there is a prospect of an engagement flaring up with Britain’s ‘dangerous game’ of sailing in disputed waters.

The former Defence Secretary told BBC 4: ‘There’s huge scope for an accident to occur, misinterpretation, leading to an actual kinetic engagement and it could be a bit of time before somebody grabs that red phone and calms things down.’

Britain has denied the Russian version, and insists HMS Defender was either in Ukrainian or international waters at all times.

Many Western countries do not accept Russia’s 2014 annexation of Crimea by military force as being legitimate in law.

Speaking in the aftermath of the incident last month, cabinet minister George Eustice told Sky News: ‘Under international law you can take the closest, fastest route from one point to another. HMS Defender was passing through Ukrainian waters, I think on the way to Georgia, and that was the logical route for it to take.

‘This is a very normal thing, it’s quite common actually. What was actually going on is the Russians were doing a gunnery exercise, they had given prior notice of that, they often do in that area.

‘So, I think it’s important people don’t get carried away.’

Asked if the Government would do it again, he said ‘of course, yes’, adding: ‘We never accepted the annexation of Crimea, these were Ukrainian territorial waters.’

He said while the gunner exercise was the ‘official reason’ given for the Russian activities, ‘whether that was cover for them to try and make some point, we don’t know’.