He claimed Kremlin forces must ‘exclude the possibility of the Kyiv regime inflicting massive rocket and artillery strikes on civilian infrastructure and residents of the Donbas and other regions,’ according to reports in Moscow.

It followed an on-the-ground inspection by Putin’s trusty defence minister – and a National Security Council meeting led by Vladimir Putin.

Maxim Zharyi, seven, and Victoria Rekuta, 35, were both killed in the sick attack on Thursday

It was unclear whether the minister’s talks with military chiefs were in Russia or occupied Ukraine.

The death toll now stands at 24. 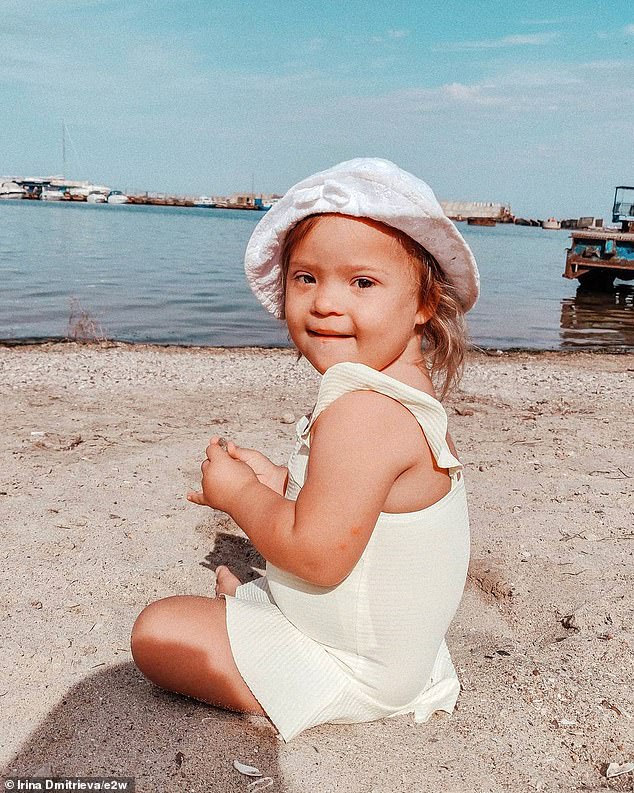 Liza Dmitrieva, four, was in her pram when a ship-fired missile struck, killing her instantly

Pictures showed a seven-year-old boy whose remains could only be recognised from his DNA after he was hit by one of Putin’s missiles while attending a doctor’s appointment. 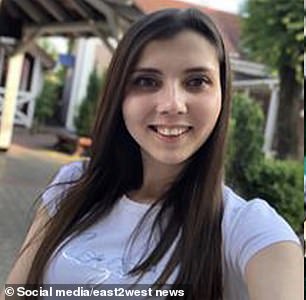 Alina Kisel, 25, was at work in a bank when the Russian missile hit, killing her

Maxim Zharyi died with his mother Victoria Rekuta, 35, a qualified dentist, in the shocking attack on a city hundreds of miles from the eastern frontline.

The pair had been to the Neuromed clinic, which was struck by a missile fired from a Russian warship in the Black Sea.

Ksenia Denisyuk, Victoria’s friend, said: ‘He was a wonder child, bright and kind.

‘Together they went to a clinic.

‘This was the moment when the terrorist country [Russia] hit the medical centre.

‘Maxim could be identified only with a DNA test. 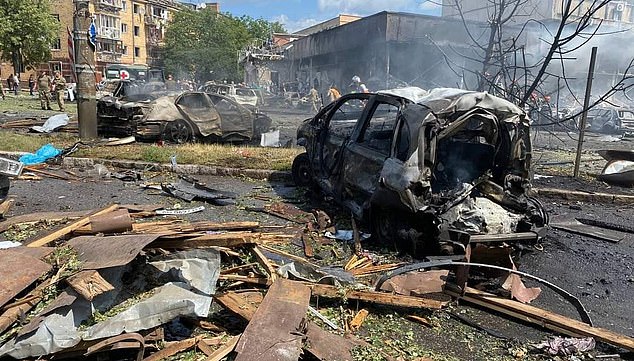 ‘The whole world should know that Russia is a terrorist state.’

Another boy, Kirill Pyakhin, eight, died in the rocket strike, as he waited in a parked car with his uncle while his grandmother went to get cash from a nearby bank.

This was the same attack in which little Liza Dmitrieva, four, was killed in her pushchair and her mother Irina, 33, left gravely wounded. 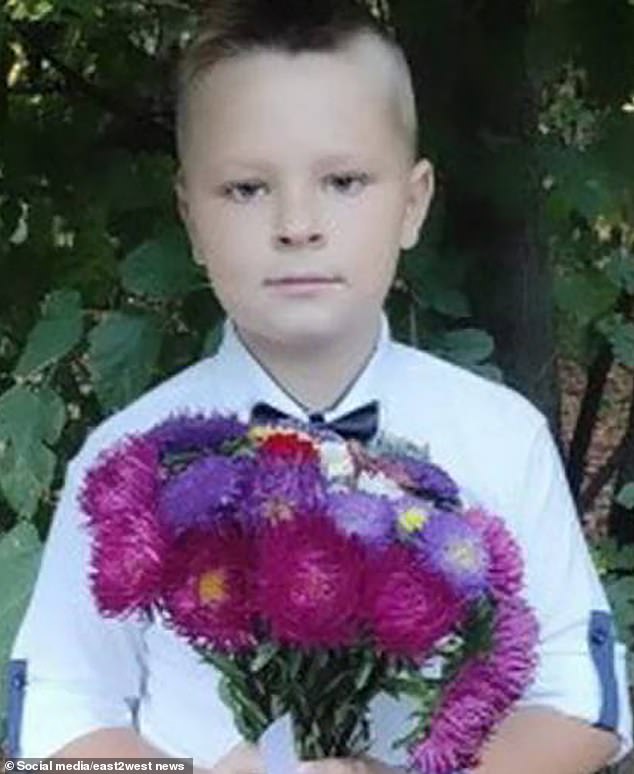 Kirill Pyakhin, eight, was waiting for his grandmother in a car with his uncle. He was killed

Alina Kisel, 35, was also killed as a tree fell due to the missile strike.

She was in the backyard of the bank where she worked and ‘died instantly’.

Four other bank workers were hospitalised. 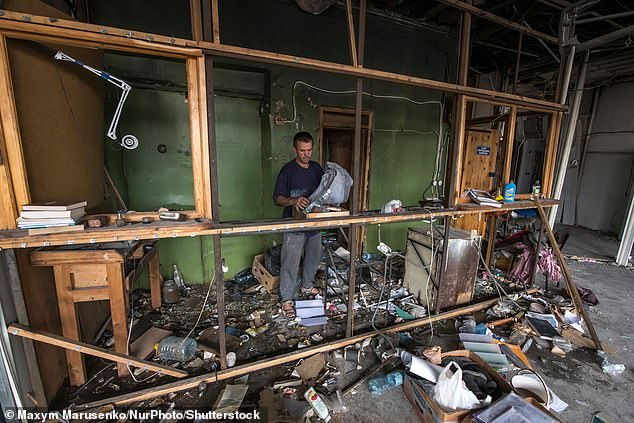 A 70-year-old woman was among three victims in an airstrike on Chuhuiv near Kharkiv overnight.

A regional police official said Russia fired four missiles from near western city of Belgorod at around 3.30am.

Ukraine’s shortened and straightened defensive line in the east has successfully repelled Russian attacks, according to the British Ministry of Defence.

Its daily intelligence update this morning stated that the ‘Ukrainian defence has been successful in repulsing Russian attacks since Lysychansk was ceded and the Ukrainian defensive line was shortened and straightened.’

It added: ‘This has allowed for the concentration of force and fires against reduced Russian attacks and has been instrumental in reducing Russia’s momentum.’