Heart-stopping footage has caught the moment a pet puppy was rescued after being kidnapped and held hostage for three days by a wild monkey.

The two-week-old black and white puppy, now named Saru, was grabbed by the primate and taken to the top of an electricity post in Taman Lestari Putra, Malaysia on September 16.

Video filmed by one of the rescuers shows concerned residents surveying the monkey clutching the puppy as it perched in a tree, and trying to work out how to save the tiny dog. 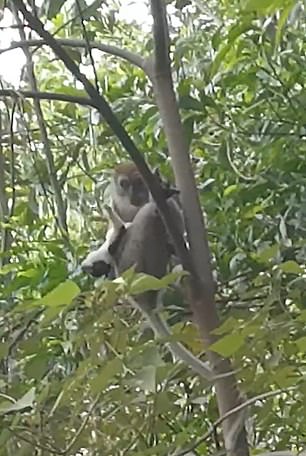 The two-week-old black and white puppy, now named Saru, was grabbed by the primate and taken to the top of an electricity post in Taman Lestari Putra, Malaysia on September 16

They try pelting it with small rocks and wood and finally decide to throw firecrackers on the ground in the hope that the loud noises will scare the monkey.

The plan works and the monkey drops the dog, its fall cushioned by the thick undergrowth. Three residents then scramble towards the foliage.

One of them manages to find the little puppy in the bushes and passes it back to the others.

Onlooker Cherry Lew Yee Lee said: ‘The puppy looked tired and weary but the monkey did not seem to hurt it. The monkey was just holding the puppy while it moved around.

‘It looked like it was treating the puppy as a friend or its baby, it was very strange. However, we still needed to save the poor dog because it appeared to have been starving.’

Cherry and her neighbours had gone to the area where the monkey was last spotted three times but they were always outrun by the animal, which fled along electricity lines and into the surrounding jungle. 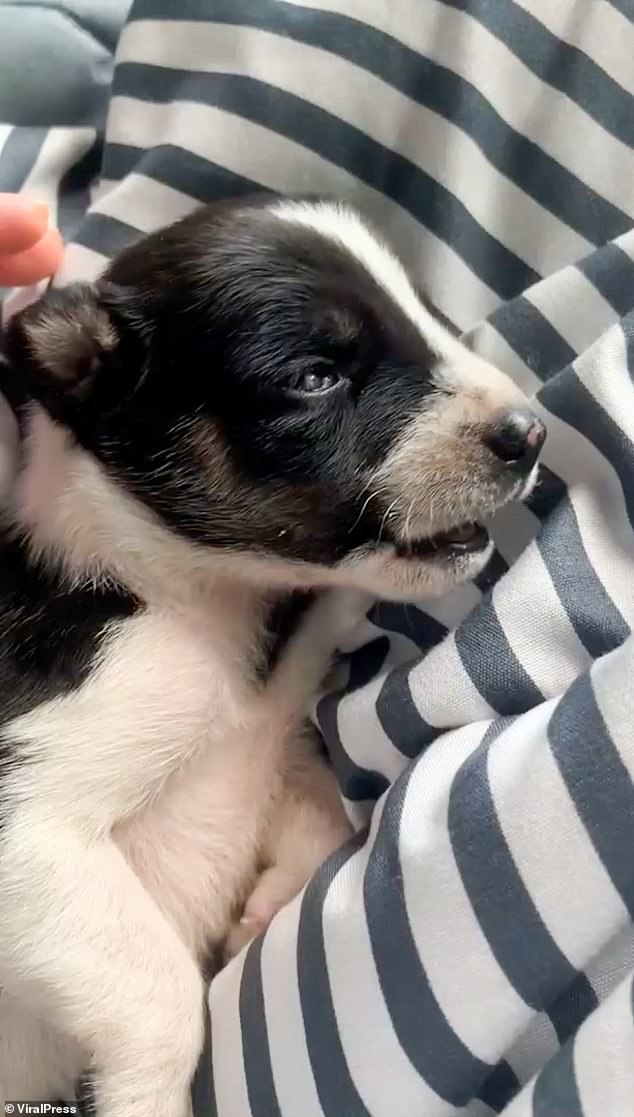 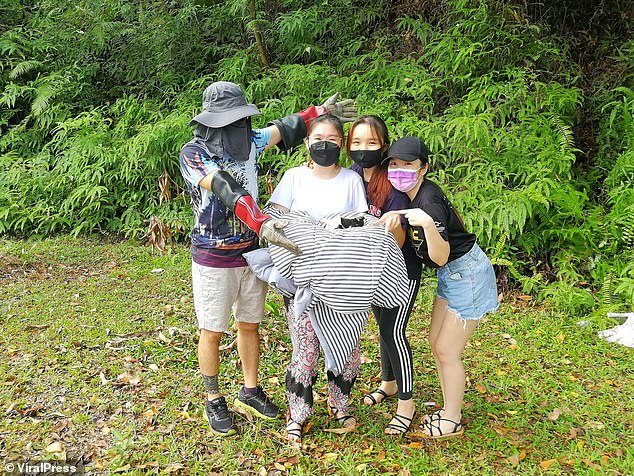 Pictured: The proud locals hold the little puppy in a blanket after their successful rescue mission 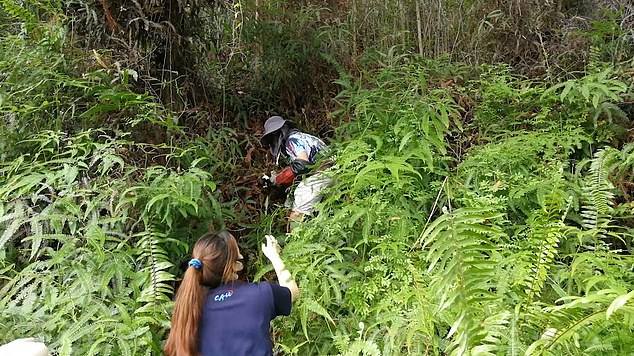 Footage shows the residents throwing firecrackers on the ground to make a loud noise which would scare the monkey. The monkey is startled by the bang and drops the monkey into foliage below 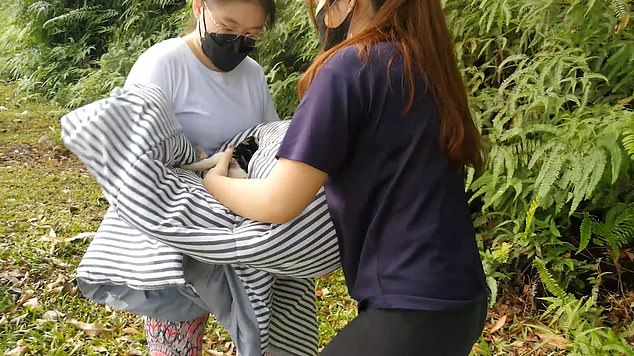 Three residents then scramble towards the foliage. One of them manages to find the little puppy in the bushes and passes it back to the others

Finally, the monkey had returned to find food while still clutching the small dog in its arms, and the rescuers were successful.

The dog was checked for injuries and adopted by a local, and is doing well.

Locals said the monkey kidnapper was part of a gang of animals already known to steal food from houses.

But this incident suggests they may be behind the disappearance of several pets.

Saru, however, is believed to have been snatched from a stray dog’s litter.

The Malaysian government receives an average of 3,800 complaints from the public about monkeys nationwide every year.

This has prompted the country’s wildlife department to instigate a mass culling program with up to 70,000 macaques killed annually between 2013 and 2016.