A third of pubs, restaurants or cafes warned today that they don’t have enough staff to cope with the reopening of indoor hospitality next Monday – as Britons prepare to spend £2.5billion on eating and drinking out next week.

Four in five hospitality firms also say there is a lack of skilled talent coming into their business, while 87 per cent are having to invest more time and money into retraining as colleagues return to work from furlough.

It comes amid an exodus of foreign workers back to their home countries during the pandemic, with EU staff now making up 39 per cent of the UK hospitality workforce, down from 43 per cent at the same point in 2019.

Some 104million trips out for breakfast, lunch, dinner or drinks are set to be made across the seven days from May 17 as indoor seating resumes, with sales expected to peak next Saturday when £426million is spent in just one day.

Experts say the hospitality industry will bounce back with a much-needed revenue boost in the remaining months of 2021, making £80.5billion by the end of the year which will be nearly two-thirds more than in 2020.

Rob Lindsay of The Talbot Tap House in Ripley, Derbyshire, rolls beer barrels today ahead of reopening his pub next Monday 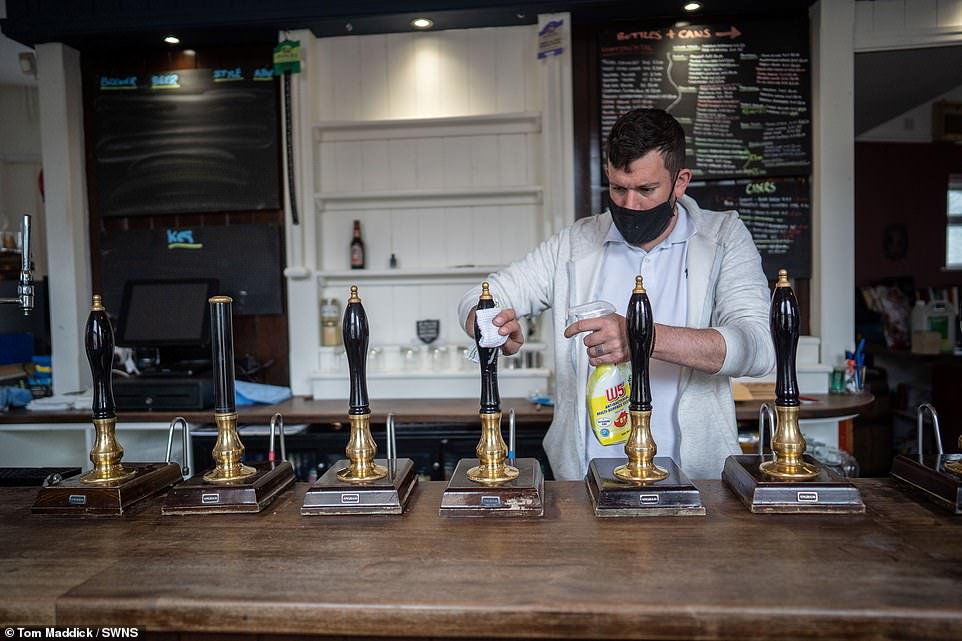 Pub landlord Rob Lindsay at The Talbot Tap House in Ripley, prepares to reopen his doors to customers on May 17 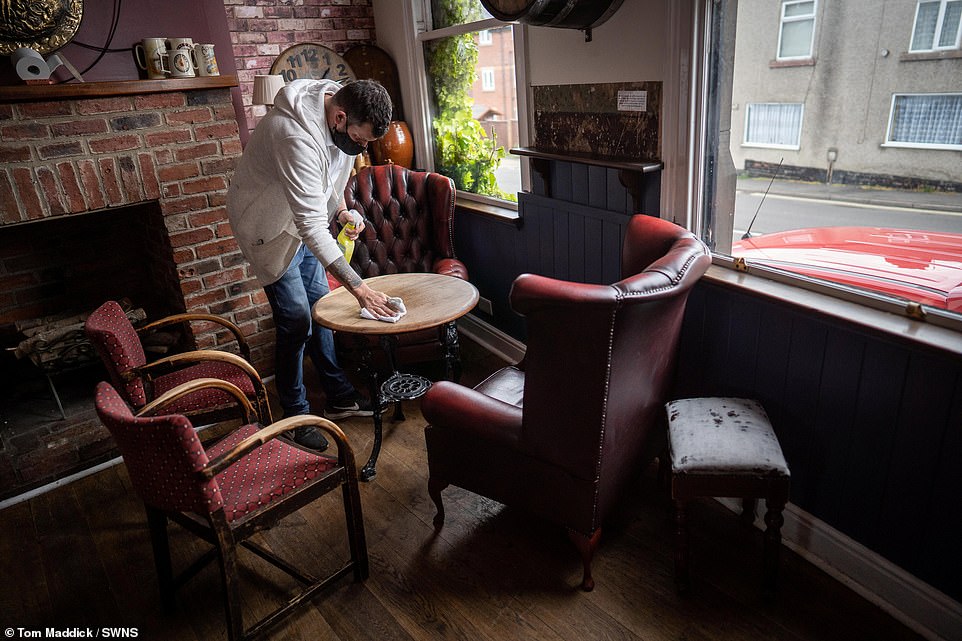 Venues such as The Talbot Tap House in Ripley, pictured today, will still only be permitted to offer table service next Monday

A report by the Centre for Retail Research for VoucherCodes.co.uk predicts that 104million people will be heading to hospitality venues in the week from next Monday to make the most of sitting inside for the first time this year.

On their first day of full reopening next Monday, venues are expected to seat 13.6million customers, who are forecast to spend £297million enjoying their first indoor drinks and meals out since at least December 16, 2020.

With May’s poor weather conditions set to continue into next week, amid a mixture of sunny spells and rain expected throughout, venues will be thankful for the boosted custom from indoor bookings.

This is forecast to steadily increase throughout the week, and Friday and Saturday are set to be the busiest days, with 16.1million and 18.3million people planning to head out, spending £389.1million and £426.2million respectively.

Predicted sales are also expected to be significantly higher than average. Compared to the same week in 2019 – during the last ‘normal’ May before Covid – venues are set to see a 34.8 per cent per cent increase in sales next week.

Looking ahead to 2022, the report predicts that hospitality is set for a bumper year as people enjoy their first full year without restrictions since 2019.

Angus Drummond, senior director or commercial at VoucherCodes.co.uk, said: ‘If people in the UK are known for anything it’s our love for pubs and restaurants, so it’s no surprise to see that so many people are planning to make the most of being able to sit inside and enjoy drinks and meals out next week. 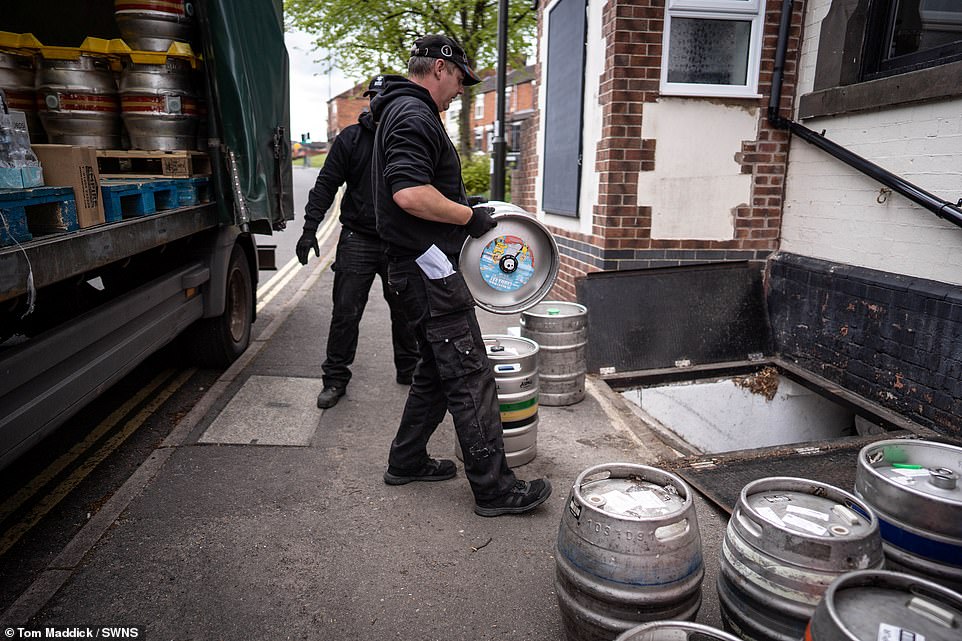 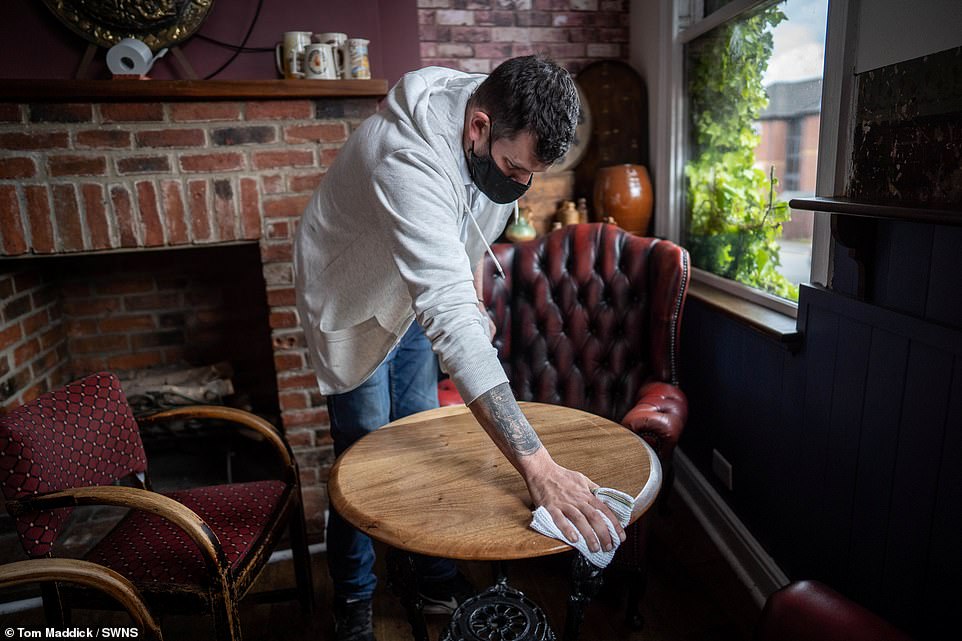 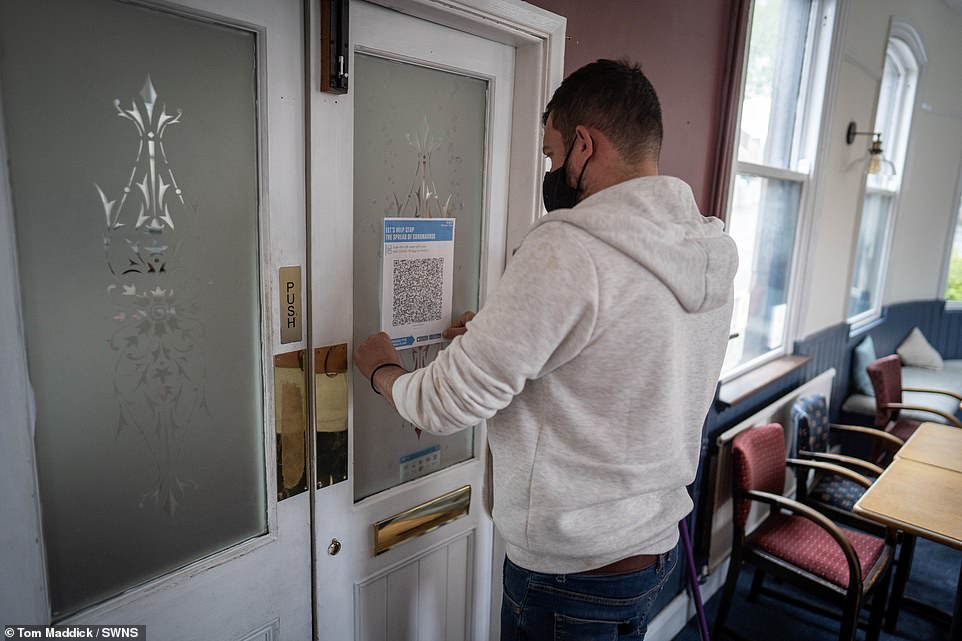 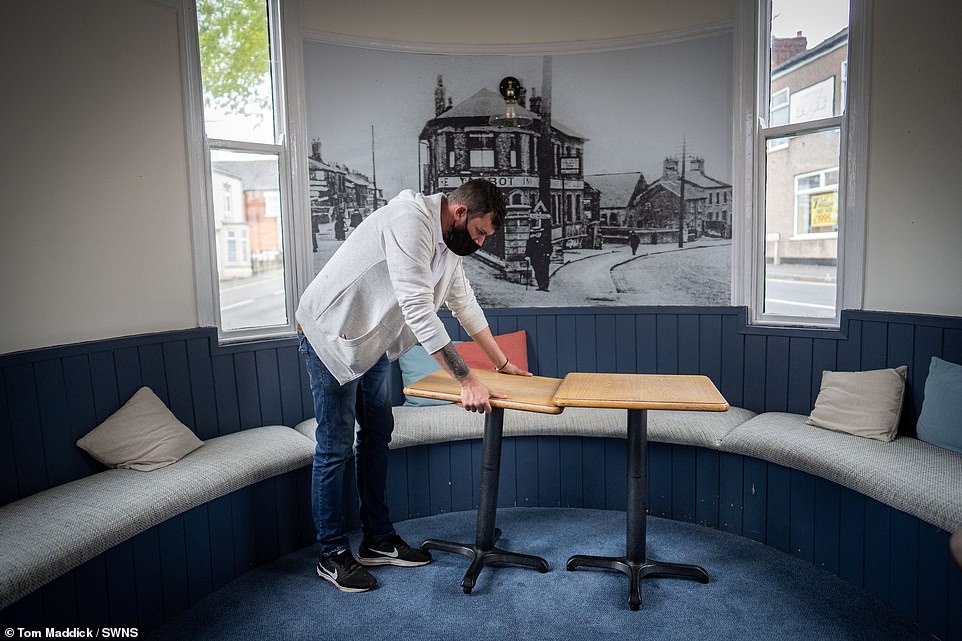 ‘It’s been an incredibly tough year for the hospitality industry with large periods of closure, so it’s particularly encouraging that this report forecasts a quick and strong recovery over the next couple of years.’

Staff are making final preparations to exhibits from the Harry Potter films at the Warner Bros Studio Tour today as it prepares to reopen to visitors next Monday for the first time since closing last December.

The Celebration of Slytherin feature which first ran last year will continue, with visitors entering through the Great Hall doors to be greeted by Slytherin house banners suspended from the enchanted ceiling, in reference to the final scenes in the Philosopher’s Stone. 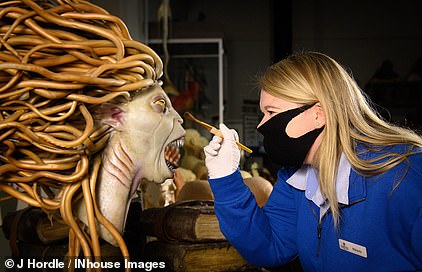 A number of original costumes belonging to Slytherin’s witches and wizards are also on display, including those of Draco Malfoy and Lord Voldemort.

The tour in Leavesden, Hertfordshire, will reopen with safety measures in place including reduced capacity, regular enhanced cleaning and all visitors required to wear a face mask unless seated in a café or restaurant.

Meanwhile a study by UK hospitality charity Springboard has surveyed 15 of the country’s biggest hospitality employers, with a combined workforce of more than 100,000, to learn more about their recruitment concerns.

Some 80 per cent of those surveyed said a lack of skilled candidates, specifically amongst young people, was a key concern, while 33 per cent warned they don’t currently have enough staff to cope with the expected increase in demand over the coming weeks and months.

Almost nine in ten (87 per cent) said they were finding it difficult to recruit for kitchen and back of house roles, while one in three said there was a lack of supply for critical senior management positions.

The survey, which included the likes of Compass Group, Odeon and InterContinental Hotels (IHG) and BaxterStorey, came after Springboard saw a 400 per cent increase in applications to the Kickstart scheme from hospitality employers after the Prime Minister set out the lockdown roadmap on February 22.

It comes a fortnight after Britain’s hospitality staffing crisis was laid bare as industry experts revealed 15 per cent of furloughed staff won’t return to their jobs in the sector because they have moved abroad or taken a different role.

Restaurant bosses have been being hampered in their search for staff ahead of the reopening of indoor hospitality on May 17 because of the uncertainty still surrounding whether coronavirus restrictions will be lifted.

Data from hospitality software provider Fourth revealed 35 per cent of new starters in the first three months of 2021 were from the EU, which was a significant drop from 49 per cent in the first quarter two years ago.

The overall workforce headcount is also still down 28 per cent compared to shortly after the pandemic began in April 2020, and the number of hours worked across the sector this month was at 72 per cent of the level last July.

The research based on analysis of more than 700 firms also found staff aged 18 to 21 made up just 4 per cent of all hours worked last month, compared to 10 per cent in March 2019 – suggesting younger people are working less.

Kate Nicholls, chief executive of industry body UKHospitality, said last month that there were ‘two elements’ to the recruitment crisis and pointed out that it was being felt differently across the country as the lockdown is eased.