EXPRESS INFORMER > News & Politics > Pub landlord is forced to pour beer and cider worth £1,500 down the drain due to lockdown

Pub landlord is forced to pour beer and cider worth £1,500 down the drain after takeaway pints were outlawed under third national lockdown

A pub landlord has been forced to pour beer and cider worth £1,500 down the drain after takeaway pints were outlawed under England’s third national lockdown.

Pubs and bars have been blighted by the tightening of Covid-19 restrictions since March last year.

As tiered-restrictions saw pubs allowed to serve takeaway pints, Patrick Mahony, landlord of The Winchester Arms in Taunton, decided to stock up on beer and cider.

But the latest lockdown – which began last month – has ruined his plans and he has been forced to pour the booze down the drain.

Mr Mahony, who lives and works at the pub, believes lockdown is costing him around £4,000-a-month.

Patrick Mahony stocked up on beer and cider in the hope he would be able to sell takeaway pints from The Winchester Arms in Taunton, Somerset 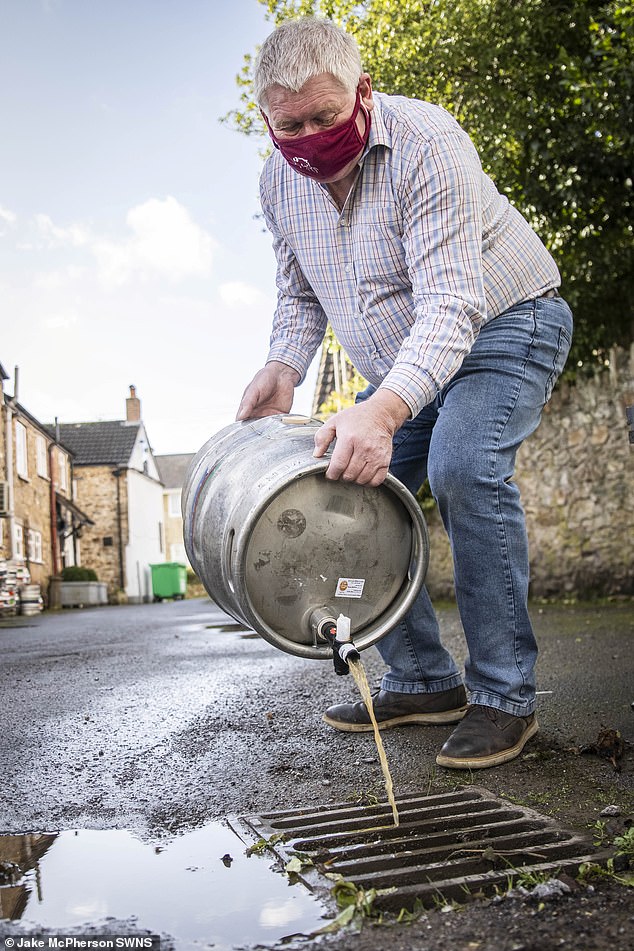 Lockdown restrictions mean he has been unable to sell beer or cider, leaving him with no choice but to pour it all down the drain

The 62-year-old said: ‘Because we can’t do takeaway alcohol this time, which we were able to in the previous lockdown, I’ve got more stock in the cellar than I would have had if I’d known we weren’t going to be able to sell.

While alcohol sales are off, Mr Mahony has been able to make some money by selling takeaway meals. 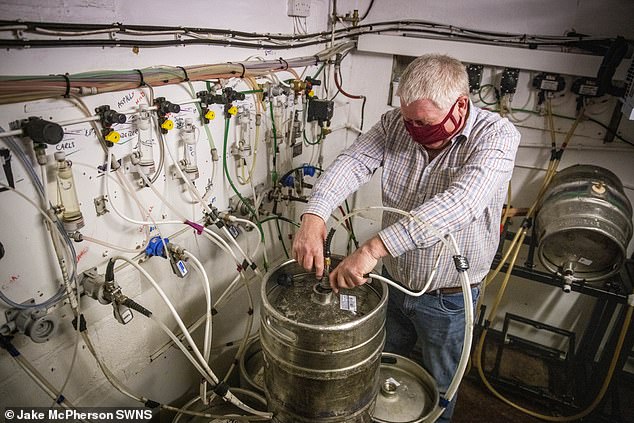 While alcohol sales are off, Mr Mahony has been able to make some money by selling takeaway meals, but he fears he is still losing around £4,000 a month 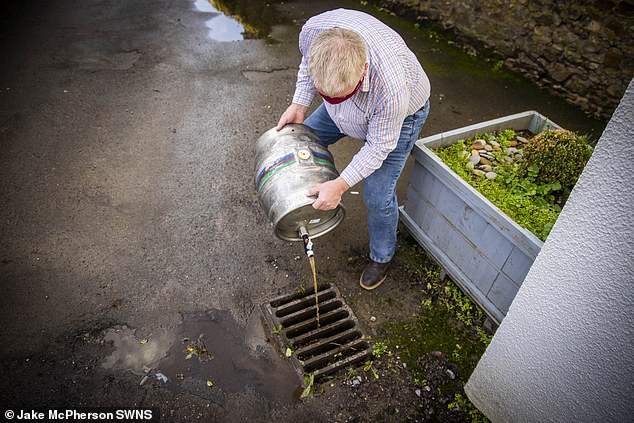 ‘The government grants offset that to an extent but we’re getting in about 60 per cent of what we need to.’

He feels insurance companies have much to answer for and can only recall one landlord he knows that has received a pay-out.

‘Nobody is being paid out,’ he added.

‘That’s why it’s going to court – insurance companies are now only saying they’ll only pay out if you had Covid on your premises.’

The ex-school teacher says he expects half of Britain’s pubs to close for good after the pandemic and is calling for regulation of rent costs to help them survive. 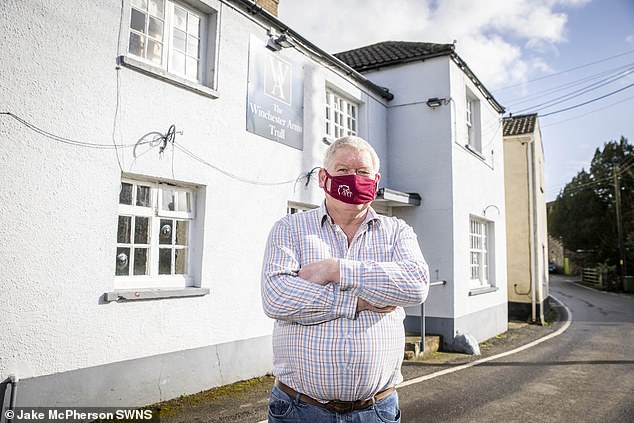 He said: ‘It’s a real unknown whether we’ll be okay. As soon as there were scare stories about pubs spreading the virus people stopped coming.

‘But we’ve been jumping through hoops and everything was above board.

‘I’ve got five years on the lease – even if we stay open for those five years I’ve got to try and claw back enough money to give myself a retirement.’