‘Usually I don’t celebrate goals, but it’s the first time he scores for a team I manage so I had to!’: Mauricio Pochettino delighted with Lionel Messi’s strike against Man City

The Barcelona legend sealed the victory with a stunning finish on the back of a one-two with Kylian Mbappe after Idrissa Gueye opened the scoring in the first-half.

Messi had not scored in his first three games at the club following his emotional exit from Barcelona, and PSG boss Pochettino said it was nice being on the right end of one of his goals. 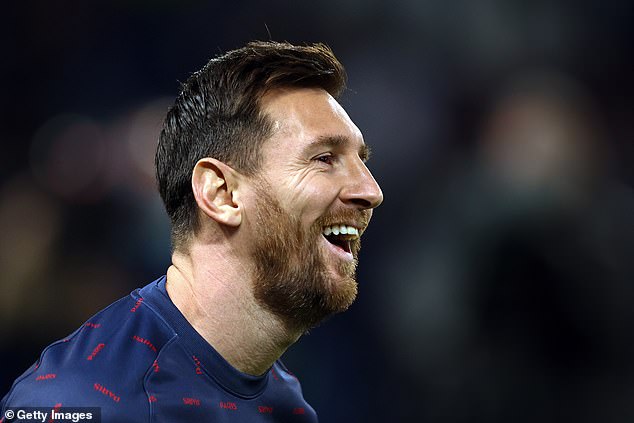 He said during his post-match interview: ‘Usually I don’t celebrate goals, but today I did.

‘I’ve spent 20 years watching him score goals from the other side of the opposite pavement and it’s the first time he scores for a team I manage so I had to celebrate.

‘You need this type of performance and players like him need to feel the back of the net.

‘He needs to create links within the team after 20 years in Barcelona. He’s feeling different things, there’s a lot of new feelings for him. 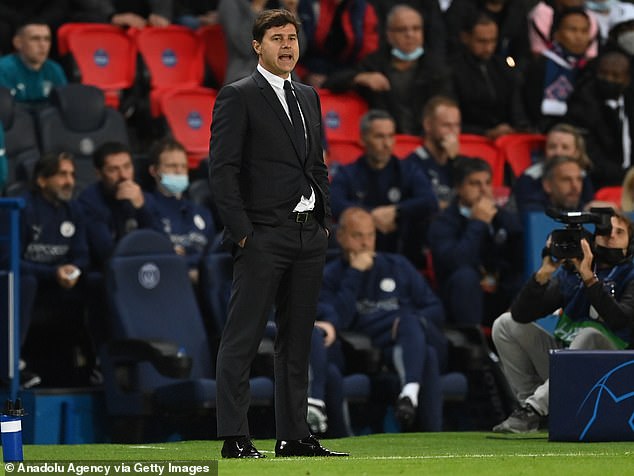 ‘First goal in our side, now that we are in the same side I enjoyed a lot and so happy to be here enjoying Leo’s first goal.

‘He’s top class, I know I’m not saying anything new but I think with time he still has room to improve a lot.’

Pochettino was happy with the team’s collective effort to secure the result, which is their first win of the Champions League this season. 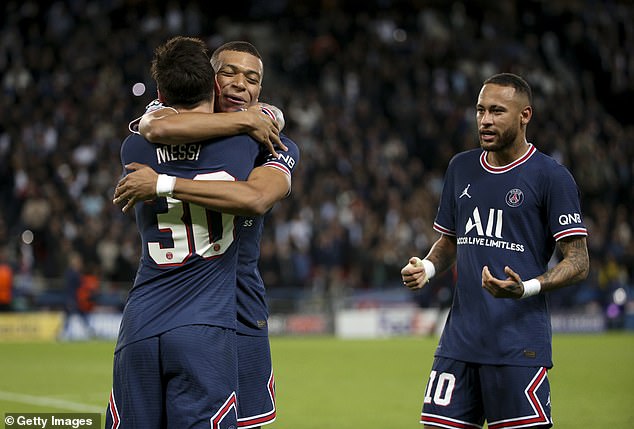 Speaking to RMC Sport, he said: ‘I think the team put in a good performance. We were able to take the pressure during the difficult periods of the game, against a very good Manchester City side. We were able to play, to attack when it was needed.”

“Teams are built over time, these kinds of matches help do that. We’re trying to grow, to build something.

‘We have a very positive squad that knows what it needs to do. It was a great match from our players, they have to be congratulated. It was a great collective effort. Of course, there are things to improve.’