What a trans-fur-mation! Proud owners share adorable then and now photos of their beloved dogs to show how they’ve grown from pups to adults

Everyone who has owned a dog from a young age knows how quickly they grow from a tiny, excitable puppy into a bigger adult dog.

In a series of adorable snaps, pet owners have dug out old canine clothes and toys to see just how much their fur babies have changed since they first came home.

Bored Panda has compiled a gallery of some of the cutest examples, from a Great Dane who used to be the same size as his toy to another wearing his former jumper which now only fits around his nose.

Here, Femail shares some of the most adorable trans-fur-mations.

A Golden Retriever, from an unknown location, could only fit his jumper from when he was a puppy around his nose now he’s all grown up 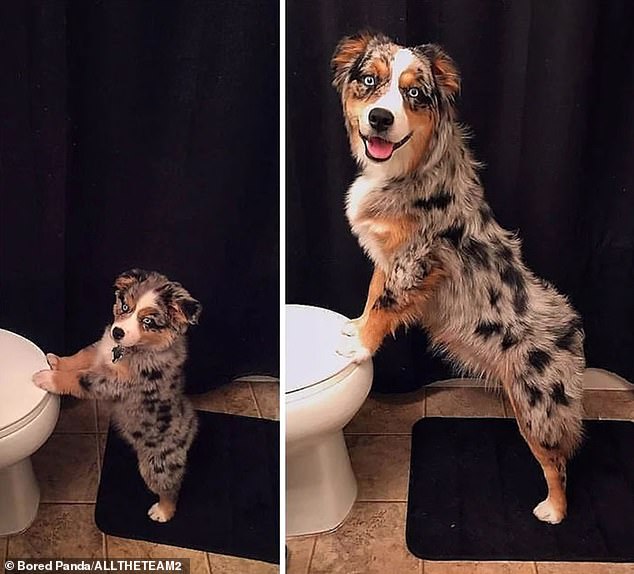 An owner of an Australian Shepherd, believed to be from the US, used the toilet as a scale to show how much their pet had grown 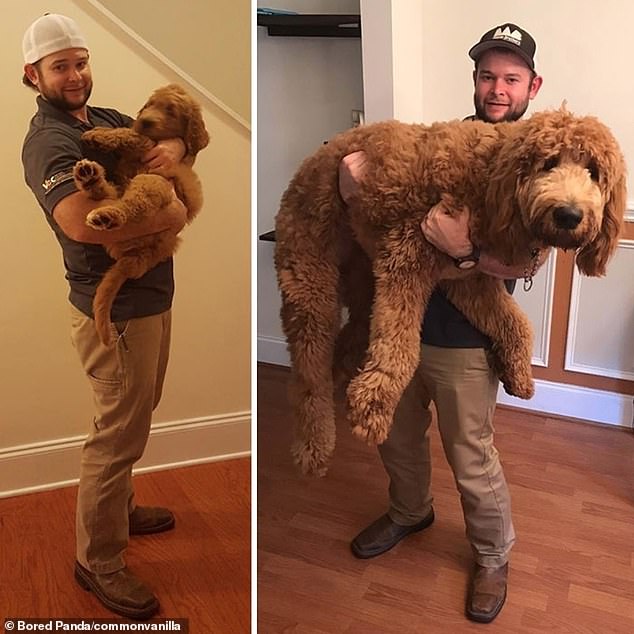 One dog, from an unknown location, grew so big that his owner struggled to hold it after just one year 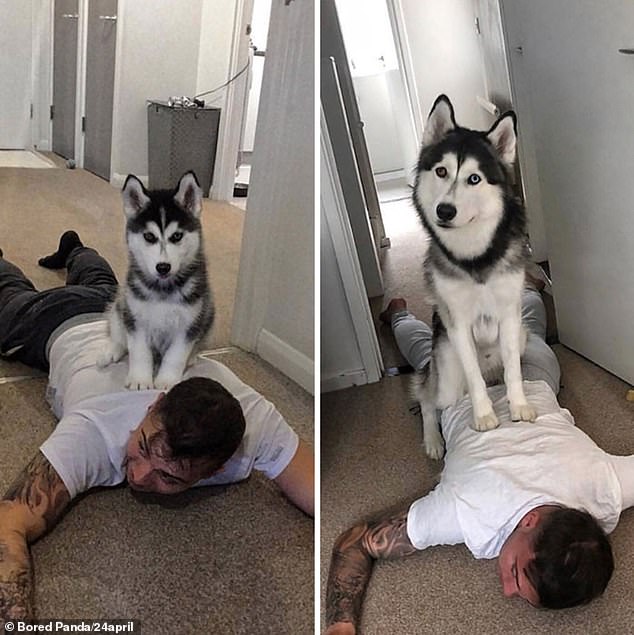 A husky, from an unknown location, sat on his owner’s back – and he looked considerably more uncomfortable as the dog got bigger 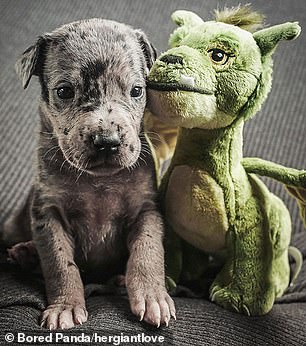 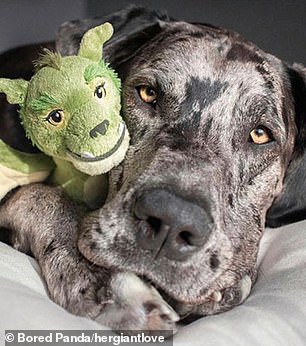 Elliott the Great Dane, believed to be from the US, started the same size as his toy and has grown up with his best friend, Elliott the plush dragon 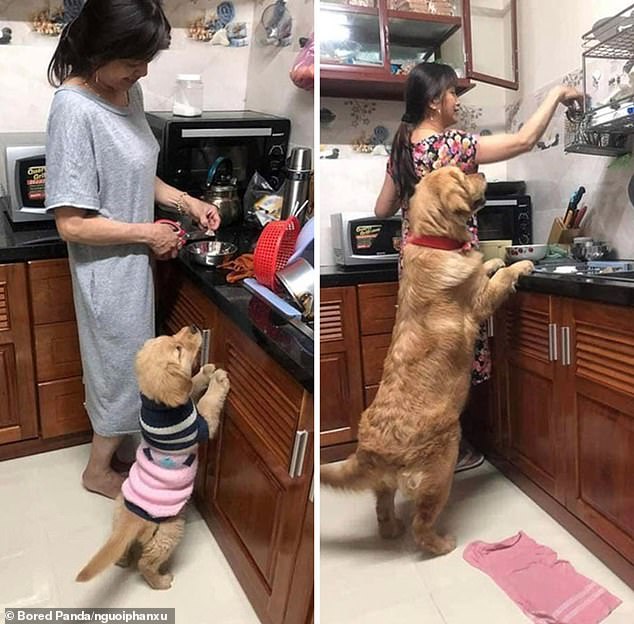 ‘Some things never change’: One Golden Retriever is still in its puppy habit of leaning on the kitchen sides when their owner is cooking, but the pooch is now big enough to reach the top 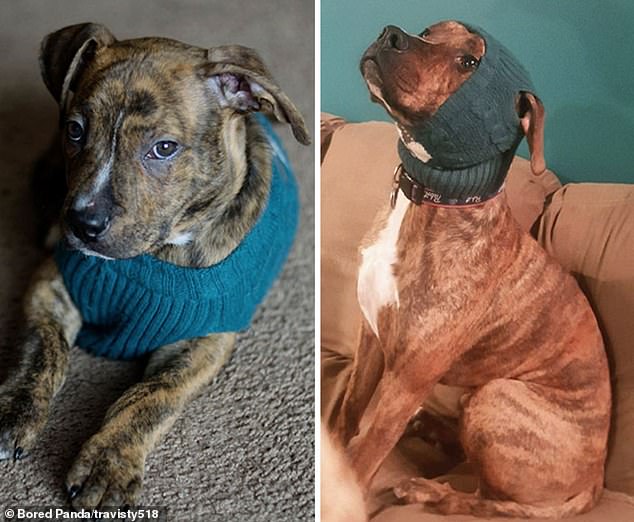 One dog, from the US, could only fit his forest green jumper on his head with his ears poking out the arm holes after three years of growth 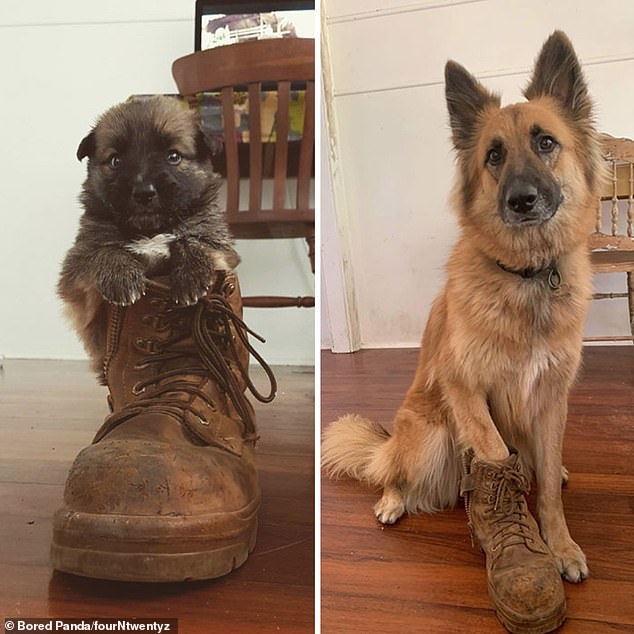 This German Shepherd, believed to be from Australia, could once fit in their owner’s work boot, but can now only fit one paw inside 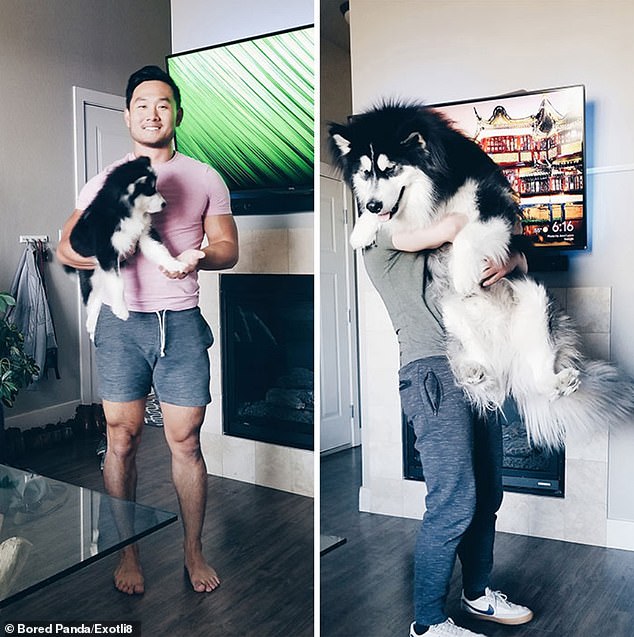 One puppy, from an unknown location, grew a lot in nine months, making it difficult for his owner to cuddle him as he once had 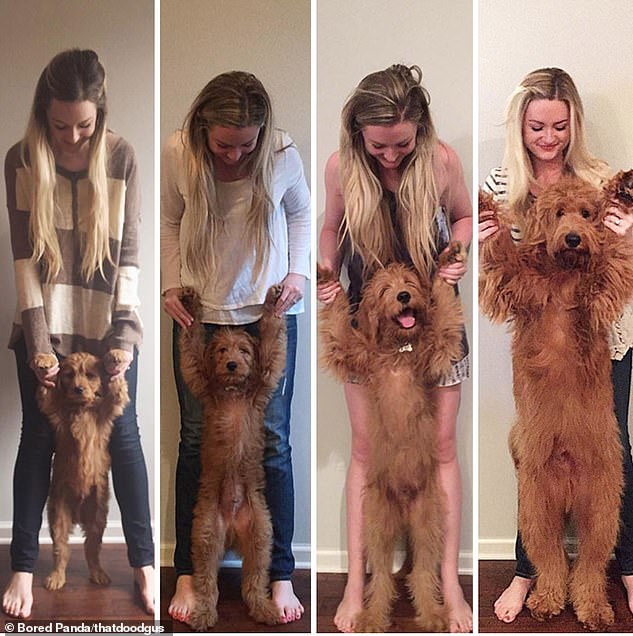 One owner, from the US, charted the growth of her Golden Doodle from nine weeks to 49 weeks as he stood on his hind legs 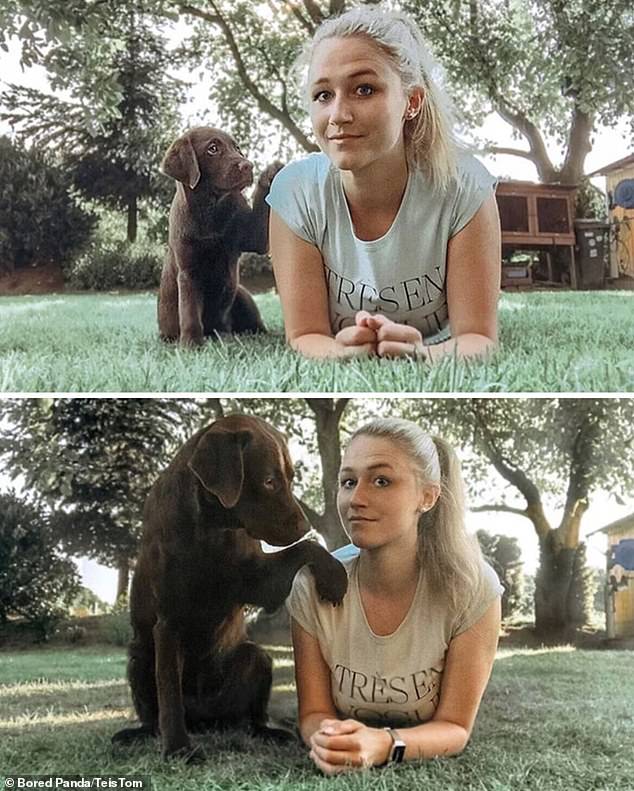 One owner, from an unknown location, opted for the same outfit in this transformation pic as her dog placed its paw on her shoulder while they sat on the grass in the garden 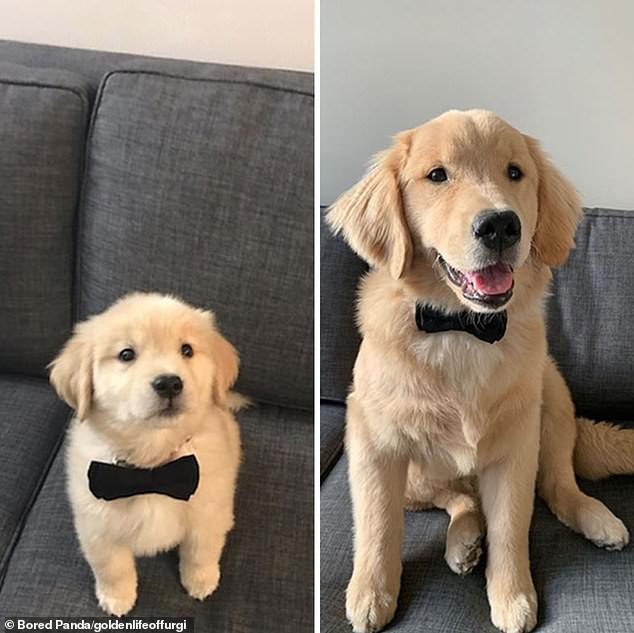 A Golden Retriever called Furgi, from the US, is adorable in his four-month transformation photos staged on the couch 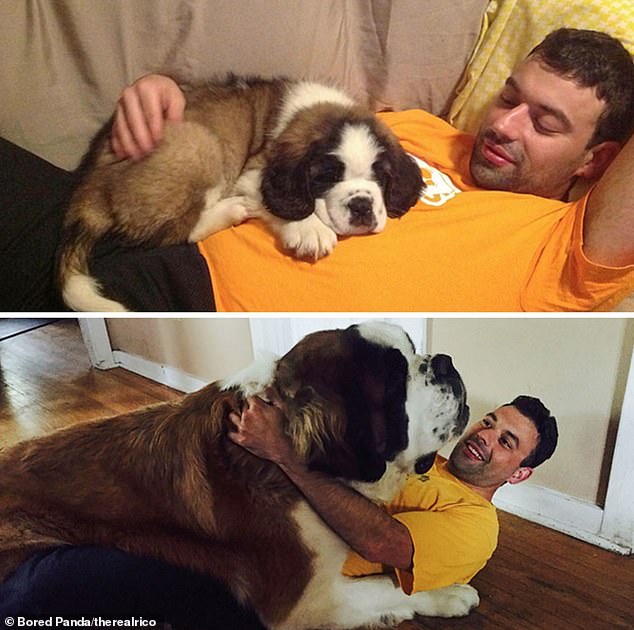 This English Mastiff, from an unknown location, once fit perfectly on their owner’s lap, but now overwhelms him as he sits on him 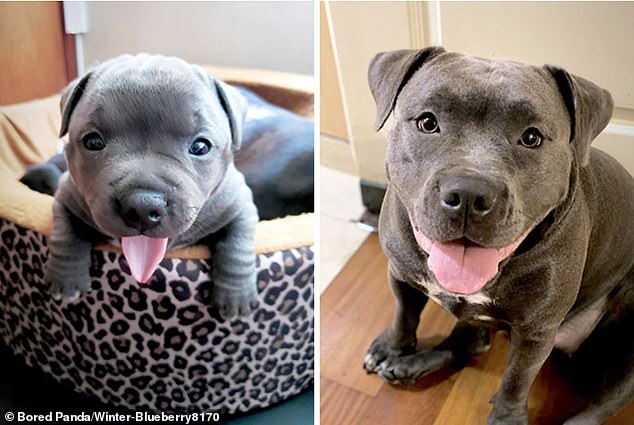 This American Staffordshire Terrier grew so much in a year with her eyes turning from blue to greyish, but still kept the same cheeky smile