A proposed class-action lawsuit has been launched against the Horizon Health Network and nurse Nicole Ruest on behalf of women who were allegedly “inappropriately” given a labour-inducing drug at Moncton Hospital and required emergency caesarean sections.

The lawsuit, filed with the Court of Queen’s Bench in Moncton on Thursday, alleges that Ruest is directly liable to the women for her actions, and that Horizon is directly liable for its negligence and vicariously liable as Ruest’s employer and supervisor for 15 years.

Jayde Scott is the representative plaintiff of the proposed class action, which has not yet been certified.

Urges others to come forwardScott had an emergency caesarean section after allegedly being given Oxytocin without her consent by Ruest, according to the lawsuit filed by the Halifax-based firm McKiggan Hebert and Fidelis Law Droit of Moncton.

“It was very traumatic,” Scott said in tears during a news conference at Fidelis Law Droit Thursday to announce the lawsuit.

She is urging other mothers to come forward.

Horizon officials declined to comment Thursday on the lawsuit.

On March 30, Horizon confirmed that a registered nurse at Moncton Hospital had been fired for allegedly “inappropriately” administering a labour-inducing drug to two patients.

The name of the nurse was not disclosed. The court documents identify her as being Ruest.

RCMP are investigating. No arrest has been made.

The Nurses Association of New Brunswick has said it suspended the licence of the nurse in question, pending the outcome of the criminal investigation.

An emotional Jayde Scott, the representative plaintiff of the proposed class action, urged other mothers to come forward. (Gabrielle Fahmy/CBC)

It alleges Scott and class members have suffered “serious injuries,” including:

“The plaintiff and class members have sustained and will continue to sustain pain and suffering, loss of enjoyment of life, and loss of amenities,” the document states.

Relief sought includes an apology and declaration of the legal responsibility of the hospital for the actions of Ruest and the injuries suffered by class members, and a notification program for mothers who were treated by Ruest. 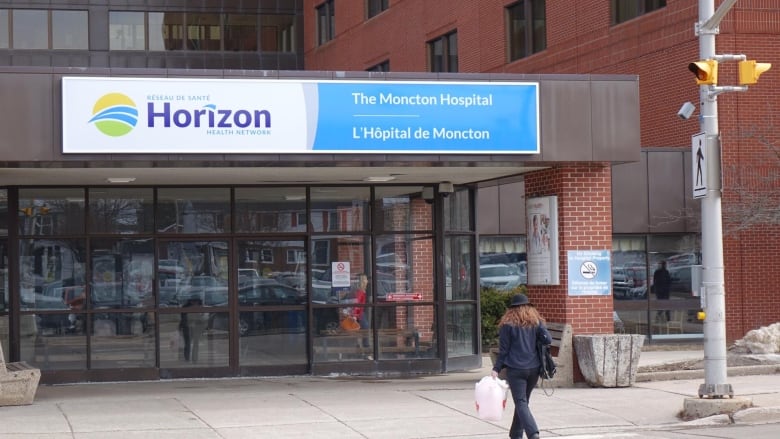 More than 40 concerned mothers have called Horizon Health since the nurse was fired. (CBC)

Last week, Horizon said it has fielded calls from more than 40 concerned mothers since news of alleged misuse of the labour-inducing drug broke.

Horizon is asking patients with concerns to call its patient representative services.

Halifax lawyer John McKiggan has argued that this puts an unfair burden on mothers.

Oxytocin, if administered improperly, can cause a fetal heart rate to drop and create the need for an emergency caesarean section.