By Jake Ryan Home Affairs Correspondent For The Mail On Sunday

Ministers have held talks over building a new prison in Albania to house foreign offenders in British jails, The Mail on Sunday can reveal.

The proposal was ‘welcomed’ at a bilateral meeting between UK Ministers and Albania’s justice secretary last week.

It came as the Government signed a new prisoner transfer agreement with Albania after the number of its criminals in UK jails stood at 1,528 in June – a big rise on the 876 in August 2019.

The announcement declared Albania would foot the bill for housing any prisoners transferred from Britain.

But on Monday, talks between the Balkan state’s justice secretary Etilda Gjonaj and UK Justice Minister Chris Philp turned to a request for the building or renovation of a jail in Albania.

It is understood Albanian officials have become concerned at the one-sided nature of the prisoner transfer deal and are now asking for financial help.

Ms Gjonaj came under fire upon her return to Albania and told an interviewer that British Ministers ‘welcomed my proposal for the UK to build a prison in Albania or renovate an existing prison’.

A Government source described the plans as ‘early’ in their development.

Albanian nationals make up the largest number of foreign offenders in UK jails The Balkan state’s criminal gangs are renowned as leaders in drug trafficking and production, as well as in people smuggling into Britain.

The Government signed an agreement with Albania to remove jailed criminals in 2013 but six years later only 24 had been removed. The new deal has a number of amendments that try to make the transfer process easier. 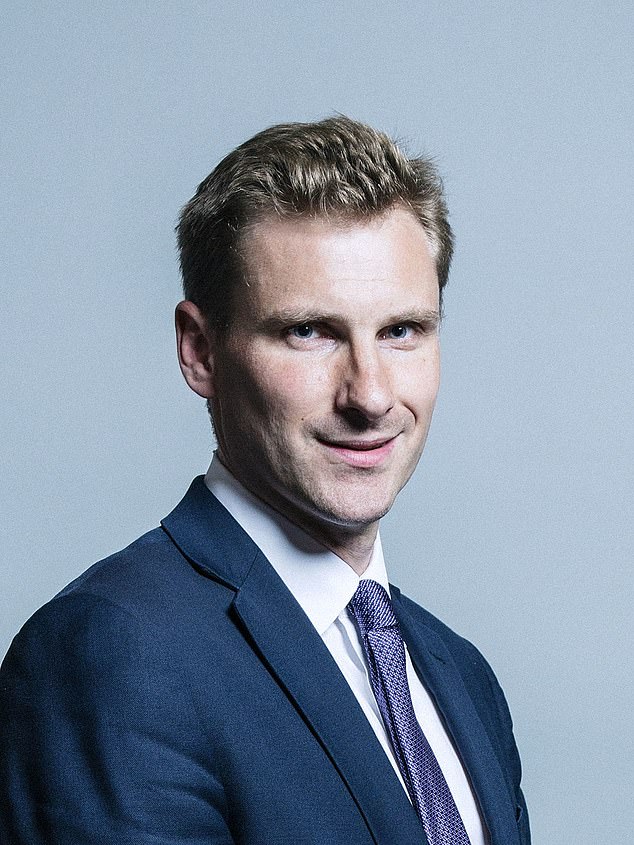 On Monday, talks between the Balkan state’s justice secretary Etilda Gjonaj and UK Justice Minister Chris Philp (pictured) turned to a request for the building or renovation of a jail in Albania

Based on current rates of £44,600-a-year per jail place, the prison service would spend about £70 million annually to keep Albanians behind bars.

Separately, the Government has been able to remove 254 Albanian criminals from the UK since April and another 85 with no right to be in the country.

Last month, the MoS revealed how Albanian murderer Selami Cokaj was deported after a 12-year legal battle in which he illegally re-entered the UK.

A Ministry of Justice spokesman said it would not comment on bilateral talks with foreign ministers.