Princess Eugenie took part in her mother’s daily ‘Story time with Fergie and Friends’ slot on YouTube on Saturday night, on what appeared to be her childhood swing.

The royal, 30, read ‘Guess How Much I Love You,’ written by Sam McBratney and illustrated by Anita Jeram, for ‘Storytime With Fergie And Friends,’ Sarah Ferguson’s children Youtube channel.

Eugenie appears to be isolating with her mother and husband at the Royal Lodge in Windsor, and was seen sitting on a swing emblazoned with her name in a glimpse at the sweeping gardens.

Last week the Duchess of York, 60, announced that she would be reading a series of different children’s books to help keep the little ones entertained during lockdown.

Eugenie, who marked her ten year anniversary with her husband Jack Brooksbank, 34, this weekend, looked relaxed in the video, where she could be seen sitting on a swing in an idyllic setting.

Eugenie, 30, pictured, read ‘Guess How Much I Love You,’ written by Sam McBratney and illustrated by Anita Jeram for ‘Storytime With Fergie And Friends,’ Sarah Ferguson’s children Youtube channel 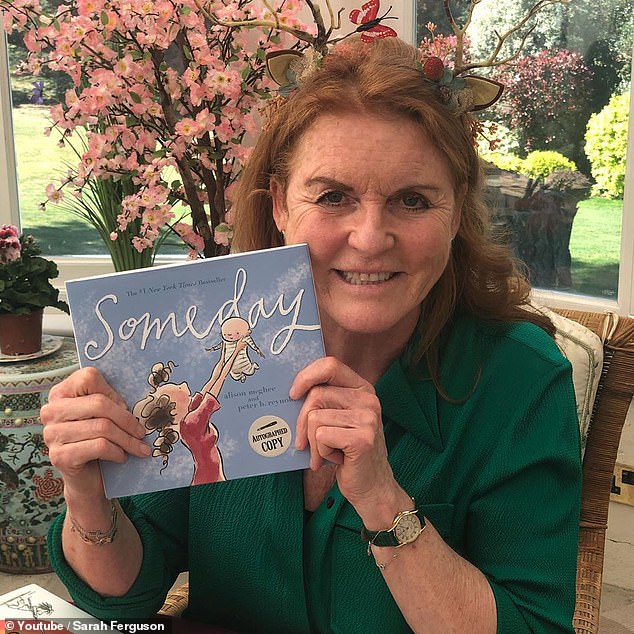 The Duchess of York, 60, pictured, reads children’s storybooks everyday on her Youtube channel. She has also written more than 25 children’s book herself

The royal, who remained sat on the swing as she quietly read the story, said ‘Guess How Much I Love You’ was her favourite children’s story.

The 1994 sweet story follows two hares: Big Nutbrown Hare and Little Nutbrown Hare, as the pair, thought to be a father and son duo, try to find new ways to measure how much they love each other.

The beautiful story was narrated by Eugenie as guitar played in the background.

Eugenie donned a casual look for the occasion, sporting no makeup, and wearing a green jacket over a white t-shirt and black trousers.

Among the comments was one from Prince Harry’s ex Cressida Bonas, who wrote: ‘Love this one’. 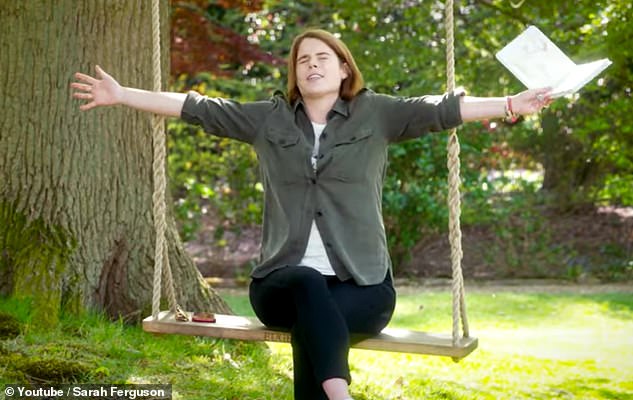 Eugenie appears to be isolating with her mother and husband at the Royal Lodge in Windsor, and was seen sitting on a swing emblazoned with her name in a glimpse at the sweeping gardens

The Storytime with Fergie and Friends series sees the Duchess of York telling one children’s story a day.

Sarah, who has recently signed a publishing deal for seven new books, is already the author of more than 25 books, including the Budgie The Little Helicopter and the Little Red series.

Yesterday as well, her daughter Princess Eugenie marked the tenth anniversary of her first meeting with her husband Jack Brooksbank.

The pair married in October 2018 at Windsor Castle, but were first introduced by friends during a skiing trip to Verbier, Switzerland. 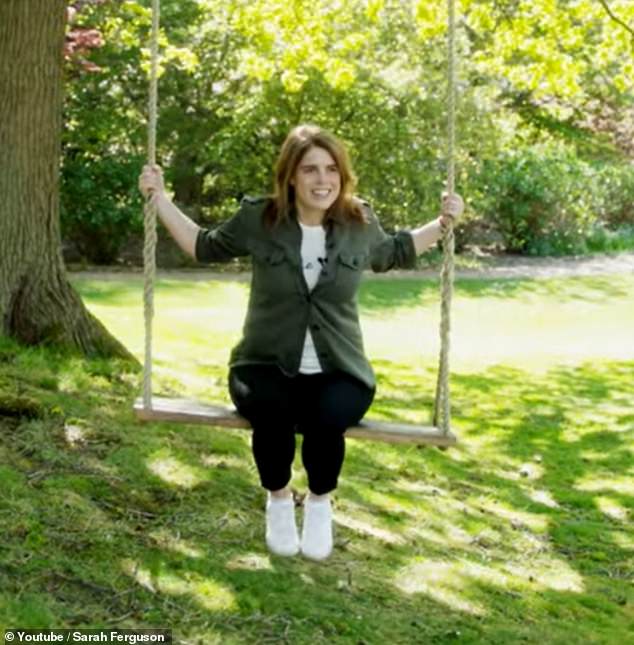 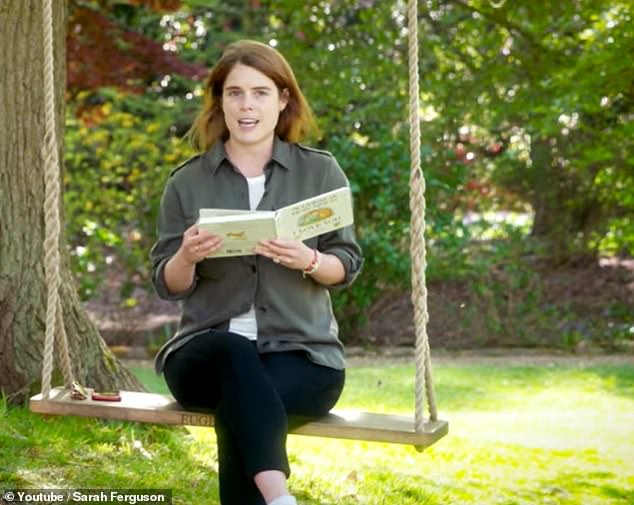 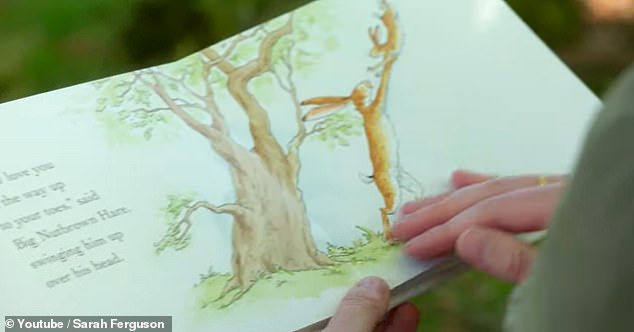 The boo, published in 1996, was illustrated by Anita Jeram, and tell the story of two hares going to great length to express how much they love each other (pictured: a page form the book)

To celebrate their decade together, the tenth-in-line to the throne posted a picture on Instagram of her and Jack grinning into the camera while smiling.

On the post she said: ‘Jack and I are celebrating our 10th anniversary today… and we are lucky enough to be together at this time.

‘If anyone has an anniversary this week, if you are together or not because of this challenging time, if you are a frontline worker wishing to tell your person you love them, then please do send me a photo and message via DM of how you are celebrating and I will share your messages on my story over the next few days. #anniversary’ 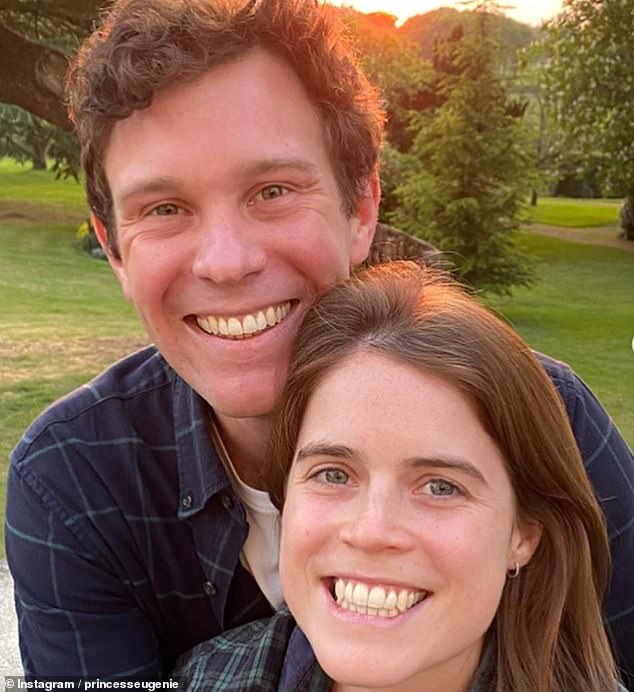