A royal night out! Princess Eugenie and Jack Brooksbank hit the town with popstar Ellie Goulding and her husband Caspar Jopling to celebrate the end of lockdown at a trendy Notting Hill restaurant

Princess Eugenie and her husband Jack Brooksbank celebrated the end of lockdown by joining celebrity friends for dinner at a trendy Notting Hill restaurant this week.

The Queen’s granddaughter, 31, and her partner were joined by popstar and close friend Ellie Goulding, 32, and her husband Caspar Joplin as they hit the town for a night at Casa Cruz on Thursday.

Princess Eugenie donned a pair of black leather leggings and a bold scarlet coat for the outing, while Jack looked opted for a more relaxed look in jeans and a blue pull-over.

The couple returned to their Kensington Palace home Ivy Cottage in June after spending lockdown with Eugenie’s parents Sarah Ferguson and Prince Andrew at the Royal Lodge in Windsor.

Princess Eugenie, 30, donned black leather leggings and a bold red jacket as she and her husband Jack Brooksbank joined friends for dinner at a trendy Notting Hill restaurant this week

The royal, who has taken an active role in praising frontline staff who have been working tirelessly amid the coronavirus pandemic, could be seen beaming as she strolled out of the restaurant with her beau.

She teamed her all black outfit with a bright red jacket and black high heels, and swept her hair back into a neat ponytail.

Princess Eugenie is known to be close with the popstar, with Ellie singing at both the Duke and Duchess of Cambridge’s wedding party in 2011 and at Princess Eugenie’s wedding to Jack Brooksbank in October 2018.

Meanwhile Eugenie and Jack were also among the guests when Ellie and Caspar were married at York Minster last summer. 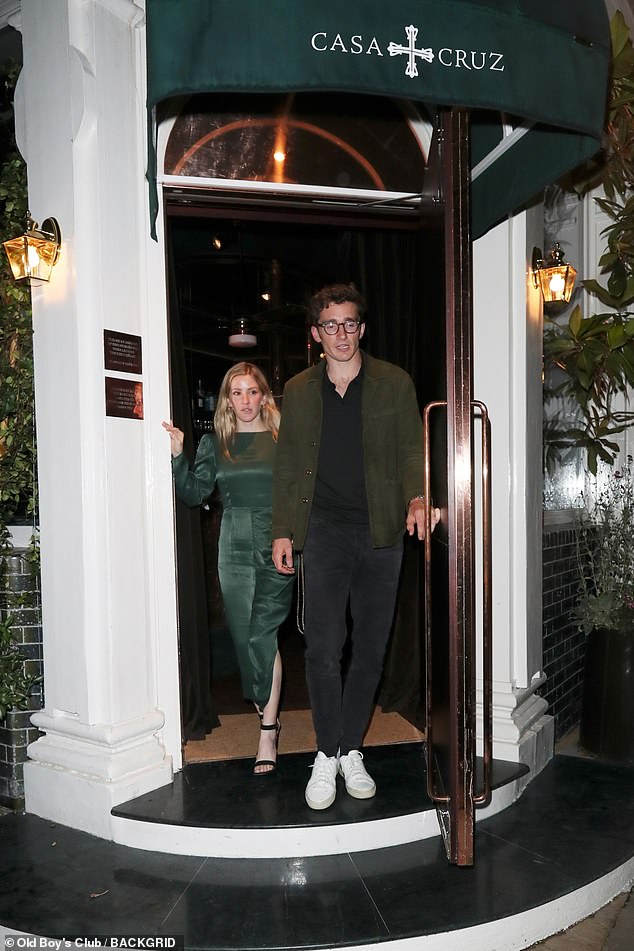 The night out comes after Princess Eugenie joined her sister Princess Beatrice for an emotional video call with an award-winning fundraiser, who admitted her charitable efforts make her ‘feel closer’ to her grandson after he died from cancer.

The royal sisters called Teenage Cancer Trust Award winners last week – which included both fundraisers and frontline workers – to thank them for their contributions to the charity.

During the chat, they spoke with Enid Waterfall, 85, from Wrexham in Wales, who is said to be an ‘unstoppable fundraiser’ because she wants to show appreciation for the care her grandson Richard received when suffering with rare bone cancer Ewing’s Sarcoma, aged 21. 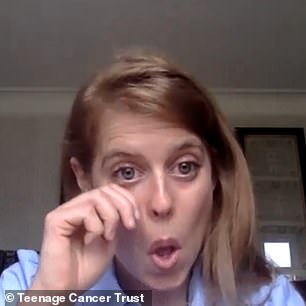 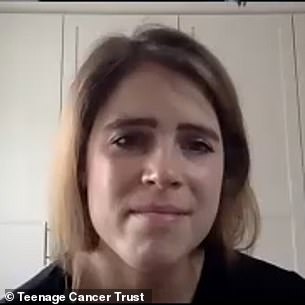 Princess Eugenie’s night out comes days after she joined her sister Princess Beatrice (pictured left and right) for an emotional video call with an award-winning fundraiser, who admitted her charitable efforts make her ‘feel closer’ to her grandson after he died from cancer 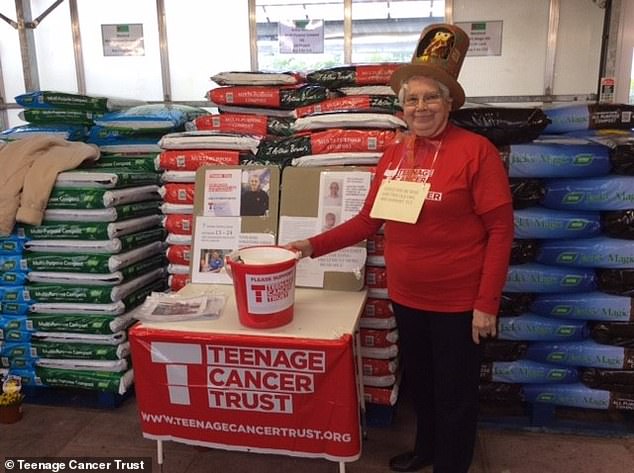 During a chat with Teenage Cancer Trust Award winners, they spoke with Enid Waterfall (pictured), 85, from Wrexham in Wales, who is said to be an ‘unstoppable fundraiser)

He sadly passed away in January 2018, and Enid dedicated her award to her grandson – causing the Queen’s granddaughters to become quite emotional.

The princesses remarked on the never-ending fundraising efforts Enid and her family have undertaken following Richard’s death – having raised more than £28,000.

Princess Eugenie said: ‘First of all, to hear about your grandson Richard – what an amazing thing to do, in honour of his memory. It almost chokes me up a bit because it must be so difficult to do that. 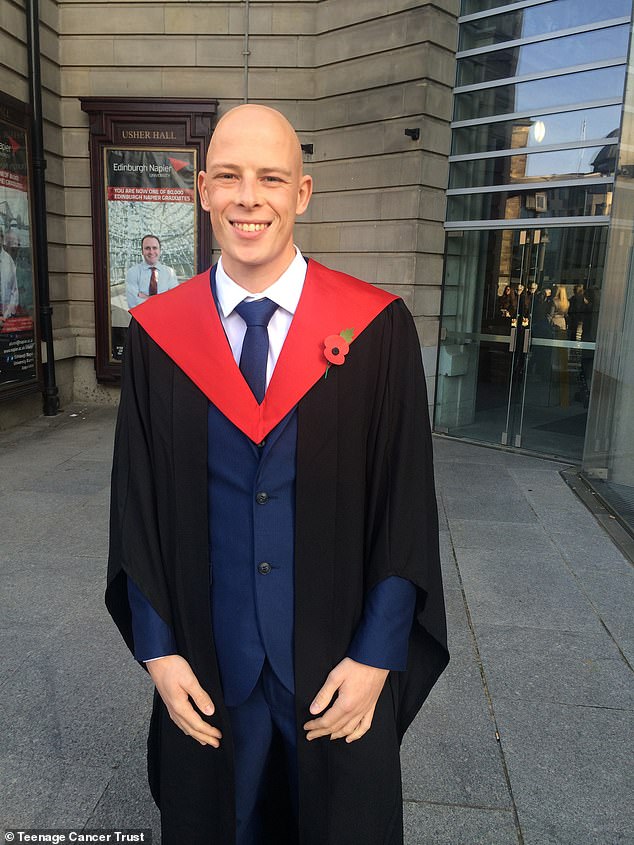 Enid wants to show appreciation for the care her grandson Richard (above) received when suffering with rare bone cancer Ewing’s Sarcoma, aged 21. He sadly passed away in January 2018

The grandmother replied: ‘You feel closer to Richard when you are doing it. It’s not me, it’s the people who give, the people who work with me and who keep giving money time after time.

‘This really is for all those people, my family and for Richard who did so much fundraising before he died. I’m delighted to win this award.’

She apologised as she smiled and wiped away a tear and Princess Beatrice also dabbed at her eyes as she said: ‘Thank you for all your incredible work… for you and also for Richard’s legacy – thank you for everything.’