Princess Charlene has been photographed looking pensive during the first public appearance she’s made with husband Prince Albert since November.

The couple were also accompanied by their seven-year-old twins Princess Gabriella and Prince Jacques, as the family attended the Monaco E-Prix.

They have rarely been seen together since Zimbabwean-born Charlene, 44, spent some 10 months in South Africa last year, receiving medical attention for an unspecified condition.

After returning to Monaco last November, Charlene almost immediately left and went to Switzerland to receive treatment for ‘exhaustion’. 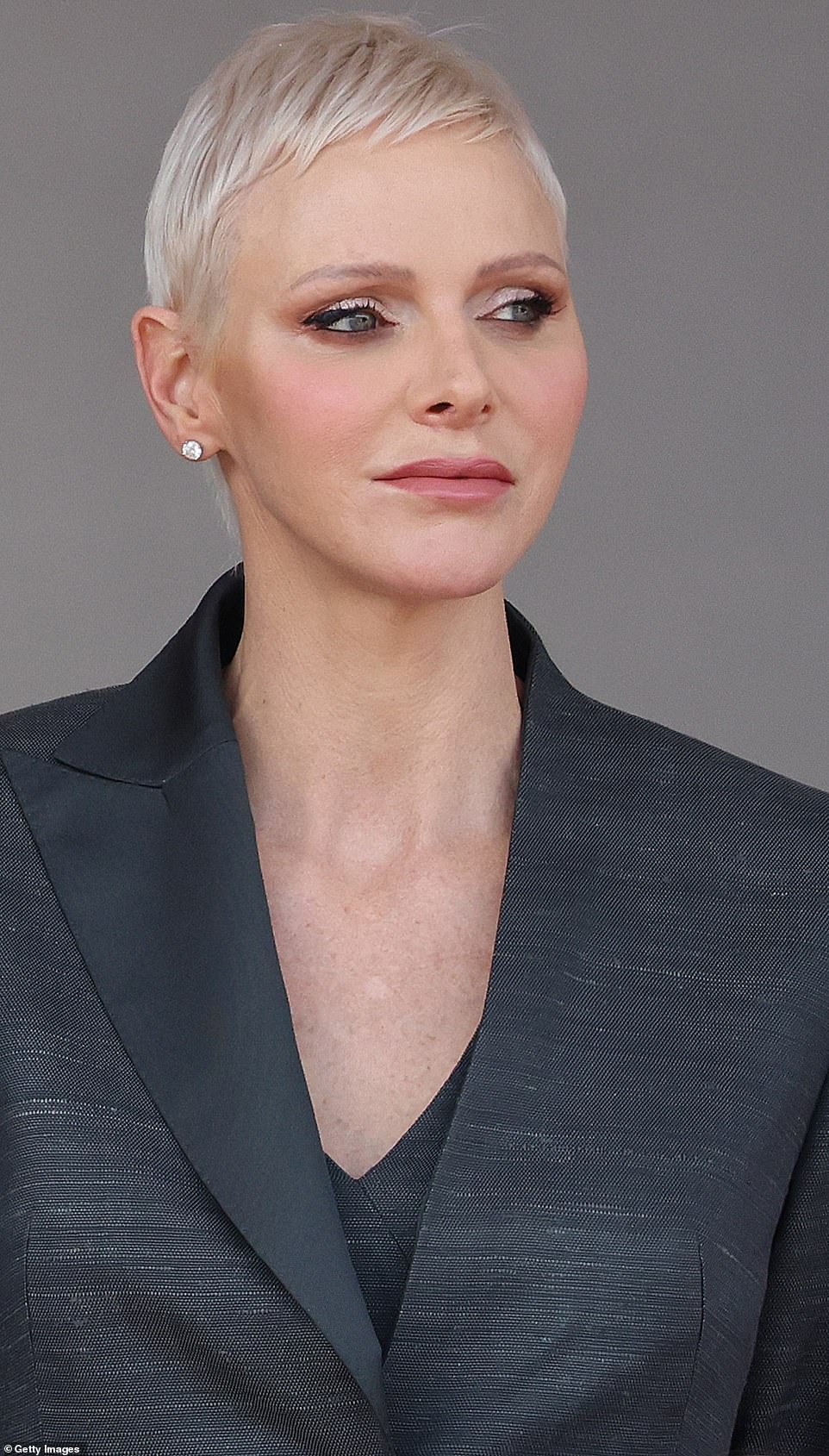 The royal, 44, who has suffered from a number of unspecified illnesses in the last year, was pictured looking pensive at the event

Today’s photos mark the first time the Monaco royals have been seen in public together as a family since Charlene returned to the principality following her treatment.

Charlene was pictured wearing an all-grey ensemble, pairing her trouser suit with a matching top. Her blonde crop was neatly coiffed, and she wore elegant make-up, including liquid eye liner and natural glossy lips.

She faced a variety of health problems, including what the palace has previously referred to as a ‘state of profound general fatigue’.

The Monaco palace has consistently denied media reports of a rift between Charlene and the principality’s ruler Prince Albert, who were wed in 2011, following the princess’ long absence. 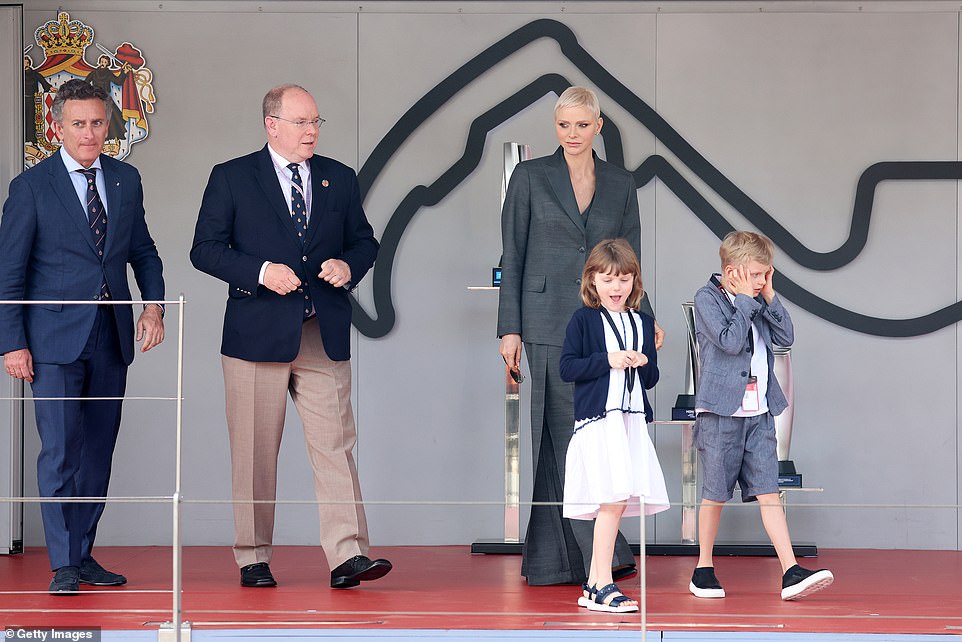 The family was pictured taking to the stage at the motoring event, in their first public appearance since last November 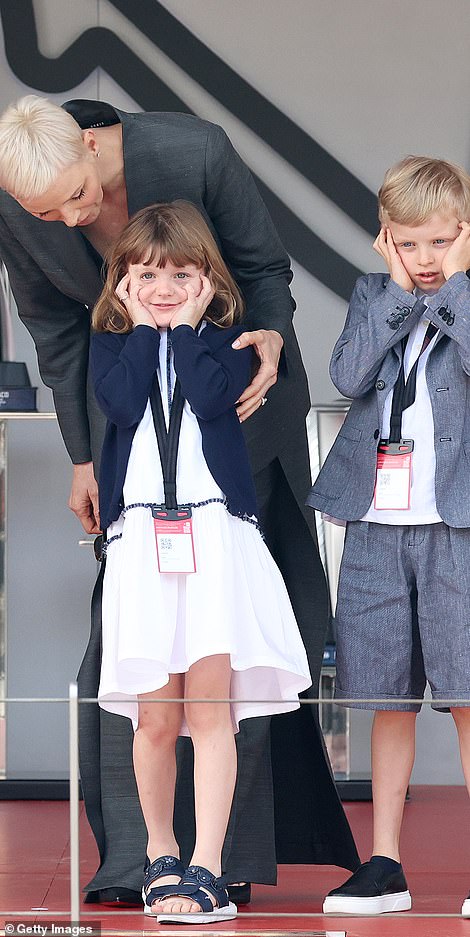 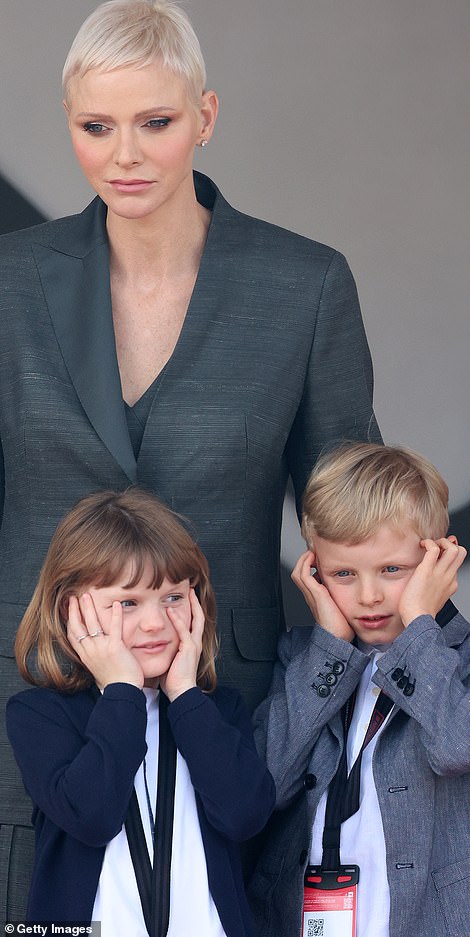 The royal appeared to look glum as she comforted her seven-year-old twins, who appeared to be struggling with the noise at the event

Charlene, 44, (pictured with her seven-year-old daughter Gabriella at today’s Monaco E-Prix) has been suffering from exhaustion, both emotional and physical’ in recent times, her husband told People magazine

‘She was clearly exhausted, physically and emotionally. She was overwhelmed and couldn’t face official duties, life in general or even family life,’ Albert told People magazine in November.

Zimbabwean-born Princess Charlene was hospitalised after collapsing in September in South Africa, where she had been living for several months.

She underwent surgery in October for an ear, nose and throat infection after checking in under a pseudonym in a Durban hospital, a palace source said at the time.

Friends previously told Page Six that the mother-of-two ‘almost died’ while she was in her home country, while her husband spoke out to say she is suffering from ‘exhaustion, both emotional and physical’.

A palace statement released on December 23 revealed Albert and the couple’s children were planning to visit Charlene during the Christmas holidays, as well as asking for the family’s privacy to be respected.

It added that the princess ‘is recuperating in a satisfactory and reassuring manner, although it may take a few more months before her health has reached a full recovery.’ 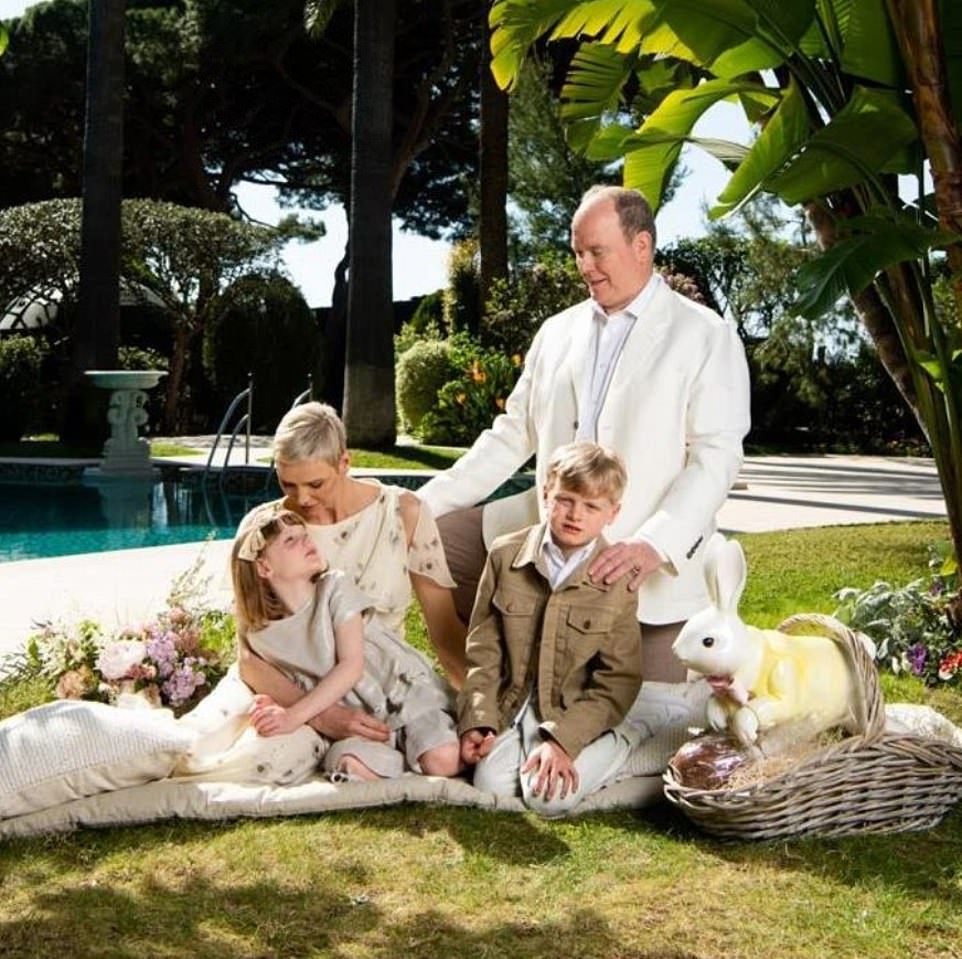 Earlier this month, the family shared an official portrait to mark Easter. According to a body language expert, Prince Albert appeared ‘tense’ as he tried to signal his position as ‘family protector’ 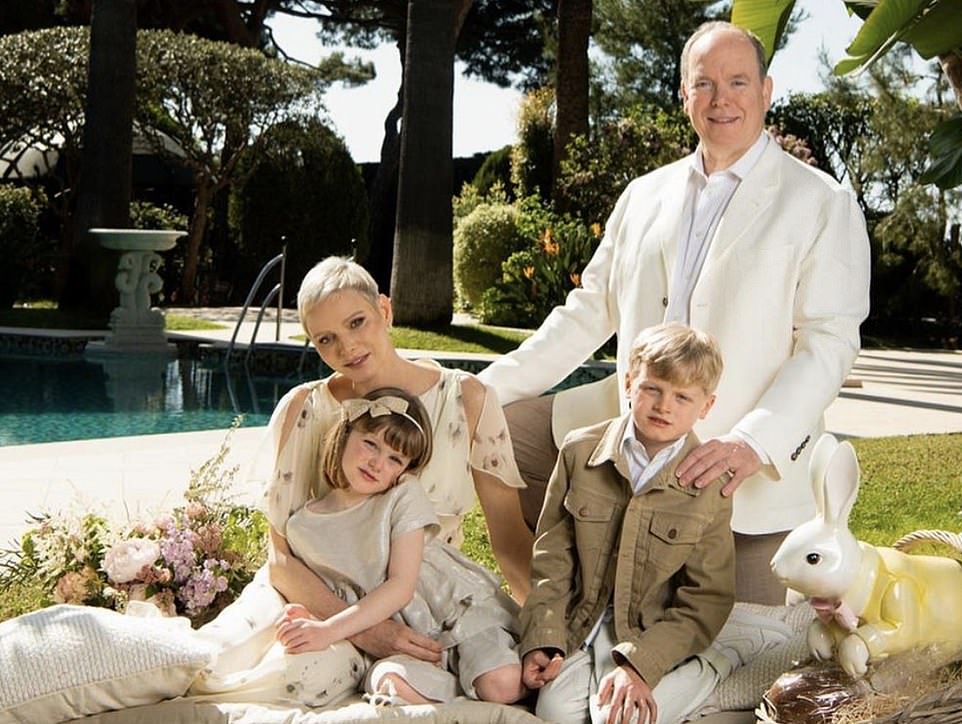 The couple released an official family portrait earlier this month to mark Easter. A body language expert noted that Albert looked ‘tense’ in the image, while highlighting the close bond shared by Charlene and her children.

Body language expert Judi James told FEMAIL that Albert, 64, likely wanted to signal ‘resilience and strength’ with his ‘family protector’ pose in the image – but instead stood ‘awkwardly’ in the background.

Judi added that while Albert was not fully touching his wife, he placed his hand on son Jacques’s shoulder as a ‘gesture of parental reassurance’.

Meanwhile Charlene, 44, demonstrated her ‘loving bond’ with daughter Gabriella, signalling how her relationship with her children has remained strong despite her spending months apart from her family.