It’s been two and a half months since their royal wedding day, and Princess Beatrice and her new husband are clearly still in the honeymoon phase.

With large smiles the newlyweds took a swift walk through Mayfair to Green Park Station in Piccadilly, where Edoardo hailed a black cab.

Princess Beatrice, 32, and Edoardo Mapelli Mozzi, 36, were seen strolling down Curzon Street in Mayfair, West London, on Thursday night on what appeared to be a date night

Beatrice cut a chic figure in an all black ensemble and a houndstooth clutch, while property developer Edoardo wore a loosely fitting casual suit paired with trainers.

After roughly a five minute stroll through central London Edoardo stopped to hail a cab for them both.

Edoardo and Beatrice were seen safely donning their masks before entering the black cab. 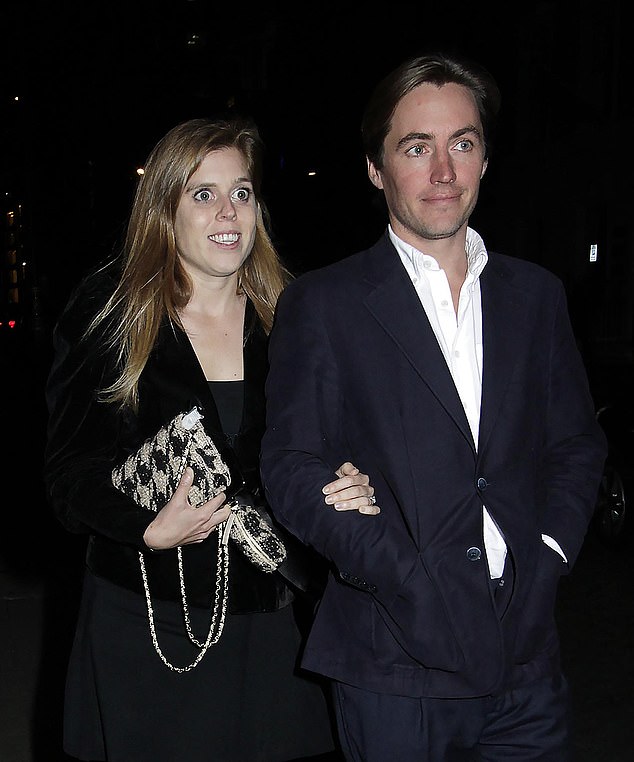 Beatrice kept it simple in an all black ensemble, paired with a hounds tooth clutch which she held in one hand while keeping holding on to her new husband’s arm with the other

The couple are said to have narrowly avoided crossing paths with a former flame of Beatrice’s father, model Monika Jakisic, 40.

Ms Jaksic was seen getting into a car on Cuzon Street after attending the Mayfair club Loulou’s, just minutes before the Duke of York’s daughter walked past.

Prince Andrew was rumoured to be dating Ms Jakisic, a model and former girlfriend of George Clooney in 2014, although the romance was not confirmed. 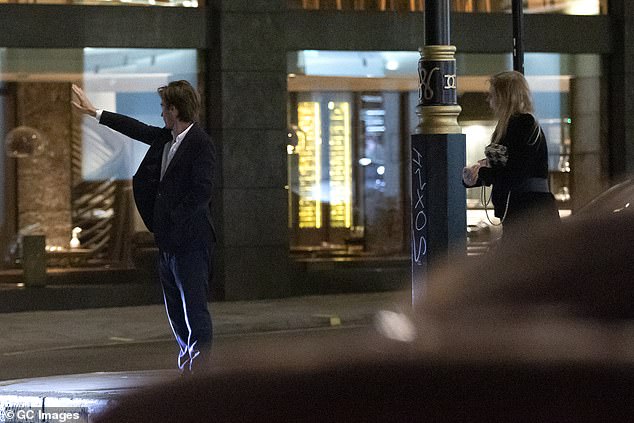 After a roughly five minute walk the pair were seen hailing a cab, before putting on their masks 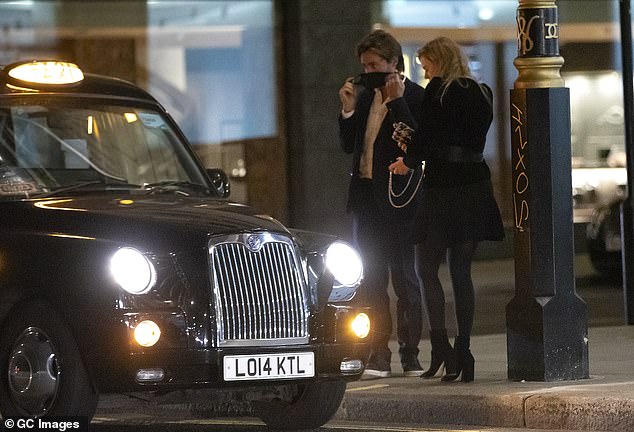 Beatrice’s outfit, with high boot heels, did not appear to be the perfect walking ensemble for their central London stroll

After enjoying a secret wedding at The Royal Chapel of All Saints at Royal Lodge in Windsor on July 17 Princess Beatrice and Edoardo continued their low-key start to married life with a modest honeymoon driving around France.

The couple, who had just 20 guests at their wedding, were spotted by an eagle-eyed tourist as they drove ‘a small car absolutely packed to the roof with stuff’ in the south of France.

‘It was such a surprise to see them,’ the tourist said. ‘Edo was behind the wheel and they looked just like any other couple enjoying the beautiful drive.’ 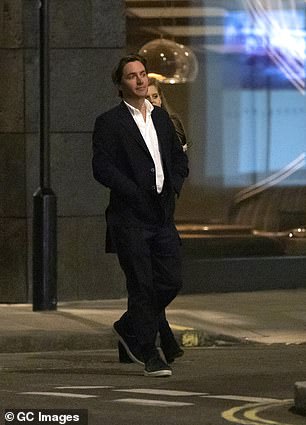 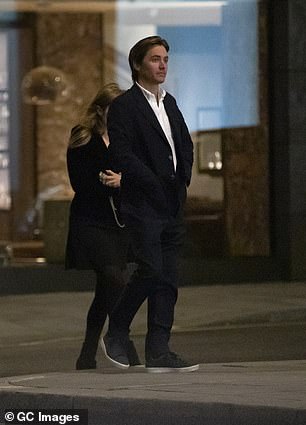 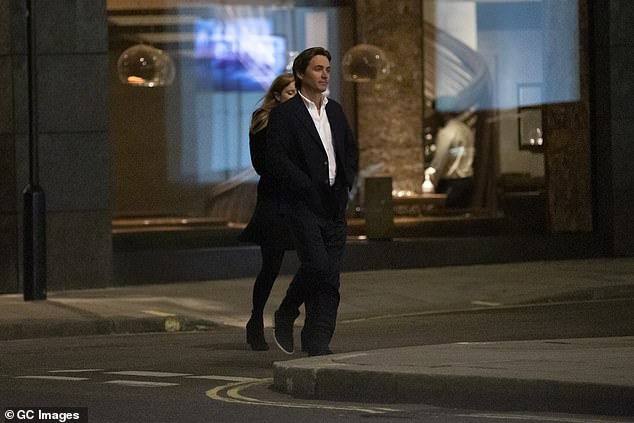