The Queen’s daughter, Princess Anne, is predicted to replace her youngest nephew, Prince Harry, in a senior military role, despite approaching 71.

Princess Anne is to make military history by becoming the first woman ever to head the Royal Marines.

Prince Harry held the post for less than two years, but was stripped of the prestigious Royal Marines job after marrying Megan and moving to the USA.

The Princess Royal currently holds the honorary title of Admiral in the Royal Navy, but her new role is understood to be announced in August after officially being endorsed by the Queen.

Princess Anne is no stranger to military life, being married to a naval officer, Admiral Sir Tim Lawrence.

The Royal family has undergone significant changes in the past few years, currently Prince Charles takes a leading role in public appearances as the Queen, 96, reduces her commitments.

While both Prince Harry and Prince Andrew have had all of their honorary military titles removed from them.

Princess Anne is set to take over as head of the Royal Marines, after her nephew Prince Harry was stripped of his military roles when he stepped back from being a senior member of the Royal family 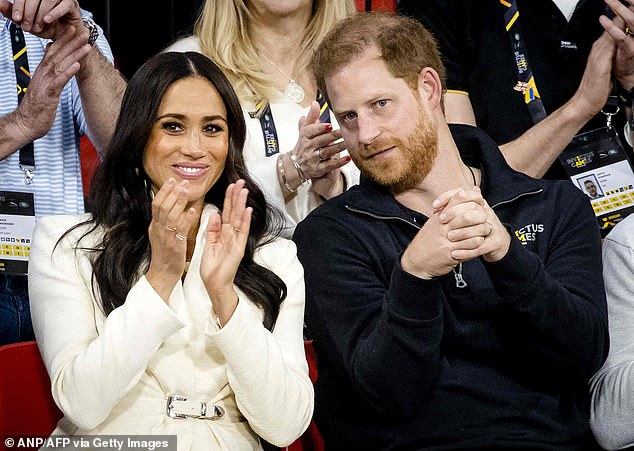 Harry was assigned the appointment of Captain-General of the Royal Marines by his grandfather, Prince Philip, but quit in order to take up a new life in the United States with his wife Meghan

According to the Daily Star Sunday, a number of new military appointments will be announced by Buckingham Palace, including Princess Anne heading the marines and potentially at least two new Army roles.

Regiments such as the marines, the Grenadier Guards, the Irish Rangers and the Yorkshire regiment have been left without an honorary head after Prince Harry and Prince Andrew were removed from their roles.

The Princess, 70, is known for undertaking a large number of public engagements and already heads ten regiments including Colonel in Chief of the King’s Royal Hussars, the Royal Scots, The Gurkhas and the Royal Army Veterinary Corps. 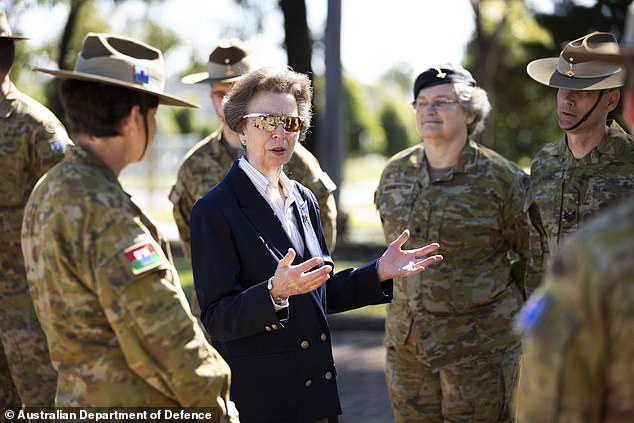 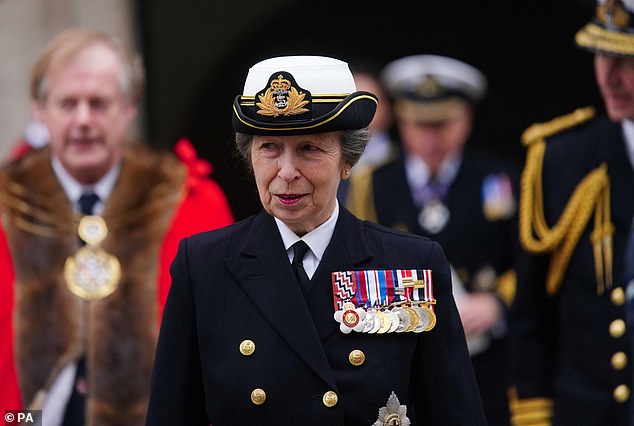 As Captain-General of the 350-year-old Corps, the Princess will be expected to visit young marines in training, attend ceremonial events and join the commandos in the field.

Prince William was understood to be in the running as the new Captain-General of the Royal Marines,  but royal aides limited his workload after it was revealed the Queen would be handing over to Prince Charles.

A senior Royal Marine source told the Daily Star that the Corps would be delighted if the Princess Royal becomes the next Captain-General.

He said: ‘Princess Anne has a long tradition of working with the Royal Navy and would be a perfect fit for the role.

He added: ‘Harry was only with us for a short time and we gave him his green beret, which concerned some people and then he had to stand back from public life’.