The godfather of Prince George and friend to Prince William has upset a community in Oxford with plans to build on his Green Belt land.

Harry Aubrey-Fletcher, who belongs to a prominent landowning family and is a godfather to Prince William’s son, is one of two landowners hoping to build on the land in Sandhills, Oxford.

The green belt land is earmarked for development in the city’s forward plan for homes which is set to be approved by the planning inspectorate but campaigners say building there would pose a threat to wildlife.

Residents claim they have seen deer, foxes and other animals in a copse of trees just north of the field and that development of the land would threaten their habitat.

Campaigners held a demonstration at the site last month which saw small children don animal masks to symbolise the risk to the area’s role as a habitat for wildlife. 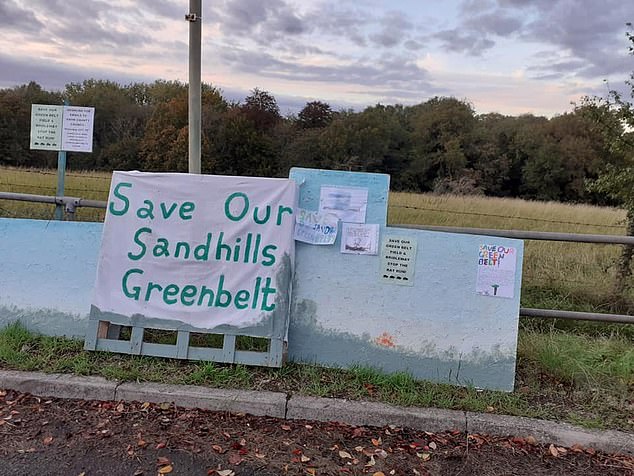 Residents have cited urbanisation, traffic noise and pollution as reasons why they have chosen to demonstrate against the development of green belt and north of Sandhills in Oxford

Harry, 38, is one of Prince William’s closest friends, having attended Ludgrove Prep School and Eton with him.

The Duke and Duchess of Cambridge attended Harry’s wedding to Louise Stourton in January 2011, just four months before the couple’s own nuptials.

Prince William was an usher at the ceremony, held at Aldborough Parish Church in Boroughbridge, West Yorkshire.

Harry is the youngest son of Sir Henry Aubrey-Fletcher, 8th Baronet and Lord Lieutenant of Buckinghamshire.

Demonstrators from Oxford pointed to Prince William’s recent work to help the environment and urged him to speak with Mr Aubrey-Fletcher.

The campaigners hope William, who has been championing a global effort to save species, will put pressure on his pal to drop the plans to save wildlife.

Cushla Cooper, a parent of some of those who took part in the protest on the edge of the field, told the Oxford Mail: ‘The children care deeply about what is going on, just like Prince William’s children.

‘We know a quarter of mammals and nearly half of our birds are at risk of extinction – that’s why Prince William set up Earth Shot.

‘However, he needs to tell his friend that urbanisation, traffic noise, light pollution, and footfall this close to protected woodland will destroy wildlife.’ 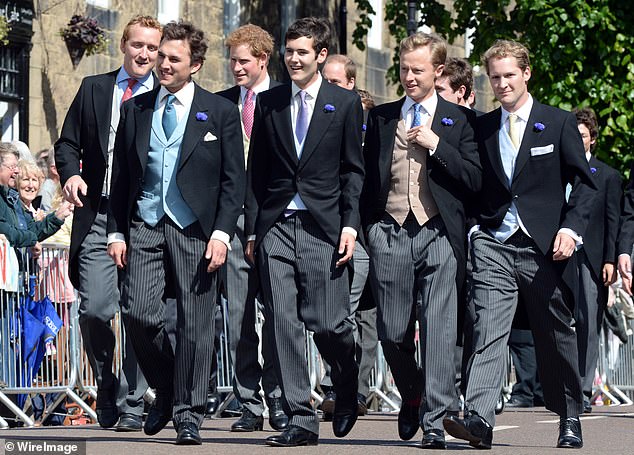 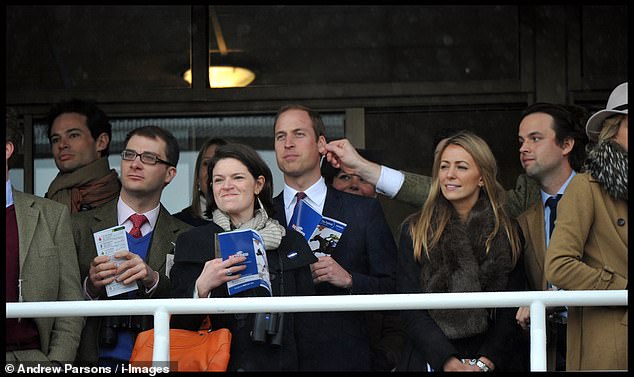 Pictured: Harry Aubrey-Fletcher hit headlines in 2013 after he was snapped tugging Prince William’s ear as he watched the opening race of that year’s Cheltenham Festival in March

Earlier this year, Prince William launched Earth Shot – a new environmental prize designed to encourage people to help come up with ways to save the planet from global warming.

A planning consultant for the Aubrey-Fletcher and Buswell families told the newspaper the proposals to build on the land were far from a done deal.

Harry Aubrey-Fletcher made headlines in 2013 for playfully tugging on Prince William’s ear during that year’s Cheltenham Festival.

He was also one of the main guests at Prince Harry’s wedding to Meghan Markle.