The Royal Family joined millions of Brits up and down the country and stood on their doorsteps for the fifth week running to say thank you to frontline staff amid the coronavirus pandemic.

Prince William, Kate Middleton, and their children Prince George, Princess Charlotte and Prince Louis put their hands together to praise everyone from NHS healthcare workers to shop assistants who are risking their lives to keep the country going.

The couple’s three children have been encouraged to take part in the ‘clap for carers’ every week, and were joined by Prince Charles and Camilla who are currently staying at Clarence House.

The NHS and its staff is something that William and Kate have put at the heart of their private and professional lives, and this week announced a new initiative to support key workers by providing a dedicated mental health support system, Our Frontline.

For the fifth consecutive week, people from around the country stood out on their doorsteps to clap for a minute as a thank you for the brave staff on the frontlines battling the coronavirus. 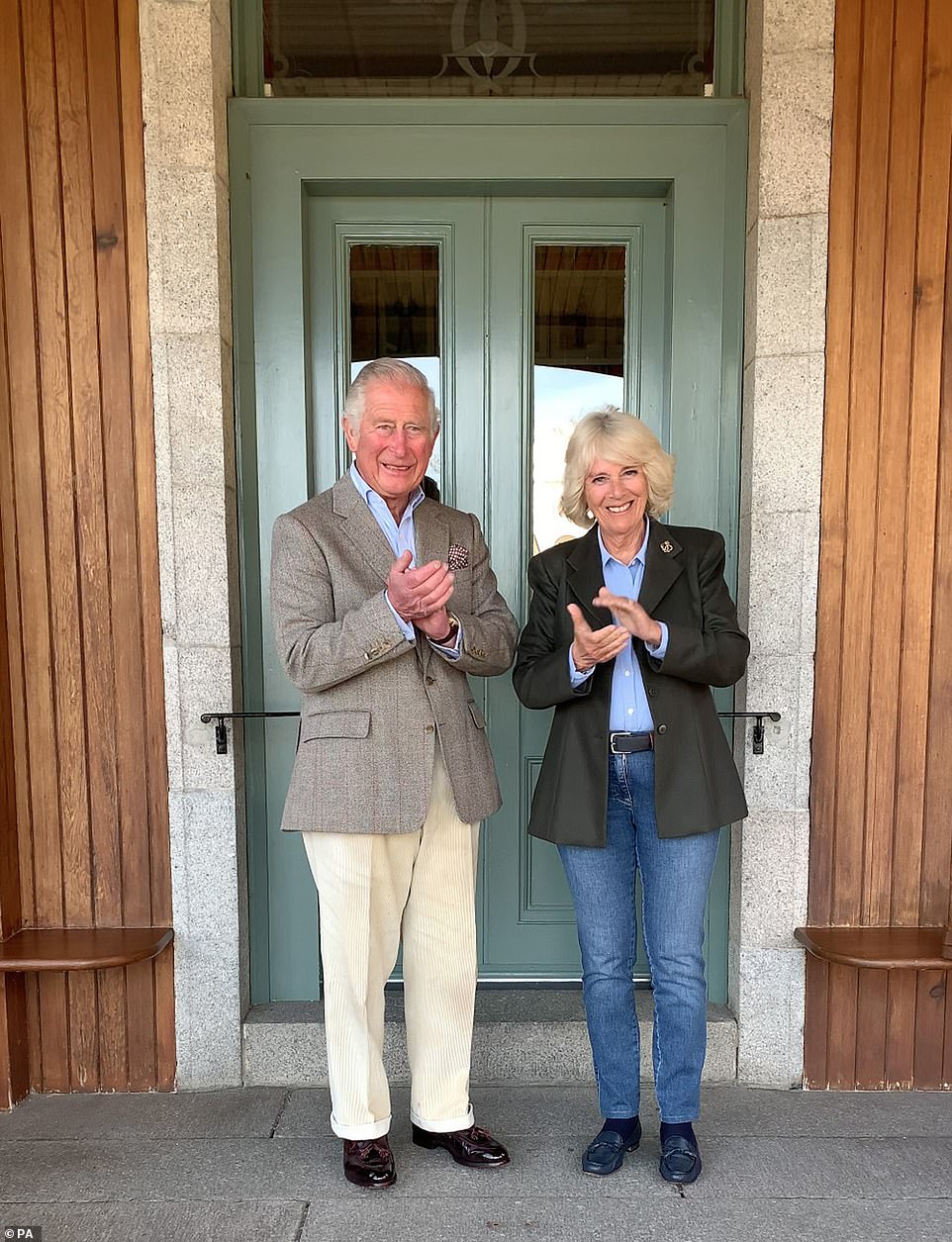 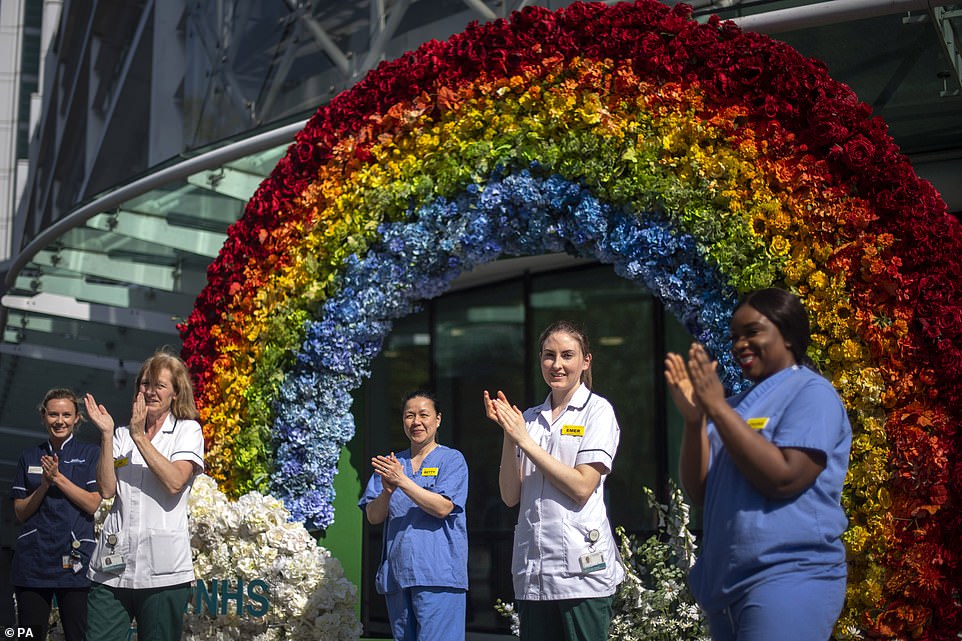 NHS nurses and occupational therapists help to unveil a rainbow floral display outside the University College Hospital today at Euston Road, in London to thank the public for their support during the ongoing Coronavirus pandemic 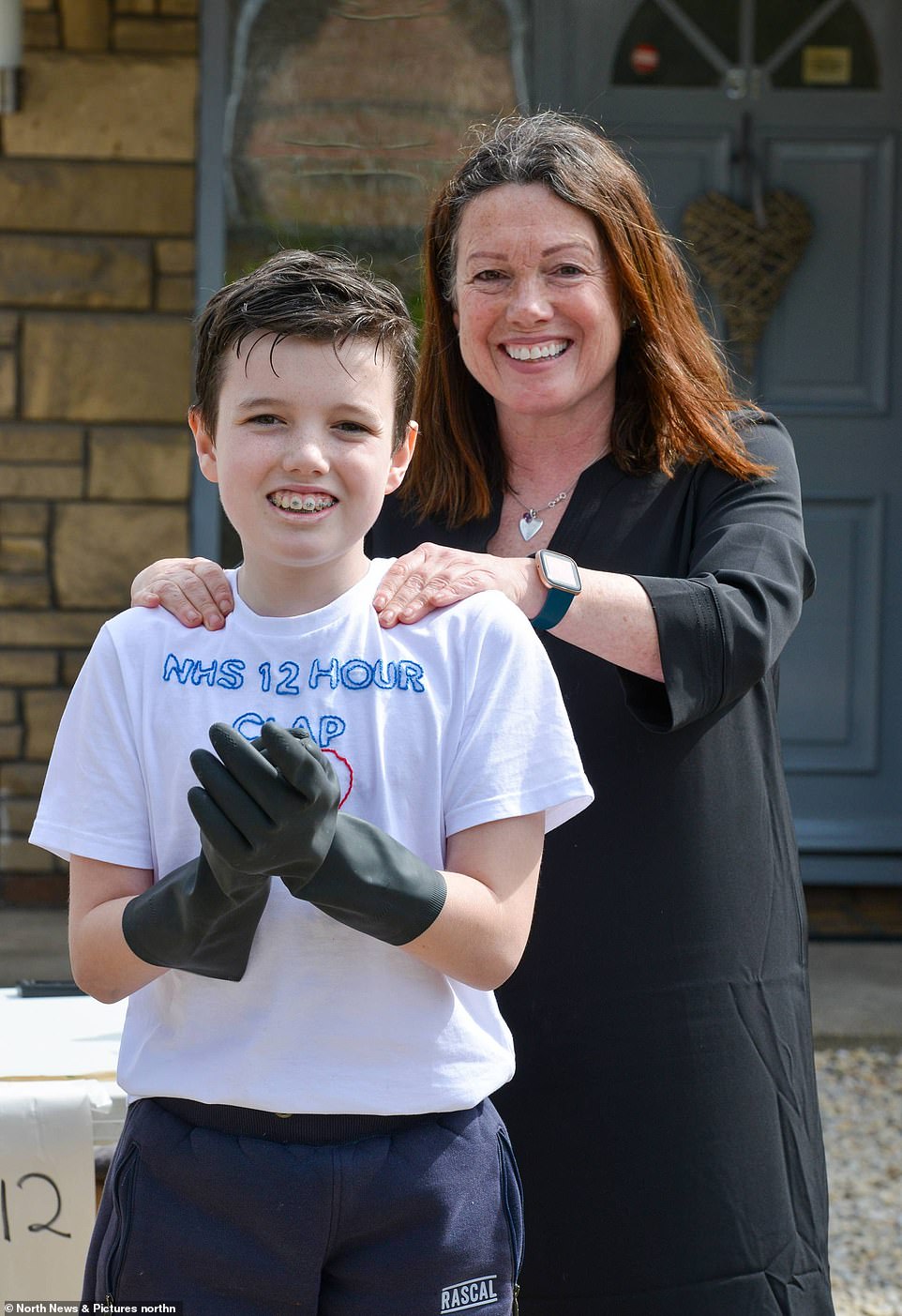 13-year-old Theo Woods, who is taking part in a 12-hour clap for carers outside his home in Hartlepool today, clapping continuously to show his support for NHS staff and key workers from 8am until 8pm while raising money for the NHS. This picture shows Theo getting a shoulder massage from his mum Christine. See story and VIDEO by North News

The touching gesture of national solidarity came just hours after a virtual tribute to the NHS was traced across the skies of North Antrim just hours before the weekly clap for carers.

The Northern Ireland fixed wing Air Ambulance, operated by Woodgate Aviation, were behind the the initials on Thursday.

The route taken by the King Air BE20 aircraft could be seen on flight tracking apps Planefinder and Flightradar as it flew at 15,000ft over Coleraine and Ballymoney.

The Air Ambulance was on a proving flight following maintenance work at the Woodgate hangar at Belfast International Airport.

Pilot Nick Byrne, from Bangor, Co Down, was at the controls during the solo flight.

‘Completion of maintenance work on the King Air coincided with the weekly ‘clap for carers’ when people show their appreciation for NHS staff,’ he said.

‘We decided we would try to write NHS in the skies which could be seen on aircraft tracking apps.

‘I’ve never attempted anything like this before and although there was a little wavering, I’m delighted with the outcome.’

Woodgate Aviation operations manager Keith McKay added: ‘We have a long track record of working with the highly professional and dedicated staff in the NHS, and this was our way of applauding the tireless work they do in our hospitals.

‘We all owe frontline staff such an immense debt of gratitude that we felt this would be a fitting and novel way of recognising their efforts on our behalf.’

It came as two thirds of Britons have said the UK should be given an extra bank holiday to celebrate medics and care staff who battle the coronavirus pandemic. 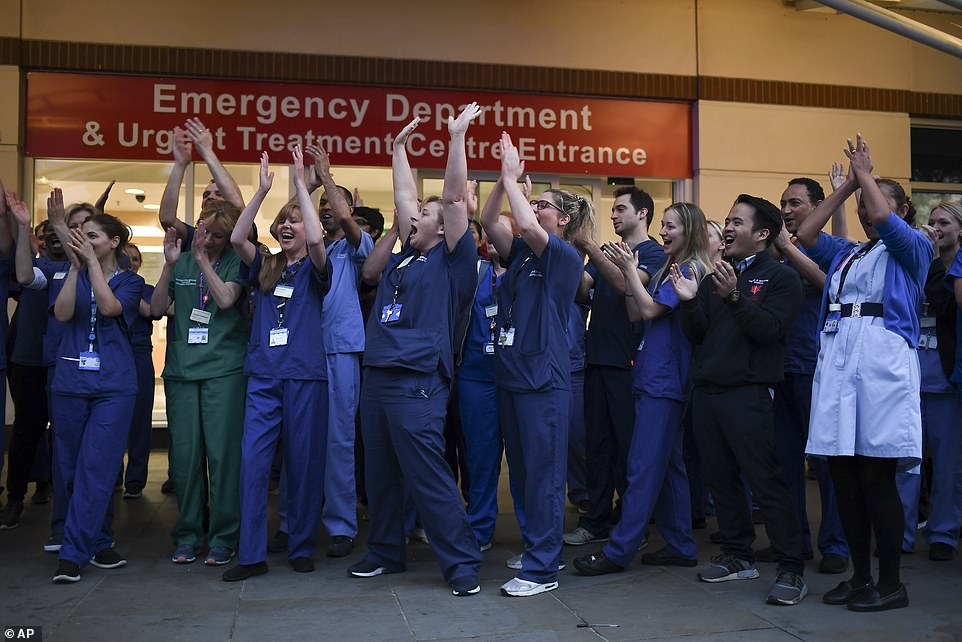 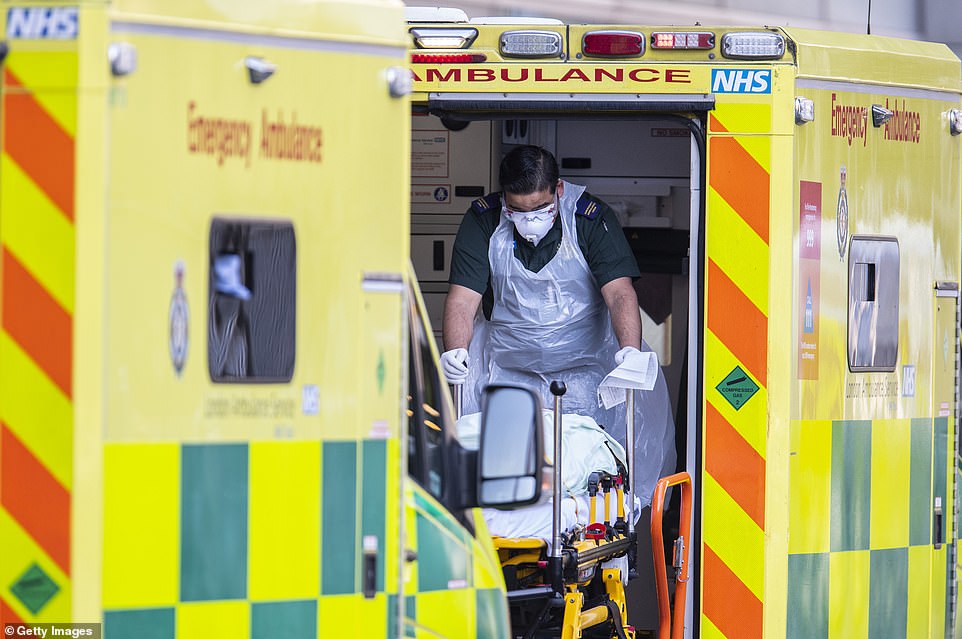 As campaigns such as Clap for Carers, Captain Tom Moore’s walking challenge and other fund raising appeals shine a light on how much the UK loves the NHS, many think health care workers deserve further recognition.

So far in the UK it has been reported that over 100 NHS and care workers have died from the coronavirus, and the report suggests the public want more to be done to ensure the safety of key workers.

A report by the Institute for Public Policy Research think tank revealed that Britons want a new bank holiday – to celebrate both health and care workers.

A YouGov poll found that almost two thirds of the population supported this proposal, compared to a quarter who opposed.

The report also found that the UK supports more intervention from the UK government.

The public wants more substantial support for workers putting their lives on the line to fight the coronavirus pandemic.

This is while 95 per cent of people supported more support for their mental health needs. 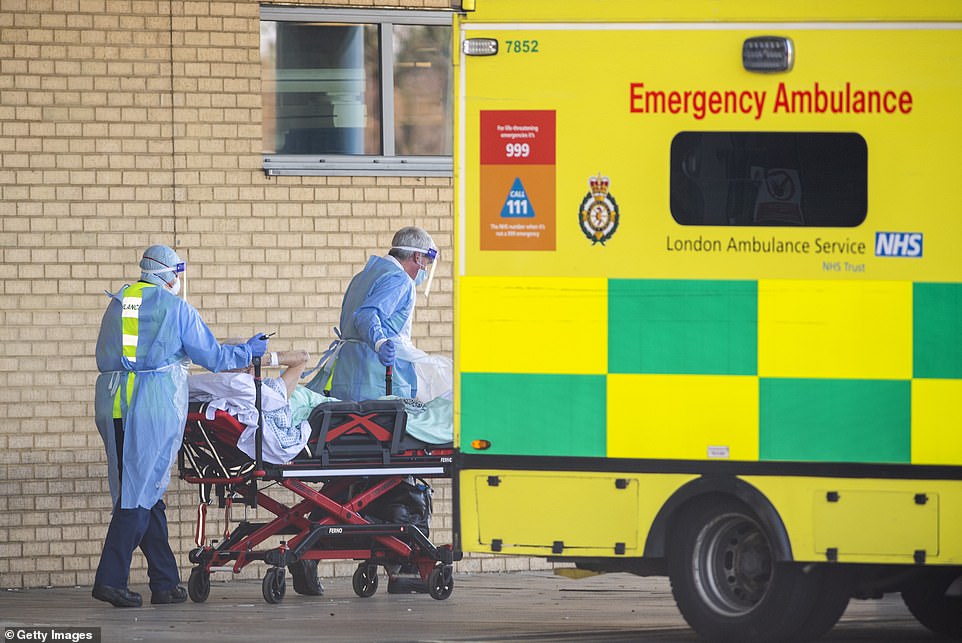 88 per cent were in favour of more generous pay and leave entitlements for them.

The report also proposes a five point plan for a ‘Care Fit for Carers’. The guarantees echo that made in the First World War.

During that time there was a ‘homes fit for heroes’, the new report demands that the government must deliver such a package for NHS and care workers.

The five guarantees would be: safety, accommodation, mental health, pay and care.

It warns that if action is not take, there will be a serious strain on key workers.

Chris Thomas, IPPR Health Research Fellow and lead author of the report, said: ‘Our care heroes are making significant sacrifices to pull our country through this crisis. But government must ensure people’s lives, livelihoods and security are not lost unnecessarily. That means taking urgent action’

‘Care Fit for Carers is about giving the heroes of the coronavirus pandemic the protection, support and security they need. No one should have to put their health at risk because PPE is lacking.