Prince William has been hailed as ‘wonderful’ after he showed off his sign language skills today while presenting awards at Buckingham Palace.

The 37-year-old beamed as he signed ‘congratulations’ as he gave an MBE to sign language expert Alex Duguid, who has signed Emmerdale and Coronation Street for deaf ITV viewers for decades.

The Duke of Cambridge stepped in for the Queen during the ceremony and also bestowed awards on Sir Andrew Strauss, who was made a Knight Bachelor of the British Empire.

Social media users praised William for trying to use sign language during the presentation.

One Twitter user said: ‘Well done, Prince William! Did you all know his Mum Princess Diana learned sign language as patron of the British Deaf Association?’

Another said: ‘How wonderful of Prince William to take the time to learn sign language. That is how a royal with integrity acts. So incredibly thoughtful.’

Another added: ‘This made me so emotional. A video of Prince William using sign language, will show this to my niece. I’ll never understand why sign language isn’t mandatory in school. Thank you.’ 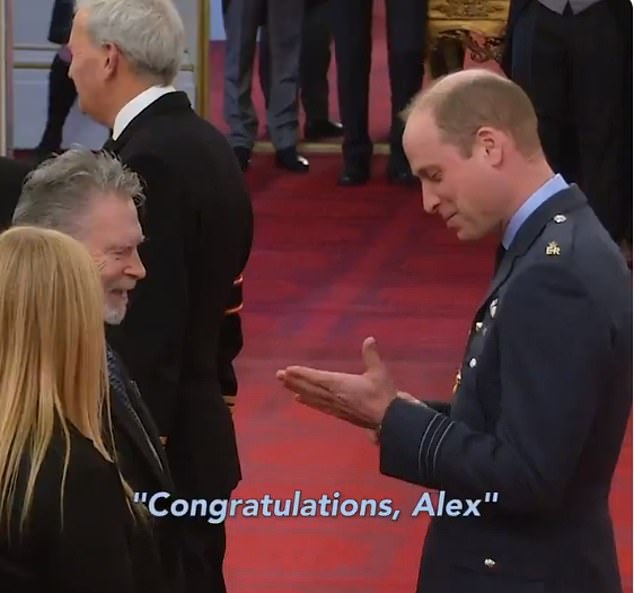 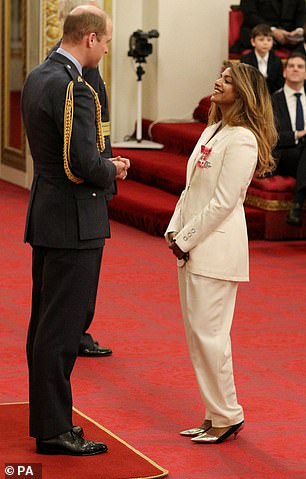 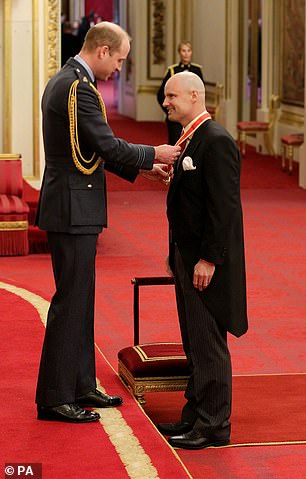 Prince Williams mother, the late Princess of Wales, had previously been a patron of the British Deaf Association (BDA).

The organisation had previously hailed her as an ‘inspiration to the Deaf community’. 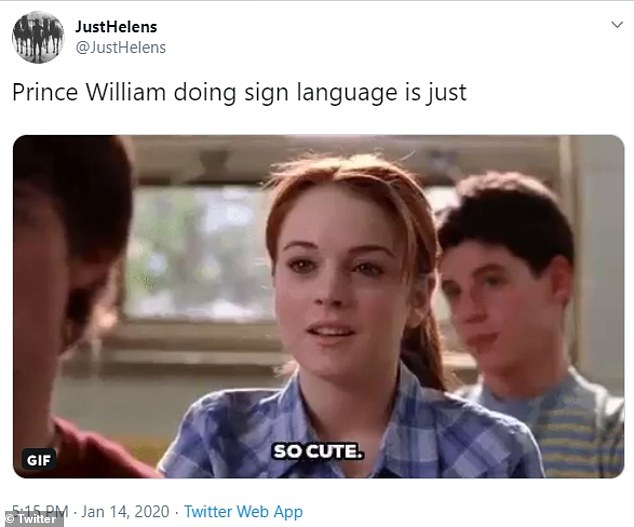 The praise for William will come as a welcome relief to the Royal family who have had a turbulent week after Meghan and Harry’s shock announcement.

This morning Prince William surfaced for the first time since the Queen agreed the couple could quit as senior Royals and plan a new life together in North America with their eight-month-old son.

The Duke of Cambridge was on the school run in London this morning after spending yesterday afternoon in face-to-face talks with his grandmother, father and Harry amid claims of a deep rift between the two siblings and their spouses after a series of rows dating back a year.