EXCLUSIVE: Prince Harry will get behind the wheel of a Land Rover as his driving skills are put to the test at first medal event of Invictus Games

By Paul Thompson In The Hague, Netherlands, For Mailonline

Prince Harry is to take part in the first medal event of the Invictus Games where his driving skills will be tested.

The founder of the games will get behind the wheel of a Land Rover this afternoon where is skill and navigational ability will be put to the test.

Meghan will not take part but watch from the sideliners as he attempts The Land Rover Driving Challenge.

Having lived in the US for two years he will have no trouble adapting to a car that is left hand drive.

A specially designed course has been built at the Zuiderpark in The Hague where all the events involving 500 competitors from 20 countries will take part.

A source at the games told Mail Online: ‘Harry is being a good sport and agreed to drive one of the Land Rovers in the challenge.

Harry will face a series of obstacles that he has to manoeuvre around. Each of the teams must tackle the obstacles in a prescribed order. 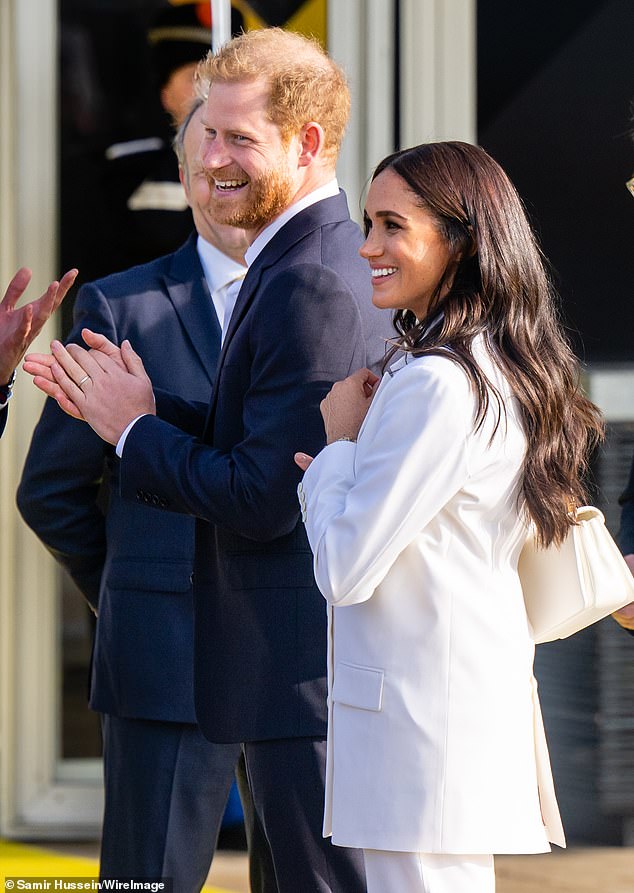 Each driver’s performance will be measured on how accurately the vehicle is driven using a points based system.

Jaguar Land Rover are one of the main sponsors of the 2022 games.

Harry and Meghan kicked off the weeklong sporting event for military veterans by attending a reception for competitors and family members on Friday evening.

The couple were given a rapturous welcome with clapping and cheers as they entered the marquee holding over 300 guests.

After a brief speech by Harry they spent more than an hour mingling with guests with many of the USA team thrilled to see Meghan with her husband.

As part of the driving challenge Harry and other competitors will be tested on their skills and awareness while handling the vehicle.

A film crew from Netflix will be in attendance gathering material for their docu-series called Heart of Netflix. 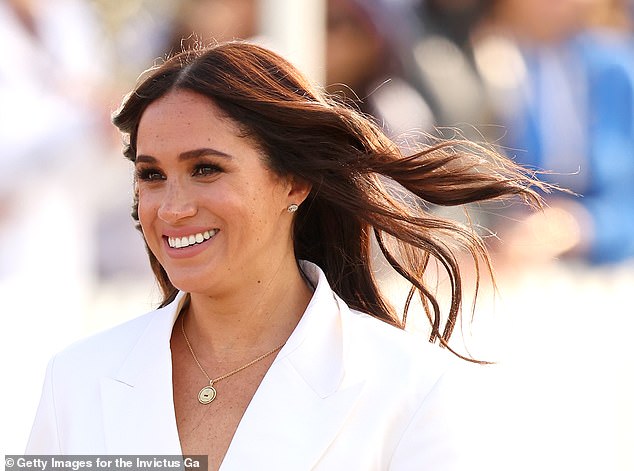 A team of three men and a woman have been following the couple around The Hague since they arrived after a brief stop at Windsor to see the Queen and Prince Charles.

The royals are said to have had a ‘clear the air meeting’ following attacks on the family by Meghan in the controversial Oprah Winfrey interview and other comments by Harry.

After taking part in the driving challenge Harry and Meghan will attend the opening ceremony of the games that will begins with music chosen by many of the competitors.

Those taking part in the games will join a parade into the stadium where Harry will officially declare the games open.

The opening ceremony is a ticket only event and for security reasons those who paid for an entrance ticket had to supply their home address.

Tickets were posted out and are not being sold on the day.

Security around the couple has generally been relaxed with few visible signs of police officers on duty at the Zuiderpark.