Prince Harry’s secret visit to Windsor was a way of ‘slowly starting to rebuild some bridges’ with his father, a royal biographer claims.

The Duke of Sussex and wife Meghan flew in to the UK together on Wednesday for the first time in two years.

As well as meeting the Queen at her official residence, it is believed the couple also made arrangements to see Prince Charles, and his wife, the Duchess of Cornwall.

Harry was heavily criticised for not attending last month’s memorial service for his late grandfather, the Duke of Edinburgh, who died a year ago last Saturday. But at the time his spokesman said he hoped to see his grandmother ‘soon’.

Harry and his father have spoken only rarely over the last two years and he heavily criticised Charles in last year’s tell-all Oprah interview for failing to support him and allegedly cutting him off financially – claims roundly disputed by supporters of the future king who say he has been left desolate by his younger son’s rejection.

He is also said to be deeply concerned about Harry’s forthcoming memoirs due to be published later this year which he fears will be further used to settle scores.

Royal biographer Phil Dampier said the meeting was likely an opportunity to try and begin mending some of the damage the relationship has suffered in recent years.

Prince Harry’s secret visit to Windsor was a way of ‘slowly starting to rebuild some bridges’ with his father, a royal biographer claims 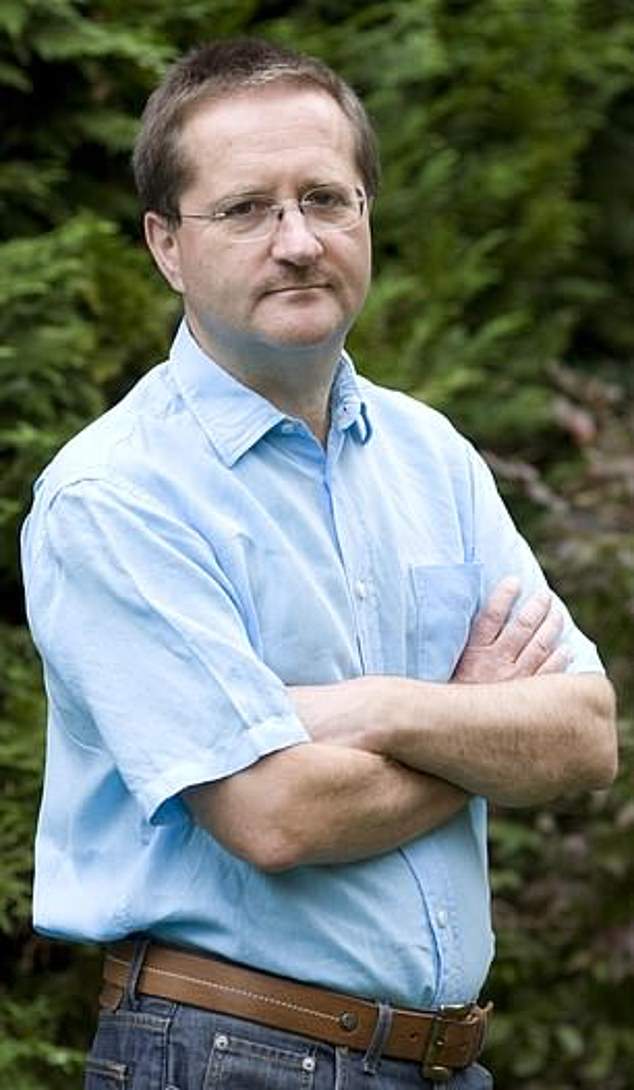 He told The Sun: ‘I think Harry has realised that it looked very bad that he didn’t come to Prince Philip’s memorial service and perhaps he’s having second thoughts about how he’s been playing things.

‘It would have been nice if Prince William was able to see him as well. I think it means Harry is finally rebuilding some bridges.’

It is the first time that the Duchess of Sussex has set foot on UK soil for two years after she and Harry acrimoniously quit as working royals and left the royal family reeling with their score-settling Oprah interview in which they accused an unnamed senior royal of racism.

She last saw the Queen at an awkward Commonwealth Day service on March 8 2020 but has claimed since to regularly speak to her on the phone and over video calls.

Harry, 37, has not seen his grandmother in person since Prince Philip’s funeral last April when he flew over briefly from their new home in the US. But their contact would have been limited because of Covid restrictions.

He has since launched a High Court legal action against the Home Office claiming it is too dangerous to bring his family to the UK after being stripped of his official Metropolitan Police protection.

It is not known how the couple arrived – whether they took a private jet or flew in commercially – but their presence is the talk of locals on the Windsor estate, the Mail understands.

They arrived incognito on Wednesday and are believed to have stayed at Frogmore Cottage, the home they have kept on despite quitting the UK where Princess Eugenie and her family currently stay, overnight.

They are not believed to have their children, Archie and Lilibet with them.